The 22-year-old has won two prizes at The Stage newspaper’s Debut Awards.

He shared the prize for best performer in a musical with Shan Ako of Les Misérables, and audience members voted him the best West End debut performer.

The Stage described Tutty’s turn in the title role of Dear Evan Hansen as “a truly star-making performance”.

When the show opened in November, the Evening Standard newspaper praised his “startlingly raw and convincing” portrayal, while The Times said he was “superb”. 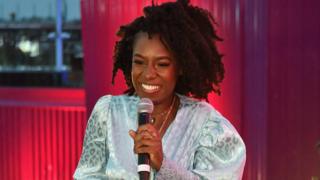 The first time he tried out for the role – in his first professional audition – he froze. But he tried again after getting an agent, and this time impressed the casting director.

Tutty played the titular high-school student from November until theatres closed in March. He won a What’s On Stage award and earned an Olivier Award nomination earlier this year.

It was the first UK production of the hit show, which helped make a star of its original Broadway leading man Ben Platt.

At The Stage Debut Awards, the other nominees for best West End debut performer included comedian David Mitchell for The Upstart Crow and The Wire’s Wendell Pierce for Death of a Salesman.

The Stage went ahead with its awards despite the fact there have been virtually no theatre shows for six months. Sunday’s event was a virtual ceremony.

09/28/2020 Entertainment Comments Off on West End newcomer honoured for ‘star-making’ turn
Recent Posts
We and our partners use cookies on this site to improve our service, perform analytics, personalize advertising, measure advertising performance, and remember website preferences.Ok