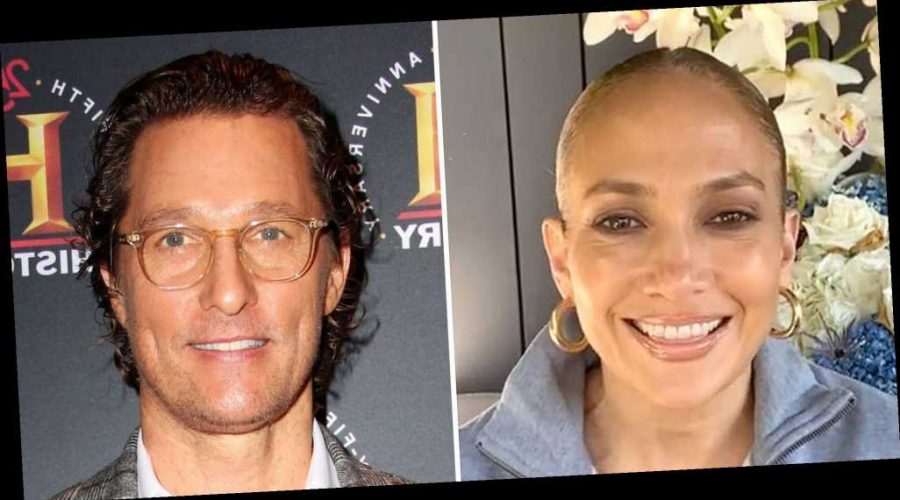 Grab the brown M&M’s! Jennifer Lopez and Matthew McConaughey reunited virtually on Tuesday, January 26, to celebrate the 20th anniversary of their film, The Wedding Planner.

The former costars played wedding planner Mary Fiore and Dr. Steve “Eddie” Edison, respectively, who fall in love after meeting in the streets of San Francisco when Mary is almost hit by a dumpster. The problem: Steve is the groom of one of Mary’s clients. Two decades after shooting together, the pair reflected on their time on set, focusing on two of the most memorable scenes.

“It still feels like just yesterday we were in the middle of that field with the movie theater,” Lopez, 51, told McConaughey, also 51, during an Instagram Live interview. “Do you remember doing that scene where you were about to kiss me?”

The “Jenny From the Block” singer noted that during the park scene, where their characters get their happily ever after, McConaughey gave her a heads-up before they kissed.

Lopez then revealed why the dumpster scene, which is when their characters first meet, was her favorite.

Best Rom-Coms to Watch When You’re Stuck at Home

McConaughey fondly looked back at that scene, saying it made him realize that “J. Lo’s baller.”

The Dallas Buyers Club actor recalled Lopez doing her own stunts in the film as well. “A lot of people wouldn’t have done that,” he said. “That was the day when I was like, ‘Oh, yeah, J. Lo breaks a sweat.’ When you’re on set, you love to do the work.”

The Grammy winner said she wanted to “make it look like it’s really about to hit me before he comes in,” saying the duo had “some close calls there.”

McConaughey, however, remembered easing Lopez’s fears about the scene by telling her, “I will not be tardy.”

Both actors revealed that they get stopped a lot to talk about the rom-com, which came out in 2001, explaining that they have nothing but good memories from set.

“I so enjoyed working with you,” Lopez told her former costar. “It was like a magical time. I’m such a romantic too that working on those types of movies have a real feel to me.”

The Oscar winner explained that “we need a little lightness” in movies, adding that The Wedding Planner made viewers feel like they were “dancing across the clouds. It feels a little like Saturday while you’re watching.”

Before signing off, Lopez promised McConaughey that “we’re going to do something again, baby,” adding, “I miss your energy. I hope to be around you soon.”

McConaughey, for his part, praised the Shades of Blue alum for how “deliberate” she is in everything she does. “I’ve always called you a quad-threat, which is actually underselling,” he added, noting she does more than four things perfectly.