On a cold, snowy night, there is nothing better than grabbing a cup of hot cocoa and enjoying this season’s Netflix Christmas movies. The streaming service has stepped up with a slate of original movies along with some classics we know and love.

This year, the must-see movies include appearances by Kurt Russell in The Christmas Chronicles, Vanessa Hudgens in The Princess Switch and Kat Graham in The Holiday Calendar — all of whom star in Netflix’s 2018 lineup of original Christmas movies. If you are looking for a Christmas classic, try How the Grinch Stole Christmas with Jim Carrey, George Balanchine’s The Nutcracker (which stars a very young Macaulay Culkin!) or an irreverent take on Christmastime with Billy Bob Thornton in Bad Santa.

We promise, there’s something for everyone on Netflix this Christmas season, and even if you watch just one of these films, we know it’ll get you in the holiday spirit in no time. Check out the 2018 list of Christmas films we have gathered for you.

A version of this article was published in December 2016. 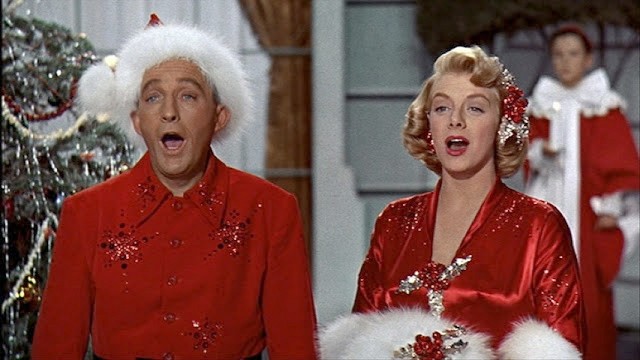 May your Christmas be as merry and bright as the movie musical White Christmas starring Bing Crosby, Danny Kaye and Rosemary Clooney as singers putting together one big show to save their friend’s bed-and-breakfast. 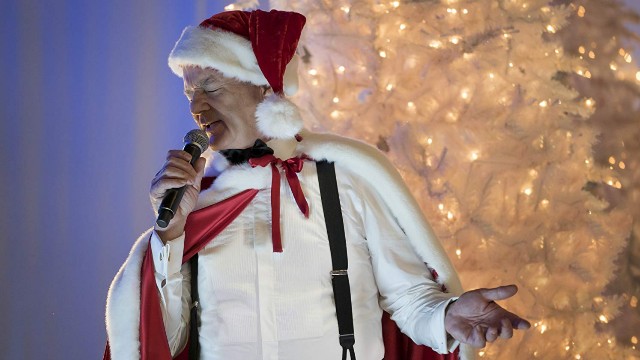 Bill Murray gets his own hilarious Christmas special centered on the premise that Murray is snowed into a hotel with some of his dearest friends. 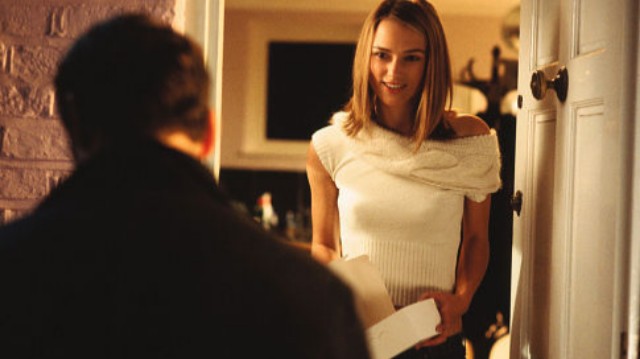 Now a classic, Love Actually is heavy on the holiday romance in all its forms as you follow multiple storylines of Londoners falling in and out of love throughout the Christmas season. 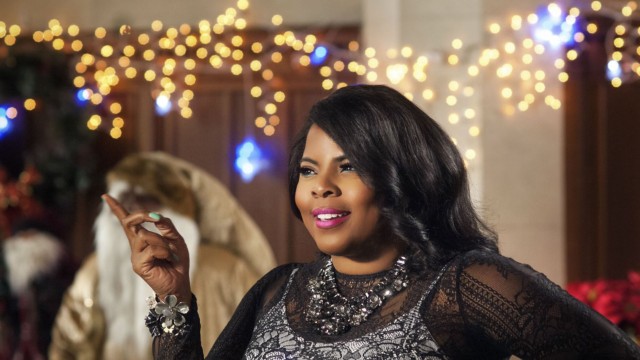 This modern romance tells the story of opposites attracting as one very Scrooge-like hotel owner ends up falling in love with the hotel’s Christmas-loving decorator.

Like Uncle Buck but with Christmas carols, raucous comedy Uncle Nick follows slacker Nick as he visits his family for the holidays, with hijinks quickly ensuing. 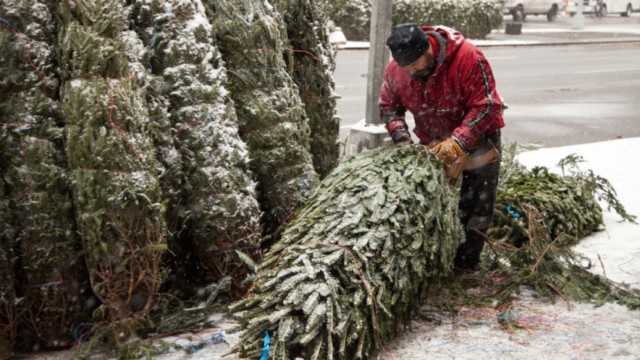 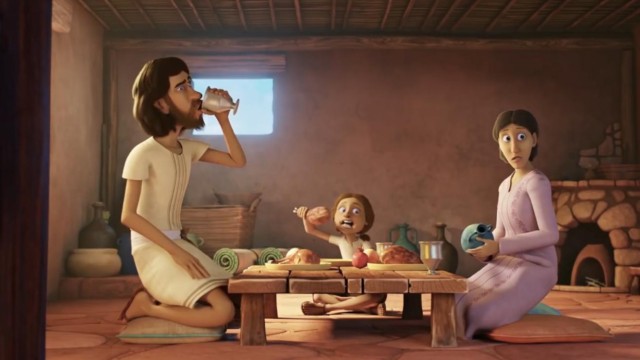 The Star is a sweet animated film about the Nativity story we all know but told from the perspective of a donkey witnessing the first-ever Christmas. 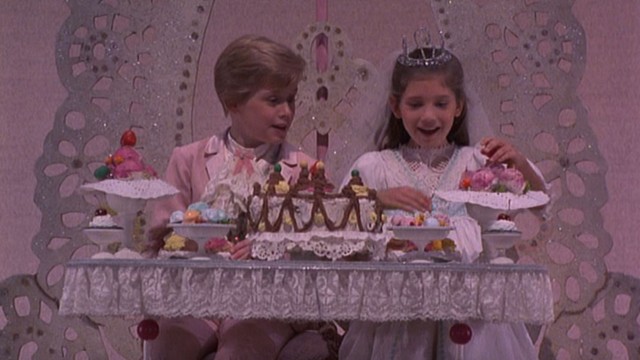 A very young Macaulay Culkin plays The Nutcracker Prince in the 1993 movie from the New York City Ballet that will have you ready to dance along as you watch.

Switch it up this Christmas with this dark horror movie about a mother who must protect her family from a killer trying to spoil their holiday fun. 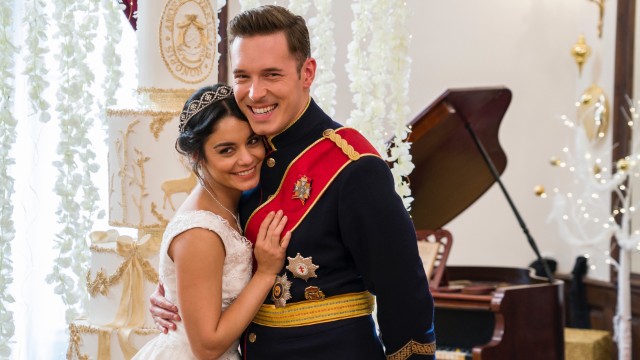 A baker and a duchess (both played by Vanessa Hudgens, Parent Trap-style) have a chance encounter that leads to them switching lives for a day and falling in love with each other’s romantic interests. 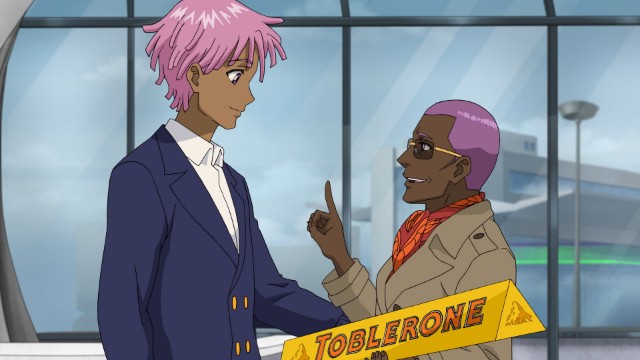 The Netflix anime series gets a Christmas movie with Jude Law and Jaden Smith giving lively voice performances that will transport you to a unique new world with fun animation. 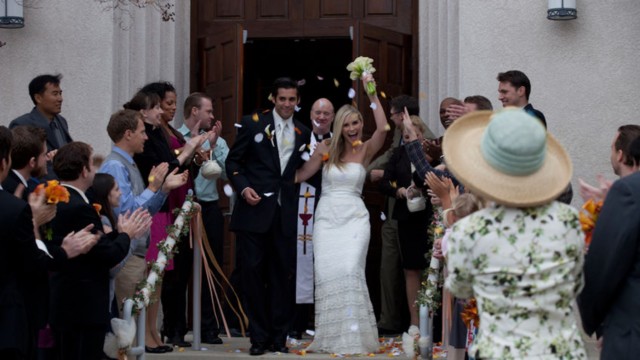 Instead of telling her parents she’s been dumped, a woman hires an actor to portray her fiancé for the holidays, which means Holiday Engagement is exactly the kind of light fare you need this Christmas. 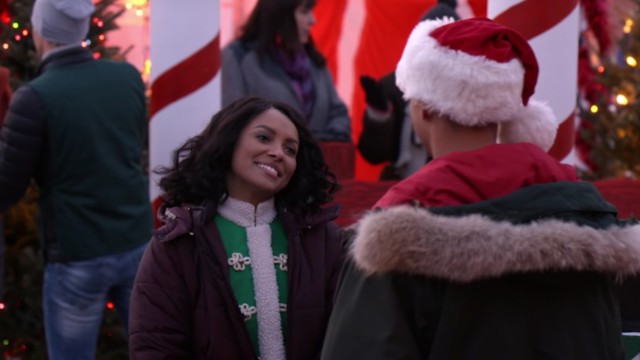 A photographer finds romance and a different perspective on her life after she is gifted with an Advent calendar that can seemingly predict her future in The Holiday Calendar.

‘How the Grinch Stole Christmas’ 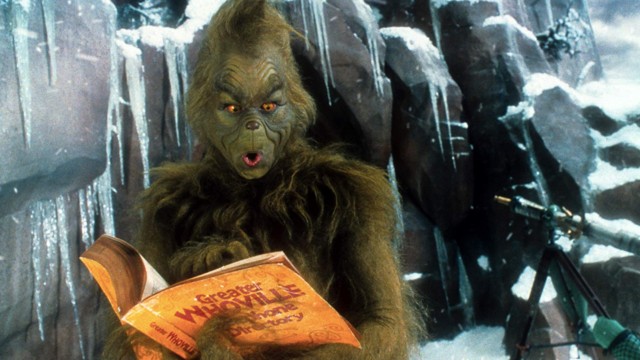 Jim Carrey gives a heartfelt performance as the Grinch in this updated live-action take on the Dr. Seuss tale. 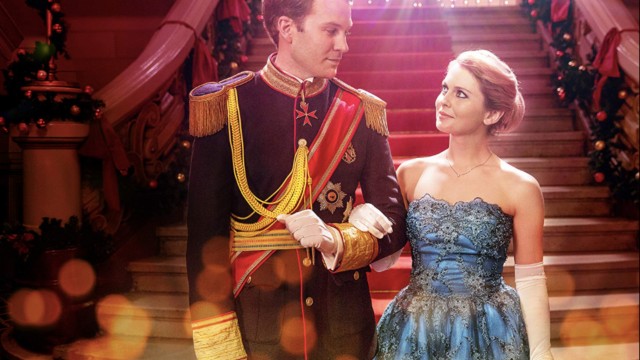 A reporter falls in love with her subject, a prince with a very active dating life, in A Christmas Prince. 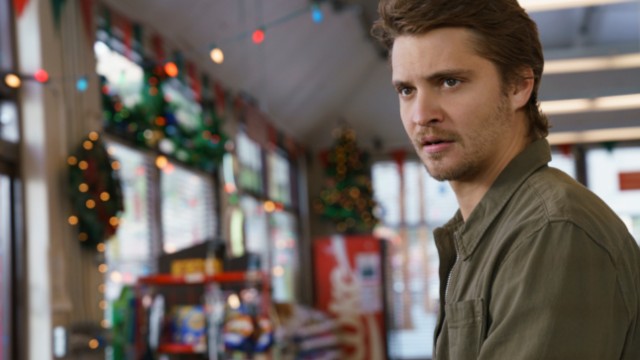 El Camino Christmas is a black Christmas comedy about a young man looking for his absentee father and getting stranded in a liquor store with five strangers. With an eclectic cast featuring Dax Shepard, Tim Allen and Jessica Alba, this movie is a solid choice for anyone who likes their holidays with a dash of gritty realism.

‘A Christmas Prince: The Royal Wedding’ 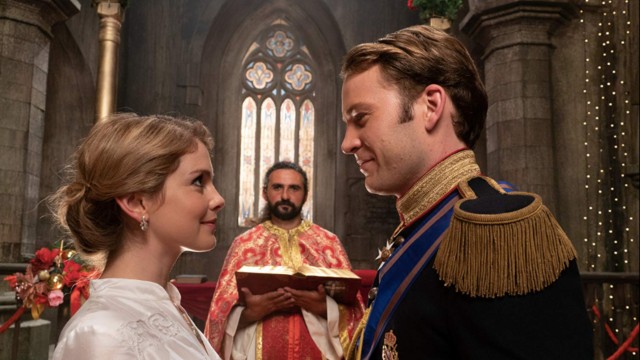 Former reporter Amber prepares to marry Richard, but is she really ready to become a royal? Find out in A Christmas Prince: The Royal Wedding. 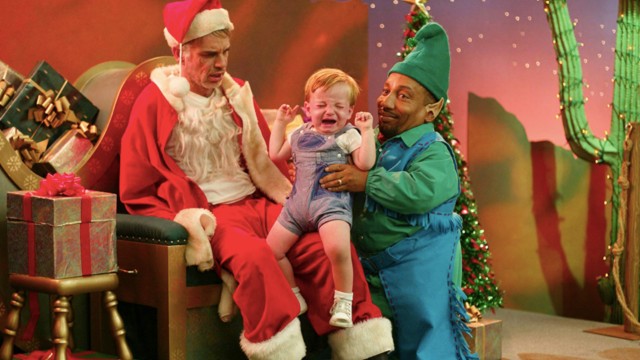 Billy Bob Thornton plays a con man mall Santa looking to make bank by robbing the mall he works for in this twisted, bawdy comedy. 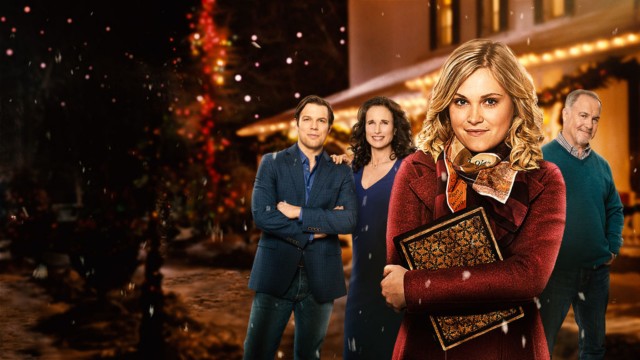 An heiress discovers the real meaning of Christmas as a series of events gets her stranded in a tiny town thanks to a snowstorm. 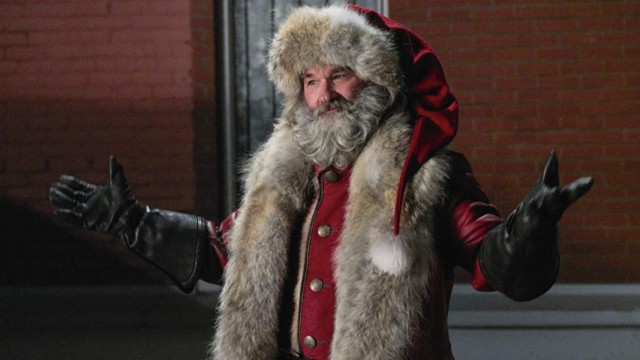 A brother-and-sister team up to help save Christmas after they derailed Santa’s sleigh with their holiday shenanigans. 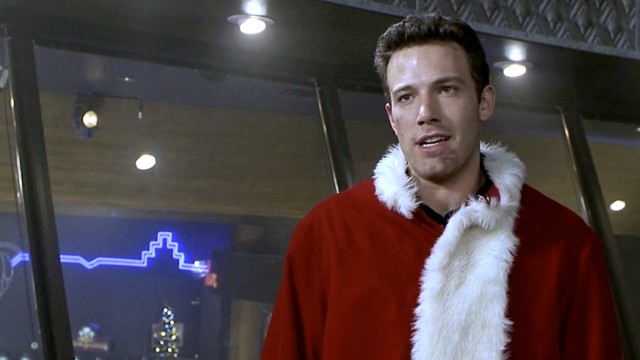 A former prisoner falls in love with his dead cellmate’s girlfriend, assumes his identity and finds himself involved in high-stakes crimes. 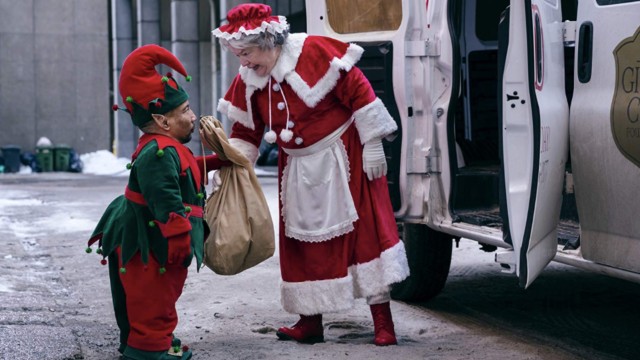 Thirteen years after Bad Santa, Billy Bob Thornton reprises his role as the world’s worst mall Santa, this time getting his mom in on a new heist that could pay big. 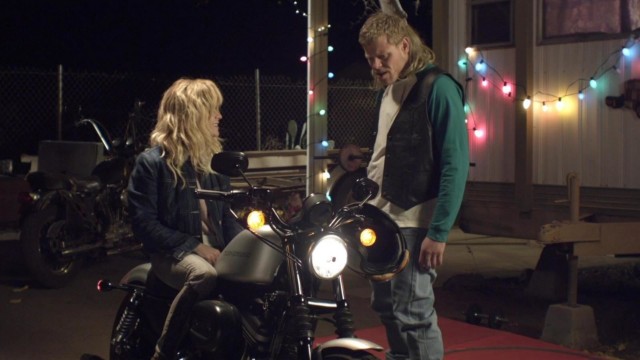 A down-on-her-luck woman is visited by three ghosts to teach her to become a better person and a better mother. 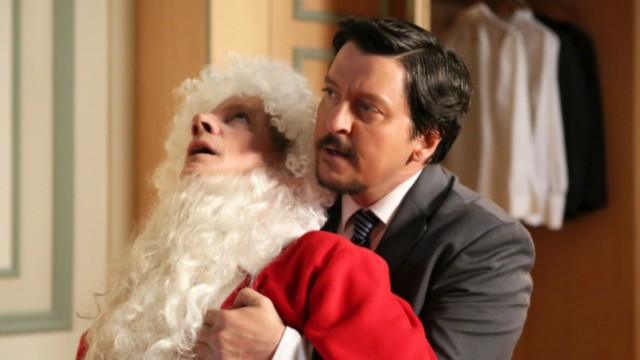 This Italian comedy follows an Italian prime minister who finds himself in some hot water after he goes to Budapest to meet his mistress.