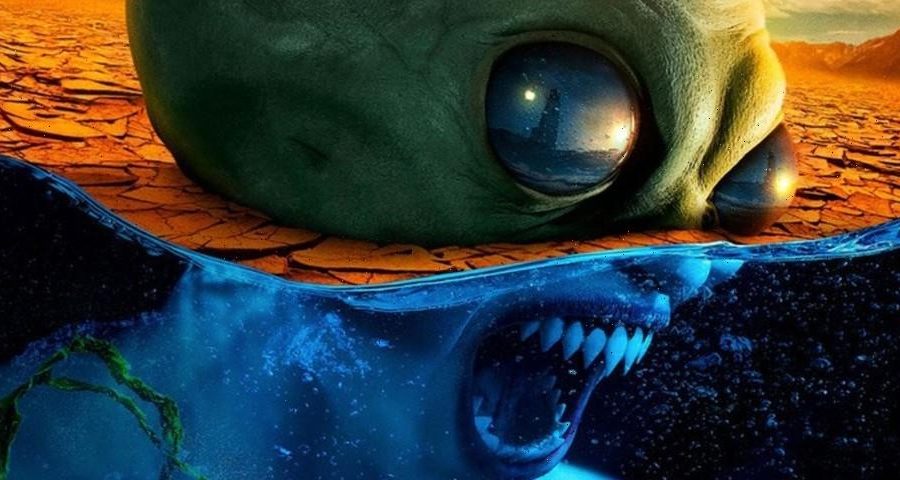 The visual provides context for the first half of the season, which is split into “two horrifying stories” —  the former, titled Red Tide, features terrifying shark-like creatures, while the latter, Death Valley, centers on aliens.

As per the trailer, Red Tide follows Harry Gardener (Finn Wittrock), a struggling writer who relocates to a beachfront town with his pregnant wife (Lily Rabe) to break through his creative block on a new book. While Wittrock’s character manages to make progress on his story, Provincetown’s sinister residents swiftly claim center stage in the plot.

Wittrock meets with two locals, played by Frances Conroy and Evan Peters, who are seemingly responsible for his renewed inspiration, as he frantically types up new ideas on his laptop in the next clip. As haunting encounters continue to take place, however, it becomes clear that Wittrock’s newfound success comes at a dark cost.

“There’s nothing more addictive than success. You’ve tasted it now. You’re never going to be able to live without it,” Conroy’s character tells Wittrock, before pointing a gun at him in the following scene.

Watch the trailer above.