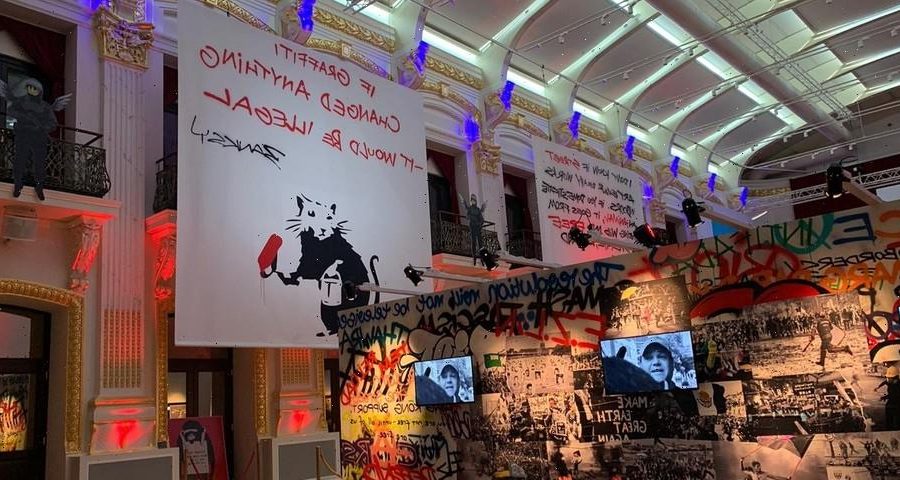 Banksy has hit the headlines yet again…well not on his own accord, but through a rather peculiar exhibition touring in Seoul. “The Art of Banksy: Without Limits,” is an unauthorized exhibition that has been running since 2016 and states that the upcoming US edition has “more than 110 of the artist’s works, such as his original art, prints on different kinds of materials, photos, sculptures, and much more.”

LMPE Company, a Korean entertainment agency that coordinated the event reported that over 25,000 advance tickets had been sold up to the Seoul event. According to reports by visitors to the exhibition, a great many of the works are fake. In fact, only 27 of the 150 artworks are real. After a number of complaints, LMPE has offered refunds to anyone who doesn’t wish to attend anymore.

This is the latest event in a series of unauthorized Banksy exhibitions, such as “The Art of Banksy” which hit Melbourne back in 2016 and has been on a world tour since. Steve Lazarides curated that event and used to be Banksy’s actual art dealer. He has publicly gone on to boast about the unofficial nature of the exhibition, stating in an interview with Artnet News, “You could take this show to every capital city in the world and it could work anywhere. Cab drivers in Karachi know who Banksy is. It could just keep running.”

There are a number of international entertainment groups who join LMPE in the organizing of “Without Limits.” From BWO Entertainment, a content development and management group with offices in London and New York, to Saudia Arabia’s Expand Entertainment Group, Romanian group, Events, to Special Entertainment Events (SEE).

Banksy has not let the news go unnoticed, issuing a statement on his website, stating all these events have “been organized entirely without the artist’s knowledge or involvement. Please treat them accordingly.”

Also in the news, Neïl Beloufa has transformed the Pirelli Hangar into a dystopian amusement park.
Source: Read Full Article