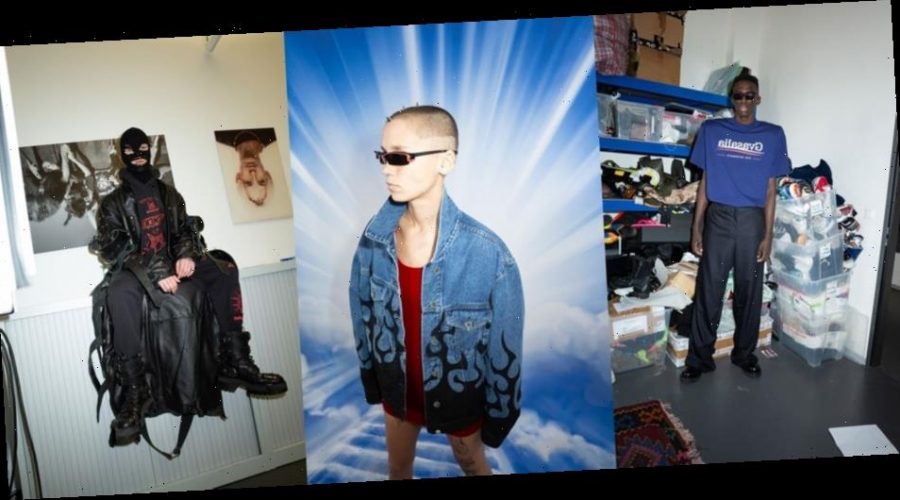 Ever-divisive Vetements has never played by the industry’s rules. So much so, in fact, that it’s trotting out goods from its immense Fall/Winter 2021 collection over a half-year before any of its peers will even begin seasonal deliveries, commemorated with a behind-the-scenes look at the new offering.

As seen in a series of stylized snapshots, the new goods are a mélange of Vetements family signatures and new styles alike. There’s some baggy suiting here, edgy punk-inspired graphic hoodies there and, of course, the “GVASALIA” T-shirt that riffs on the not-Bernie Sanders shirt created for Balenciaga by Vetements’ former creative director, Demna Gvasalia — his brother, Guram Gvasalia, founded and still oversees Vetements. The brand also has some new tricks up its sleeve, including tailoring stitched with text and some new printed denim goods that are equally accessible for casual fans and die-hard Vetement sycophants alike.

Guram is reportedly pushing to keep Vetements at the fore of the avant-fashion conversation, recently speaking on his brand’s evolution in an interview with Forbes Georgia. Vetements’ team is “now wrapping up our teenage years and turning from an ugly duckling into a young adult with strong opinions and a truly clear point of view,” Gvasalia said.

“We have adapted our business model, improved our supply chain, and strengthened the relationship with our manufacturers and retail partners. We managed to actually increase our sales and will be finishing [2020] with substantial growth in comparison to the last years.”

Though Fall/Winter items typically begin hitting stores in summer — a convention of the industry that some insiders are trying to reshape — Vetements is amping up its output, preparing to launch select FW21 goods by late March at stockists and the Vetements web store.

Vetements has continued working with Reebok on a series of conversation-starting kicks, recently dropping a neon-logoed Spike Runner together.
Source: Read Full Article