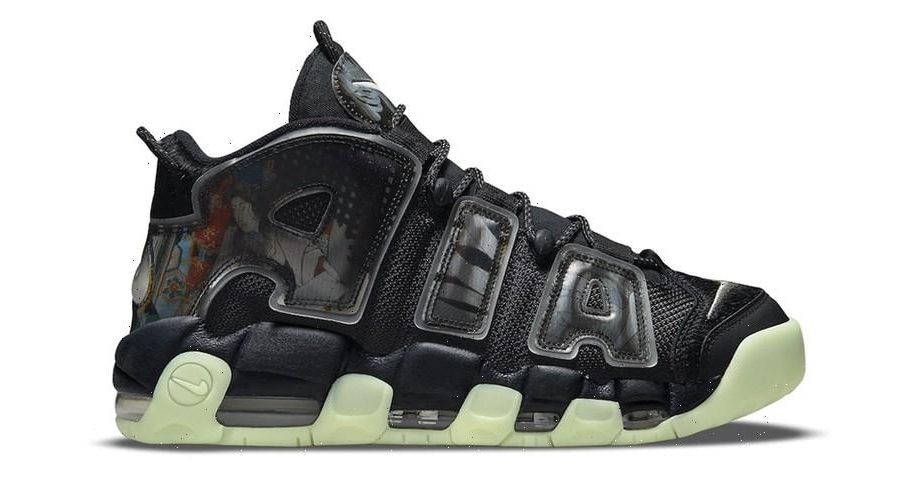 Kuniyoshi is considered one of the last great masters of Japanese ukiyo-e style woodblock prints and paintings in the 19th century. His eccentric works span many subjects and genres including mythical animals, kabuki actors, and samurai battles. Among those who credit the influence of Kuniyoshi on their work is Takashi Murakami.

This Uptempo features the art piece “Takiyasha the Witch and the Skeleton Specter“, which depicts a large skeleton and scroll-wielding woman peering over two samurai warriors. The upper consists of ballistic mesh, synthetics, and pony hair panels on the toe box and heel tab. Kuniyoshi’s artwork appears through a dark holographic tint on the tongue tab and “AIR” bubble lettering which extends to the heel. Down below, pale green glow-in-the-dark outsoles complete the look.

Expected to hit shelves with a retail price of $170 USD, stay tuned for a release in the coming weeks.

In case you missed it, One Piece teams up with The Hundreds on a graphic-heavy collection.
Source: Read Full Article