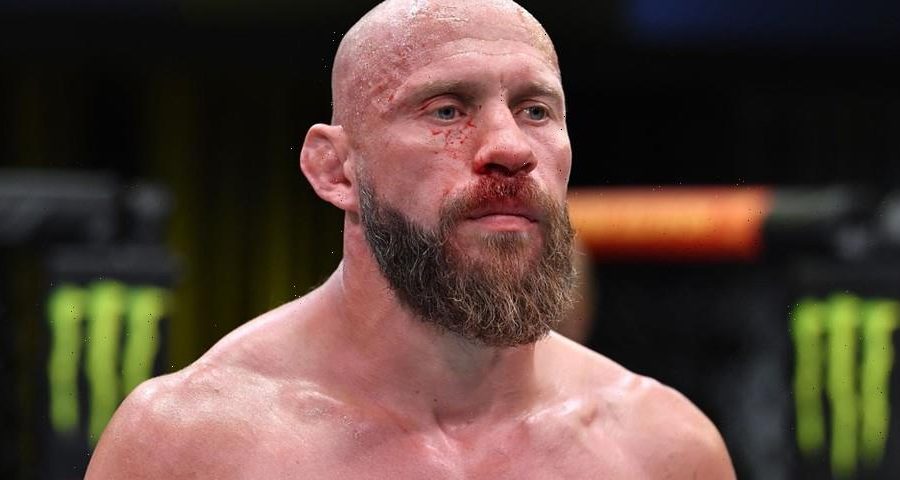 This past weekend, Donald “Cowboy” Cerrone was forced to pull out of his UFC 274 Lightweight matchup against fellow veteran Joe Lauzon due to an “illness.” Disappointed fans would learn that the UFC legend was hit with a case of food poisoning that could not be remedied by the organization’s medical staff.

On Sunday, Cerrone took to Instagram to express his regret over not being able to make it into the octagon and announced plans to end his 16-year pro MMA career. “My heart is broken and torn,” said Cerrone in the video. “I cannot believe I had to make that call. If you know me you know I only pulled out because I had to. Thank you for the UFC and the medical division for helping me as far as we could to try and make that buzzer but we just couldn’t get it.”

Now 39-years-old, the UFC title challenger has lost his last six bouts and is looking toward retiring after two more fights. The additional fights would mark 50 pro fights in Cerrone’s storied career that has made him a fan favorite for years.

“So we’ll meet again. Like I said, Cowboy’s got two more fights left under Zuffa. I want 50 fights then I’m bowing out, I’m out of here, boys. I’ll be back stronger than ever ready to take on the world. Let’s go.”