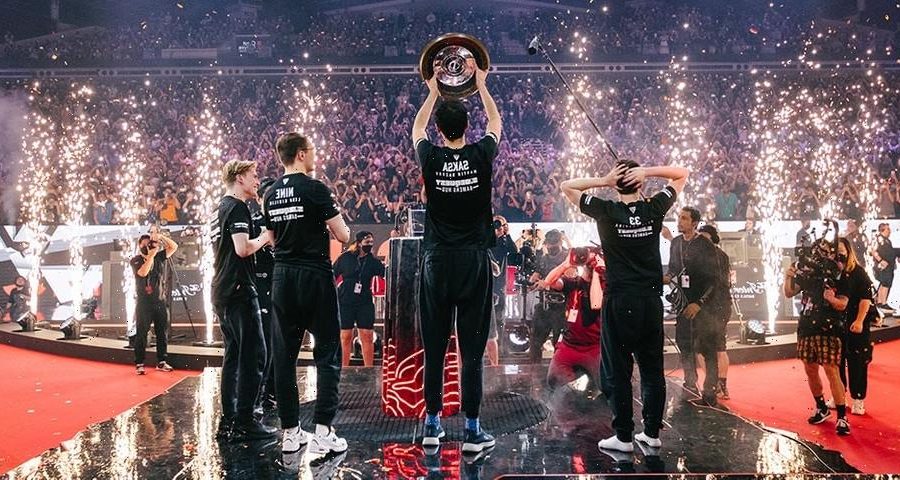 Tundra — consisting from Position 1 to 5: skiter, Nine, 33, Saksa, Sneyking — completely dominated the 11th edition of TI from start to end: placing top of Group B during the group stage, then winning all their games in the upper bracket of the Main Event, kicking out OG, Team Aster, and Team Secret — consisting from Position 1 to 5: Crystallis, Nisha, Resolut1on, Zayac, Puppey — twice over. Moreover, this is the second time ever that a team has won 3-0 in the BO5 grand finals since Team Liquid beat Newbee in similar fashion in 2017.

Tundra entered the grand finals with confidence and a certain plan. They started out the first game letting though Nisha’s undefeated Leshrac, a hero that almost every other team feared and first banned against Secret — to which Tundra’s coach Aui_2000 commented that they wanted to test it out in the first game, and would adjust their strategy if they couldn’t beat it. But to Secret’s surprise, the unconventional picks of 33’s Tide Hunter and Saksa’s Hoodwink proved to be more challenging than expected, completely shutting down Crystallis’ Pudge, and created space for skiter’s Naga Siren to snowball.

In Game 2, Tundra once again let the Leshrac through, but with how the draft went, Secret picked up Nisha’s Morphling — another hero of his that has been feared this tournament — and put Leshrac with Resolut1on on Position 3 instead. However, the kicker here was Tundra’s Arc Warden Position 2 pick, combined with 33’s Visage and Saksa’s Marci, was a strategy that Secret was unprepared for. The match ended with Crystallis’ Bristleback under farmed, and Nisha’s Morphling outplayed, notably once Nine’s Arc Warden revealed his late game Scythe of Vyse.

Finally, there was a glimmer of hope in the early minutes of Game 3, when Nisha’s Naga Siren was farming well and hitting her item timings, while the opposite was happening with skiter’s Medusa. But this light was soon trampled upon by 33’s Beastmaster and Nine’s Pangolier, both of which fiercely disrupted the flow of Secret’s momentum, and gave their Medusa a chance to come back. At the end, a mid lane scrimmage that lasted 3 mins without any reset from Tundra not only proved just how much of a raid boss Medusa had become, but also how much the five champions put the T in teamwork.

In a pre-finals interview with the team, skiter describes Tundra’s play style as “controlled chaos,” which they proved formidable this TI11. Watch the recap of the finals above.