Welcome to Best of Late Night, a rundown of the previous night’s highlights that lets you sleep — and lets us get paid to watch comedy. We’re all stuck at home at the moment, so here are the 50 best movies on Netflix right now.

Someone Sees His Shadow

Fallon and most of the other late-night hosts delved into the House Democrats’ brief alleging that former President Donald Trump was “singularly responsible” for the Capitol riot last month. Rudy Giuliani was heartbroken, according to Fallon: “Singularly responsible? What — what am I, chopped cigars?”

“This morning, House Democrats released their trial brief, which argues ‘the former president is singularly responsible for the violence and destruction that unfolded in our seat of government on January 6,’ as he ‘summoned a mob to Washington, exhorted them into a frenzy, and aimed them like a loaded cannon down Pennsylvania Avenue.’ Yes, they were in a frenzy, and by the look of it, some of them were clearly loaded.” — STEPHEN COLBERT

“After that, Trump’s legal team filed a brief that claims that he isn’t responsible. It wasn’t that hard to write. His lawyers just copied and pasted his defense from the last impeachment: Control-F ‘Ukraine,’ replace with ‘riot.’” — JIMMY FALLON

“The disgraced former president’s team argued that he cannot be convicted by the Senate, because he is no longer in office. So, OK, once you leave a job, you’re immune from prosecution? ‘Cannibalism? Nice try, your honor, but I don’t even work at White Castle anymore.’” — STEPHEN COLBERT

“On the very first page of their first legal filing, they wrote, ‘to the honorable members of the Unites States Senate.’ They misspelled ‘United States.’ And we’re off!” — JIMMY KIMMEL

“There was actually a typo on the first page of the Trump brief, but I’m sure it was a long, complicated legal term. Nope, it’s just — just the name of our country, that’s it.” — JIMMY FALLON

“You know how we keep saying that every day in this pandemic feels like Groundhog Day? Well, today it really did.” — JIMMY KIMMEL

“But it seems Punxsutawney Phil has been spending lockdown like the rest of us, because he came out in stretchy pants eating a tube of cookie dough.” — JIMMY FALLON

“I know you think it’s just a cute little tradition, but I don’t know if you’ve noticed, the rest of us are out here in a life-or-death battle over anti-science psychopaths taking over our government. So it really doesn’t help our case that we’re out here using animals to predict the weather, because it’s hard to make fun of Marjorie Taylor Greene and her Jewish space lasers while you supposed blue staters are wearing top hats and gathering around a hole in the ground waiting to find out if you can book tee times based on which way a woodchuck scurries.” — SETH MEYERS

“I’m all for this nonpolitical news, but this whole thing is getting a little silly, isn’t it? I mean, top hats and scrolls, wall-to-wall coverage? It’s a groundhog; it’s not a royal wedding. Biden’s inauguration didn’t get this much attention.” — JIMMY FALLON

“Due to the pandemic, instead of any groundhog groupies, the audience was packed with cardboard cutouts. Well, then that means there were no proper witnesses. I demand a hand recount of the groundhog. Stop the shadow! Storm Gobbler’s Knob!” — STEPHEN COLBERT

Trevor Noah talked about Alexandria Ocasio-Cortez’s Instagram Live detailing the congresswoman’s terrifying experience during the riot at the Capitol. 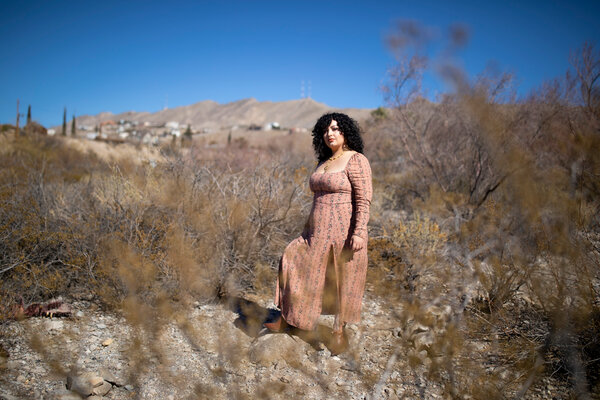 The “Anything for Selena” podcast celebrates the Tejano singer Selena’s continuing impact on popular culture.

02/03/2021 Entertainment Comments Off on Trump’s Being Impeached Again, So It Must Be Groundhog Day
Recent Posts