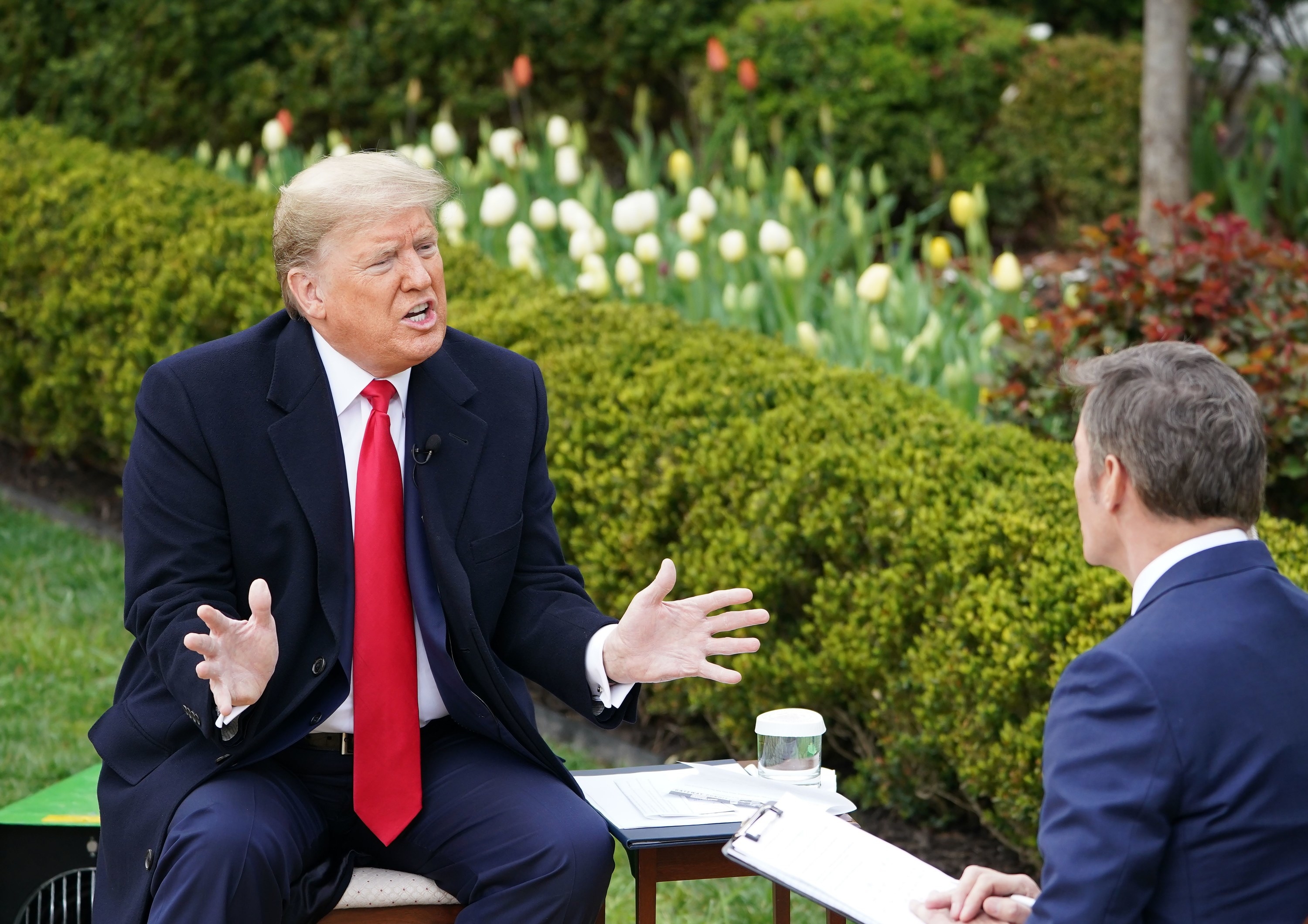 The journalists at BuzzFeed News are proud to bring you trustworthy and relevant reporting about the coronavirus. To help keep this news free, become a member and sign up for our newsletter, Outbreak Today.

President Donald Trump said Tuesday he hoped to have the country “back to work” by Easter, setting the most concrete deadline yet as his attention turns from stopping the onslaught of the coronavirus and toward restarting the ailing US economy.

He received immediate pushback and hedging from some of his advisers — including Dr. Deborah Birx, the response coordinator for the White House Coronavirus Task Force, Surgeon General Jerome Adams, and even Vice President Mike Pence — after making the statement during a Fox News town hall.

The deadline does not have any medical significance for slowing the spread of the coronavirus, and Trump did not immediately give any reason for the date. It also conflicts with what New York Gov. Andrew Cuomo suggested just hours earlier could be the peak for the outbreak in his state, which Pence has called the “epicenter” for the virus outbreak in the United States.

In an interview on Fox News later Tuesday afternoon, Trump said, Easter “is a very special day for me,” and that it would be “great to have all of the churches full.”

“So, I think Easter Sunday, and you will have packed churches all over our country. I think it would be a beautiful time and it’s just about the timeline that I think is right,” he later added. He said he isn’t “sure” that would be the official deadline.

In public statements and tweets in the past few days, Trump has made clear he is growing more concerned about the economic fallout of the outbreak of COVID-19, the disease caused by the novel coronavirus, as many Americans retreat to their homes and both small and large businesses fire workers en masse following a sharp drop in demand. A growing discourse on the right has floated sacrificing the lives of those most at risk of the virus — the elderly and those with underlying conditions — in exchange for focusing on an economic revival.

It is unclear what Trump could actually do to “open” the country — shelter-in-place orders come from governors, not the federal government. And how the economy would even restart if financial centers like New York City are still dealing with an unprecedented medical crisis is uncertain. But his words send an important signal to people looking for guidance as they maneuver a fast-moving pandemic, and it’s advice that medical professionals are not remotely sanctioning.

Trump received almost immediate pushback to his Easter deadline from members of the White House’s Coronavirus Task Force, who took part in the Fox News town hall alongside him in the Rose Garden. Adams, the surgeon general, said: “We will assess at the end of the 14 days and we’ll figure out the most appropriate thing to do.” He praised Trump for listening to his medical and scientific advisers. “Based on my experience, the president will make the appropriate decision based on all the data,” he said.

Birx urged Americans to continue following the White House guidelines designed to slow the spread of the virus, which were released on March 16 and provided for 15 days of action. “Every American needs to continue the president’s guidelines for these next six days or seven days. We have to have them following those guidelines,” she said, as Adams nodded along. Trump then broke in to say that his thinking had changed once it appeared that the mortality rate of COVID-19 was lower than the worst case estimates. (There is no way to know the true mortality rate since testing has been so limited in the United States.)

After following the guidance of medical professionals for the first few weeks of the crisis, Trump has grown increasingly frustrated. “They came in, experts, and said we’re gonna have to close the country. I said, ‘Are you serious about this?’ We are going to take this country that is fully employed, and you’re telling me we have to close it? And people are gonna go out of business and they’re gonna go bankrupt and they’re not gonna have jobs?

Trump tried to allay concerns that he was turning sour on Dr. Anthony Fauci, the director of the National Institute of Allergy and Infectious Diseases who has become a public face of reassurance during the crisis and was absent from both the town hall and Monday’s White House press briefing. “We get along very well,” Trump said in response to a question from Fox News host Bill Hemmer, who then asked, “Your relationship is good?” “I think it’s been very good. You would have heard about it if it wasn’t.” He called both Fauci and Birx “extraordinary.”

But Trump has never navigated a crisis of this length or depth in his three years as president. And he is known to bore easily, while also turning on advisers who don’t tell him what he wants to hear, or who grab too much of the spotlight. Fauci, and Birx, have tried to approach those issues diplomatically, but have also seemed to find it increasingly difficult to hide their momentary frustrations with the president during briefings, and Fauci recently gave a forthright interview in which he described working with Trump.

Fauci, who spoke at the Tuesday night White House briefing, said the Easter timeline is “really very flexible,” and that he had just talked with Trump about the timeline in the Oval Office prior to the briefing.

Birx and Adams made clear in Tuesday’s town hall that they were not ready to endorse Trump’s Easter deadline. Nor was Pence, who said governors had brought down various orders to enforce social distancing. “We defer to that, we respect that,” he said. “We want to open the country as soon as we can. The more people that put into practice the president’s coronavirus guidelines, the sooner we’ll be able to open up.”

Trump stuck to his guns.”I think it’s possible — why isn’t it?” he asked, referring to the Easter deadline. He doubled down on his theory that the number of people who would die by suicide in a recession or depression would outnumber those who could die of the virus.

“We need to get our country back to work,’ he said. “If we delay this thing out, you’re gonna lose more people than you’re losing with the situation as we know it.”

More on the coronavirus

Related posts:
03/25/2020 Entertainment Comments Off on Trump Said He Wants People "Back To Work" By Easter. His Medical Advisers Pushed Back.
Recent Posts
We and our partners use cookies on this site to improve our service, perform analytics, personalize advertising, measure advertising performance, and remember website preferences.Ok