Welcome to Best of Late Night, a rundown of the previous night’s highlights that lets you sleep — and lets us get paid to watch comedy. Many of us are stuck at home at the moment, so here are the 50 best movies on Netflix right now.

Just in Time for the Finale

“On one hand, Flynn is thrilled,” Jimmy Fallon said. “On the other, he’s like, ‘You pardoned the turkey before me?’”

“When people heard the name Michael Flynn, they were like, ‘Wow, they brought back a character from Season 1 for the finale — cool. That’s how you do it.’” — JIMMY FALLON

“Seriously, there’s a name from the past. Even Michael Flynn was like, ‘Damn, I totally forgot about Michael Flynn.’” — JIMMY FALLON

“But Thanksgiving is a perfect day to pardon Flynn. After all, it’s all about turkey.” — STEPHEN COLBERT

“I can’t believe this, but I guess I should have known. Kind of suspicious about yesterday’s turkey pardon.” — STEPHEN COLBERT

“The country he was being paid to represent secretly while he was supposed to be working for America. Still, it’s in keeping with tradition with the first Thanksgiving, when the pilgrims and Native Americans came together in harmony to establish a secret back channel with the Russian ambassador and then lie about it to the F.B.I. — or as they called it, maize.” — STEPHEN COLBERT

“Well, that’s going to be a nice change of pace for the briefers to give a list of national security threats to a president who’s not on it.” — STEPHEN COLBERT, on Joe Biden’s receiving President Trump’s daily intelligence briefs

“It’s OK, Trump doesn’t need the daily brief anymore. He gets all his intelligence from Randy Quaid’s tweets.” — JIMMY FALLON

“Thanks to Trump’s daily brief, Biden will now be well versed in foreign and domestic threats and who got eliminated on ‘The Bachelorette.’” — JIMMY FALLON

“Actually, it does turn out that the brief they give Biden is a little different than the one they give Trump. I’ll show you what I mean. For instance, Biden’s brief says, ‘Iran building nuclear arsenal,’ while Trump’s brief says, ‘Iran make big fireworks that go boom-boom.’” — JIMMY FALLON

Amy Adams told Seth Meyers about trying (and failing) to learn a Billie Eilish song on the ukulele during quarantine.

What We’re Excited About on Thursday Night 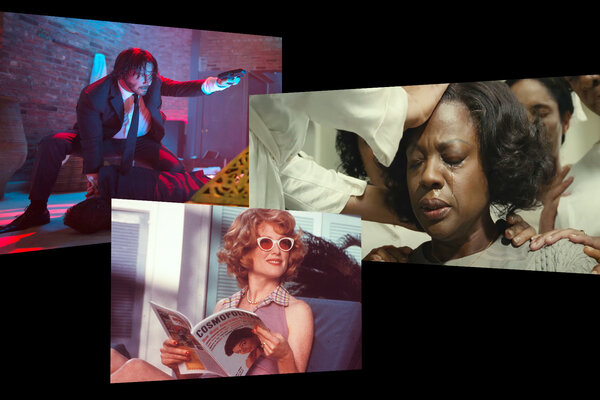 Melissa McCarthy joins Tilda Swinton, Viola Davis and Denzel Washington on this list of the 25 greatest actors of the 21st century.

11/26/2020 Entertainment Comments Off on Trump Brought Back Michael Flynn for the Finale, Fallon Says
Recent Posts
We and our partners use cookies on this site to improve our service, perform analytics, personalize advertising, measure advertising performance, and remember website preferences.Ok