Relationships are hard work, and when we think back on some of our favorite short-lived A-list couples, it’s totally understandable why it just didn’t work out in the end. Of course, you’d be mistaken to think that Hollywood doesn’t also host some of the cutest made-for-TV magical love stories, too. While it might seem like celebrity couples often crumble, there’s always a stable and healthy famous relationship that makes us believe in love again. Prime example: Trisha Yearwood’s 15-year marriage to Garth Brooks. It’s not always sunshine and rainbows though, and Yearwood just revealed the secret to her happy life with her husband and how she fights the urge to “bail” when things get tough. 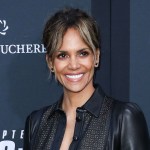 Prior to settling down with Brooks, Yearwood was married twice, while Brooks was previously married as well; he shares his three daughters, Taylor, August, and Allie, with ex Sandy Mahl. “I was always the person in relationships when things got difficult; I was really happy to just bail. I was good at that,” Yearwood told Us Weekly. “So in this situation, that’s not an option because this is the love of my life, you know? So you sit down, and you talk it through and, and that gets you better when you get to the other side.

“We’re both very independent people who run our own ships. And sometimes when two people are driving two big ships, it can be difficult,” Yearwood explained. While she admitted that her relationship with Brooks isn’t always a walk in the park, Yearwood also shared how COVID-19 and lockdown played a part in making their bond even closer. She revealed that they’ve always spent a lot of time together, “so it wasn’t a huge change, but it was enough that there was really nowhere to go.”

She continued: “I think it was kind of navigating; how do we stay alphas, stay independent, do our own thing, feel like we run our own lives, but be a couple. It’s a balance where sometimes one person is running the ship and sometimes the other person is, and sometimes you’re going to butt heads.”

Instead of letting their alpha personalities clash with one another, Yearwood’s solution was to use their time in isolation to “attack some of the hardest things over the 15 years that bugs one of us,” which she admitted probably isn’t what most people would do.

Going over every single problem in your relationship has the potential to backfire quickly, but luckily for Yearwood and Brooks, it seems like it worked. Yearwood feels that their marriage is “better now than ever,” and we couldn’t be happier for them both.