Polish author Olga Tokarczuk and Austria’s Peter Handke have been awarded the Nobel Prize for Literature.

The Swedish Academy, which oversees the prestigious award, suspended it in 2018 after a sexual assault scandal.

Tokarczuk, who also won the Man Booker International Prize last year, was awarded the 2018 Nobel Prize, with this year’s Nobel going to Handke.

The 76-year-old Austrian playwright, novelist and poet was recognised for “an influential work that with linguistic ingenuity has explored the periphery and the specificity of human experience”, the academy said in a statement.

However, he has been a highly controversial figure for his support for the Serbs during the 1990s Yugoslav war, and for speaking at the 2006 funeral of former Serb leader Slobodan Milosevic, who was accused of genocide and other war crimes.

PEN America said it was “dumbfounded by the selection of a writer who has used his public voice to undercut historical truth”, in a statement from its president, Jennifer Egan. 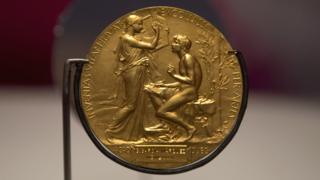 In 2014, Handke even called for the Nobel Prize for Literature to be abolished, saying it brings its winner “false canonisation” along with “one moment of attention [and] six pages in the newspaper”.

Both laureates have agreed to receive their awards this year, however, organisers said. Each will receive nine million Swedish kronor (£740,000), as well as a medal and a diploma.

The 2018 Nobel Prize was delayed by a year after a crisis in the academy sparked by allegations against Jean-Claude Arnault, the husband of Academy member Katarina Frostenson. He was sentenced to two years in prison in October after being convicted of rape.

Frostenson stepped down, and the events also led to allegations of conflict of interest and the leaking of Nobel winners’ names. It all resulted in “reduced public confidence in the Academy”, according to the awards body.

Handke, credited as one of the most thought-provoking writers in the German language, burst onto the literary scene in the 1960s and “has for some decades been one of the most influential writers of contemporary fiction”, the Nobel judges said.

His most popular works include A Sorrow Beyond Dreams, published in 1975, which dealt with his mother’s suicide in 1971.

The committee members said they had also been “struck” by 2017 book Die Obstdiebin. “With great artistry, he explores the periphery and unseen places,” they said.

He has also collaborated with film director Wim Wenders, including on the script for the Bafta-nominated 1987 film Wings of Desire.

But he is an outspoken figure, and some of his comments have proved offensive. He once denied the Serbian massacre at Srebenica and compared Serbia’s fate to that of Jews during the Holocaust – although he later apologised for that “slip of the tongue”.

In 1999 he returned Germany’s prestigious Buechner prize in protest at Nato’s bombing of Belgrade, and was forced to reject another German prize – the Heinrich Heine award – after an outcry in 2006.

Sir Salman Rushdie named Handke “Moron of the Year” in an article for The Guardian in 1999 for his “series of impassioned apologias for the genocidal regime of Slobodan Milosevic”.

I wrote about Handke’s idiocies 20 years ago. I agree with you. https://t.co/tfw0hbszjS

When Handke came to collect the International Ibsen Award in Norway in 2014, he was greeted with demonstrators chanting “fascist” and holding placards calling him a “genocide denier”.

Tokarczuk ‘looks at life from above’

Tokarczuk, 57, considered the leading Polish novelist of her generation, was rewarded “for a narrative imagination that with encyclopaedic passion represents the crossing of boundaries as a form of life”.

The author is a Polish best-seller whose books blend the real with the mystical.

Her debut novel was published in 1993, and her breakthrough came three years later with Primeval and Other Times, which is set in a mythical village and traced Poland’s history from World War One to the 1980s.

“She’s a writer preoccupied by local life, but at the same time inspired by maps and speculative thought, looking at life from above,” the judges said.

Her work “centres on migration and cultural transitions” and “is full of wit and cunning”, they added.

Last year, she won the Man Booker International Prize for Flights, more than a decade after it was originally published in Poland.

The Nobel committee was also “very impressed” with her epic historical novel The Books of Jacob, set in the 18th Century, which “presents a rich panorama of a little-known chapter in European history”.

Tokarczuk co-wrote the screenplay for the crime film Spoor, which was the country’s entry for the best foreign language film at the 2018 Oscars.

A political activist who does not shy away from criticising Poland’s right-wing government, she has become the 15th female winner of the Nobel Prize out of 116 literature laureates.

10/08/2020 Entertainment Comments Off on Tokarczuk and Handke win Nobel Literature Prizes
Recent Posts
We and our partners use cookies on this site to improve our service, perform analytics, personalize advertising, measure advertising performance, and remember website preferences.Ok