Over the years, Jane Moss, the artistic director of Lincoln Center, has tweaked her description of the annual White Light Festival, a project that has had special meaning for her and has proved popular with audiences. When it was inaugurated nine years ago, the festival was touted as a monthlong exploration of spiritual dimensions in music. But isn’t all music spiritual in some sense? Even a little Schubert march for piano four-hands that might seem jaunty on the surface can have a questioning undertow.

More recently White Light has been described as an exploration of the “power of art to illuminate our interior and communal lives,” to quote Ms. Moss’s program note for this year’s festival. But that’s still a pretty all-encompassing concept.

Three White Light programs during the final week of the festival, which ended this weekend with the American premiere of Kaija Saariaho’s opera “Only the Sound Remains,” manifested quite different dimensions of spirituality, an overused term for a profound concept.

On Tuesday the Latvian Radio Choir, a remarkable 24-voice ensemble, presented an a cappella program at the Church of St. Mary the Virgin near Times Square titled “The Distant Light.” The program focused on recent pieces by Latvian composers and the Ukrainian Valentin Silvestrov’s 1995 “Diptych,” works that explored mystical realms and demonstrated this chorus’s expertise in music that pushes voices to extremes, from ethereal high tones to uncannily sustained bass drones. 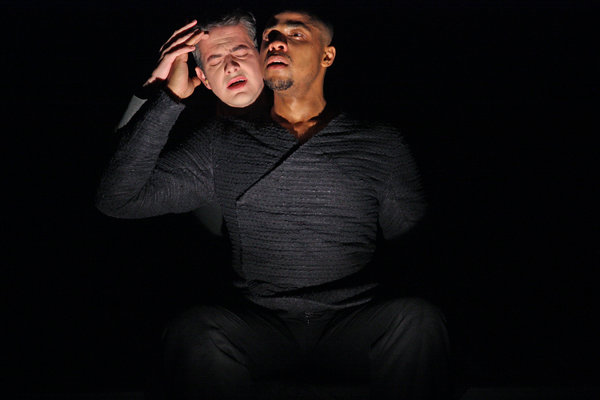 On Thursday, despite snowy, sleety weather, Alice Tully Hall was nearly full for the sold-out performance of Haydn’s oratorio “The Creation,” presented by the conductor William Christie and his Les Arts Florissants chorus and period-instrument orchestra. A work that relates the biblical creation story is by definition spiritual. But Haydn’s oratorio tells the tale with wonder and joy and hardly a trace of spiritual angst or questioning. Much of it depicts God contentedly going about the business of fashioning the firmament and the waters, of creating birds and beasts and, finally, man and woman. Mr. Christie led an ebullient yet purposeful account of this Haydn masterpiece and had an exceptionally fine trio of soloists: the soprano Sandrine Piau, the tenor Hugo Hymas, and the bass Alex Rosen.

On Saturday at the Rose Theater at Jazz at Lincoln Center, the festival presented the highly anticipated American premiere of Ms. Saariaho’s “Only the Sound Remains,” a production directed by Peter Sellars, who conceived the work with Ms. Saariaho. Structured in two parts, this 2017 opera is based on two Japanese Noh plays as translated by Ezra Pound and Ernest Fenollosa. One of the two characters in each tale is an actual spirit — a ghostly presence. As interpreted by the composer and director, the plays explore spirituality as a kind of longing, almost a love affair, between mortal and spirit beings.

In the first, “Always Strong” (“Tsunemasa”), a monk serving at a temple of the royal court prays to Tsunemasa, who has died in a battle. As a young man, Tsunemasa was a favorite of the emperor, who gave him a splendid lute. The monk offers the lute as a gift of peace to the deceased’s soul. A voice replies. He is the young man’s ghost who yearns for the old days on earth with his lute, his music, his life.

In a program note, Ms. Saariaho, whose “L’Amour de loin” was performed to acclaim at the Metropolitan Opera in 2016, explains that in “Only the Sound Remains” she wanted to create an intimate opera that would play effectively in a large space. She achieved that goal compellingly. The orchestra comprises a string quartet (Meta4), flute, percussion and kantele (a traditional Finnish plucked string instrument which here evokes the lute). A quartet of singers called Theater of Voices, performing from the orchestra pit, contribute choral refrains and echo vocal lines hauntingly. The score involves electronic processing of the music in subtle ways that lend aural ambience to the sound.

Ms. Saariaho’s music is rich with sustained sonorities, shimmering harmonies and slides. Wavering masses of sound are jarred with squiggly instrumental riffs. Plucked phrases on the kantele and the strings seem at once delicately spiritual and skittishly angular. The score risks sounding amorphous at times, but Ms. Saariaho prevents this by injecting shards of dissonance, elusive harmonies that slip and groan, and spiraling figures that create moments of dizzying intensity.

The charismatic young bass-baritone Davóne Tines was endearing as the devout monk who is rattled, yet transformed, by the ghost. The superb countertenor Philippe Jaroussky was a mystical but frightening presence as Tsunemasa, who so misses his earthly life.

That yearning came through profoundly in Mr. Sellars’s production, which was powerful in its simplicity (with sets by Julie Mehretu and lighting by James F. Ingalls). Just a painted sheet separated the realms of the temple and the beyond. Lighting often turned the monk and the ghost into looming shadowy figures. In one episode, the two singers have what at first seemed a romantic moment: they touch and then kiss. But this came across less as a homoerotic stirring than as a scene of poignant longing between the living and the dead.

“Feather Mantle” (“Hagoromo”), the second Noh play, has some tumultuous moments but is finally a celebratory work. One morning a fisherman (Mr. Tines, drawing upon the most robust elements of his voice) finds a beautiful robe, a feather mantle, hanging on a branch. He intends to take it home and show it off. But a moon spirit, Tennin, appears and asks the fisherman to return it. Without it, she explains, she cannot return to heaven. The fisherman relents, on condition that the spirit perform a celestial dance first.

This score, using the same instrumental and choral elements, also has atmospheric colorings and haziness, but much rhythmic spark and episodes of dancing. The four-part choir often sings lines in sonorous block chords. In an inspired stroke, Tennin is portrayed by a singer (Mr. Jaroussky, again wonderful) and a dancer (the mesmerizing Nora Kimball-Mentzos, who also elegantly choreographed the work).

The conductor Ernest Martínez Izquierdo led luminous, nuanced and colorful accounts of both scores, which really form one opera in two parts. Alas, there were just two performances. The offerings of this White Light Festival are considerably reduced from earlier years. “Only the Sound Remains” must come back to New York for a longer run.