On an intermittently sunny morning in August, the artist Peter McGough is in his Bushwick, Brooklyn, studio contemplating mortality. “People don’t want to talk about death, but when I talk about it, I start living,” he explains. “I think, I’m going to die. Wow! What a great opportunity to enjoy myself.” Ebullient and dressed in a blue plaid linen suit — which, he says, “certainly gets a lot of attention” — he gives the impression of someone who takes fun seriously.

For 40 years, McGough, 61, has been in an artistic partnership with his collaborator — and former longtime boyfriend — David McDermott, who has lived in Ireland since the 1990s. As McDermott & McGough, the two have shown at museums and galleries around the world and worked in a number of media, though they are best known for their paintings — vibrant celebrations of gay sensibility and desire — and for their photographs documenting their experiments in period living. When they rose to fame in the 1980s, the duo dressed, made work and lived as though it were the Victorian era, occupying a townhouse on Avenue C without electricity or modern appliances. They wore top hats and backdated their paintings to the late 19th and early 20th century. “But our work was not just about the past,” McGough says. “It was about time, and how time is fleeting.” These days, his taste favors the 1930s, as the style of his suit reflects, and he has relaxed the strictures of his early years with McDermott. McGough has an iPhone, but limits his use and laments how smartphones increasingly dominate people’s lives: “Life just disappears — and now it’s gonna disappear through a phone? No way!”

[Sign up here for the T List newsletter, a weekly roundup of what T Magazine editors are noticing and coveting now.] 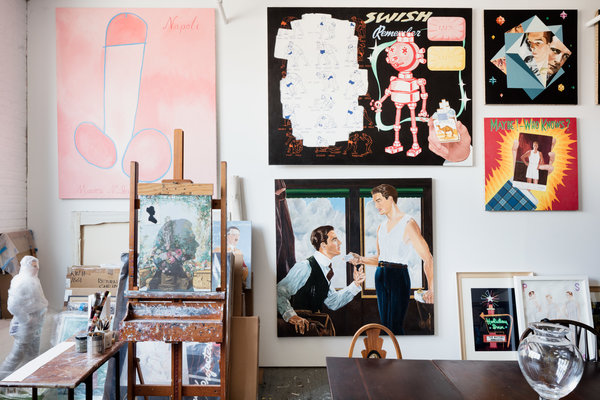 McGough’s musings are occasioned by the release of his memoir, “I’ve Seen the Future and I’m Not Going: The Art Scene and Downtown New York in the 1980s,” due out from Pantheon Books on Sept. 17. The book begins, in medias res, in 1998 and takes the form of a near-deathbed confession: A year after learning he has AIDS, McGough has dropped to 100 pounds and expects to die. The narrative then pivots back to his boyhood in a Syracuse suburb, tracing his journey to New York City and his introduction to the eccentric downtown personality whose theories of parallel timelines and passion for the past would change his life. From there, McGough offers an intimate inside look at the New York art world, his tumultuous relationship with McDermott, the AIDS crisis and his own illness and treatment.

In person, McGough speaks with the same chatty candor that characterizes his book. This morning, he’s been working in colored pencil, on reproductions of McDermott & McGough paintings “the Europeans bought and didn’t show” so that, as drawings, they might enjoy a second act. In the next room stands a row of small bright blue canvases, embellished with spider webs and flowers, that feature cheeky phrases (many of them obscene) in a delicate Gothic script in which all the letters have been painted to resemble twigs. Two in-progress works from the series rest on easels opposite each other: One displays the title of McGough’s memoir — a saying of McDermott’s that also served as the title of the pair’s 2017 retrospective at Dallas Contemporary and has appeared in past paintings — while the other bears the title of their 2006 exhibition at Cheim & Read gallery, “A True Story Based on Lies.” Surrounded by images illustrating McDermott & McGough’s prolific career together, and with the occasional interjection from his longhaired Chihuahua, Queenie, McGough answered T’s Artist’s Questionnaire.

What is your day like? How much do you sleep, and what’s your work schedule?

I keep the curtains open in my bedroom, so that I wake up early. I go to bed before 11. And my days, I come here. I’m lucky: I experience joy every working day. And the joy I experience is incredible. I think that’s what a day is supposed to feel like.

How many hours of creative work do you think you do in a day?

All of them. Being an artist, one lives a creative life. You’re looking at something — you go see a museum, you see a film, you see the world, you look out, you see the tree — that’s creative action.

What’s the first piece of art you ever made?

A watercolor of a clown in a hoop, when my mother put me in school at the Everson Museum. And she still has it! It’s in this weird plastic frame.

What’s the worst studio you ever had?

All our studios were so wonderful. You could live in a slum, but McDermott knew how to turn your slum into a beautiful place with nothing, a can of paint.

What’s the first work you ever sold? For how much?

I’d say the first work we ever sold — that I didn’t make any money off of — was the painting for McDermott’s mother. She supported him, so she wanted compensation. It was our first painting together.

When you start a new piece, where do you begin? What’s the first step?

The idea. I have so many ideas I’ll never, ever do them all. And when people say, “I don’t have any ideas,” I’m like: Are you kidding me? The world is your ideas!

How do you know when you’re done?

Picasso said a painting’s never done. You could go on and on and on.

How many assistants do you have?

I have two part-time assistants.

When did you first feel comfortable saying you’re a professional artist?

What do you pay for rent?

A couple thousand or so. You know, I had grand studios in the ’80s. Oh, it was glorious. I could have bought it for nothing, but — who cares? Who am I going to leave all these things to? I don’t care if I own anything. I care about the art — the paintings living on, being protected.

What’s the weirdest object in your studio?

The two things that don’t go along with my aesthetic are air-conditioners and computers. Necessary evils.

How often do you talk to other artists?

Well, my friends are artists. Artists like to be around artists. And artists are out of their minds! They are not normal people. To sit there and look at a glass of water and want to draw that glass of water, you gotta be bonkers. Because you’re thinking abstractly, you’re looking at the world upside down. And McDermott’s the Mad Hatter of art.

How often do you talk to McDermott?

He has no phone, he has no computer, he hates cellphones — he says it’s like talking into a chocolate bar. So I last saw him in London at the Oscar Wilde Temple [an immersive exhibition installed in a former chapel] in the spring. He has a friend who I contact him through. When he’s with his friend, I talk to him.

What’s the last thing that made you cry?

Writing the book. That was so sad at times. When I wrote about the deaths of my friends from AIDS, I cried. I had to stop writing and I sobbed. And those children in cages — that made me cry, when I saw them, crying out for their mothers and fathers.

What are you reading?

Maupassant. Colette — “The Vagabond” is a dream of a book. It was based on her life as a performer and it opens with her looking at her face in a mirror while the dancers are above her onstage. This great anthology, “The Stonewall Reader.” I know a couple of the people in it, like Martin Boyce and Tommy Lanigan-Schmidt — and Marsha P. Johnson I knew through a friend of mine. What’s so fantastic about reading is you get to fall into someone else’s view.

What’s your favorite artwork by someone else?

I’m sentimentally attached to the Hudson River School, especially Thomas Cole, Frederic Church. They were capturing creation, and showing the greatest, greatest artwork: nature. Nothing tops it, in all its weirdness.

This interview has been condensed and edited. 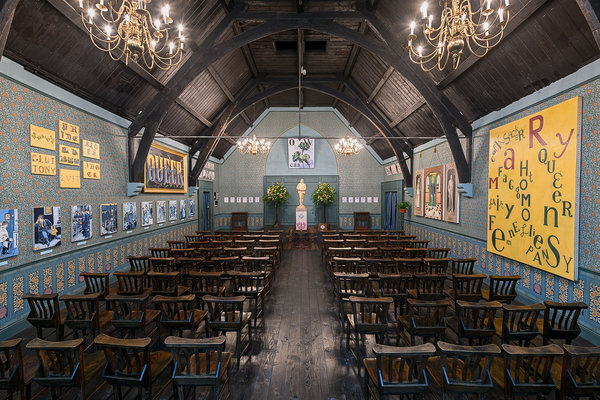 Related posts:
09/16/2019 Entertainment Comments Off on This Artist Lived Like a Victorian During the 1980s. Now, He Reflects on His Own Past.
Entertainment News

8 Overrated Date Night Ideas That Aren’t Worth The Stress

Oprah Winfrey: Stedman Graham and I Agree Marriage Will Break Us Up