Introducing the BuzzFeed News newsletter JPG — this weekly newsletter will feature the most powerful images from around the internet, as well as behind-the-scenes exclusives from renowned photographers and our hard-hitting photo stories. 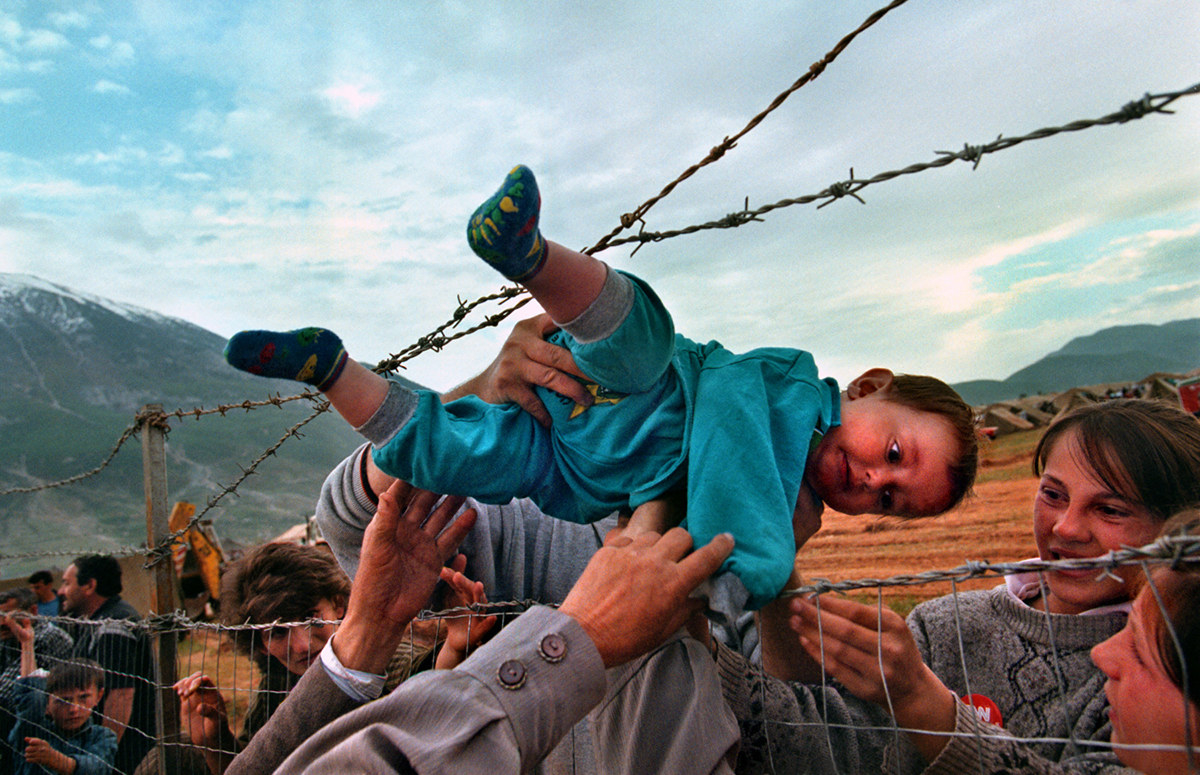 “In 1998, after a decade of increasing tension in Kosovo, violence by Serbian and Yugoslav forces against ethnic Albanians led to a wave of refugees fleeing the country. Sometimes separated families found each other; Carol Guzy captured such a moment at a United Arab Emirates–run camp in Kukes, Albania. The Shala family from Prizren, Kosovo, found each other at the fence and passed 2-year-old Agaim Shala through the barbed wire barrier so he could visit with his relatives.”

In 2016, President Donald Trump ran on a campaign promise that Mexico would pay for a border wall to solve what he described as a national security and humanitarian crisis. While Mexico has maintained a position that it will not pay for this wall, Trump’s promise has since become a rallying cry for his supporters and a symbol for anti-immigrant and xenophobic sentiments.

With the national debate on immigration a prime focus of the upcoming 2020 election, a new exhibition of photography at the Annenberg Space for Photography in Los Angeles — W|ALLS: Defend, Divide, and the Divine — explores the many ways that walls have historically been used as tools for division and ideologies. From monumental moments like the fall of the Berlin Wall to the sometimes invisible racial barriers that segregated the American South in the Jim Crow era, the exhibition is a comprehensive look at how walls have shaped and restricted the world as we know it today.

Here, the exhibition’s curator, Jen Sudul Edwards, shares with BuzzFeed News a selection of photographs from the show and discusses the significance of walls in this period of unprecedented divisiveness.

When did the idea of a photo exhibition about walls first come about?

Jen Sudul Edwards: This conversation started shortly after the 2016 election, during which several interesting threads became obvious. The idea was brought to me by Katie Hollander, who is the director of the Annenberg Space for Photography. At the time, the mantra “Build That Wall” was quite popular during the US presidential election and we were also nearing the 30th anniversary of the Berlin Wall coming down. 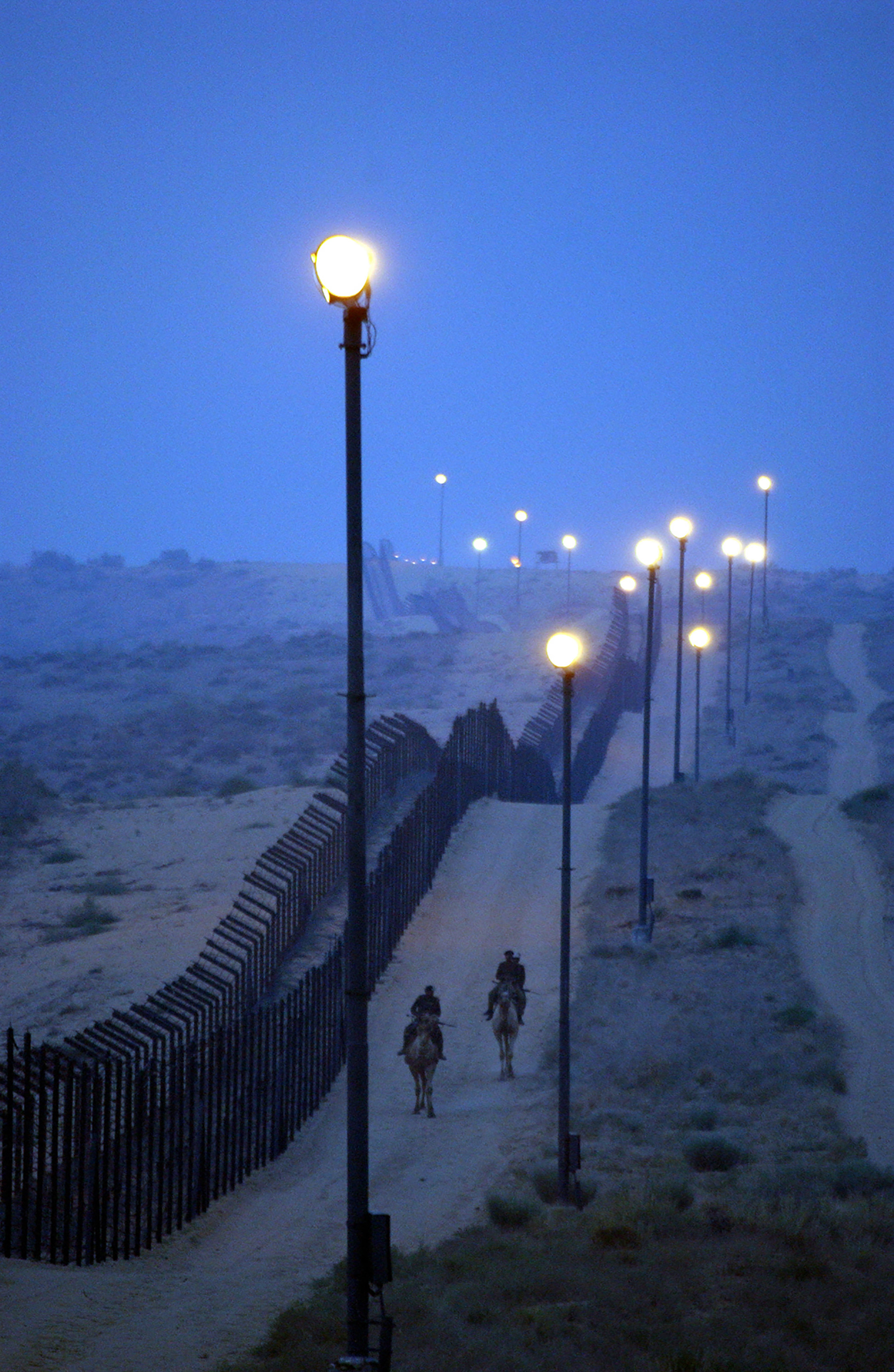 “For almost a century, Indian Border Security Force officers on camelback have patrolled the disputed border with Pakistan. In the 1990s, India began to construct the Indian Line of Control fence; when it was completed in late 2004, it covered 340 miles of the 450-mile border. Officers continue their patrol behind the barrier.”

For us, the Berlin Wall coming down was a huge cultural moment in our lifetime. It … felt like society and people could no longer be divided, both by physical structures or ideology. With the benefit of hindsight, it was also in that moment that [we saw] the entire world really opening up. The world was moving into the digital age and into this very fluid global culture. Unfortunately, at the same time, anxiety was growing and walls were continuing to be built to define physical space, cultures, and people.

Katie and I were very much focused on the US–Mexico border when we first started this exhibition, but within a day of doing the research, we quickly found that this is very much an international phenomenon. We ultimately decided to widen the lens from only the US national conversation and redirect our focus to a global examination of all the nation-states that are anxiously building barriers. 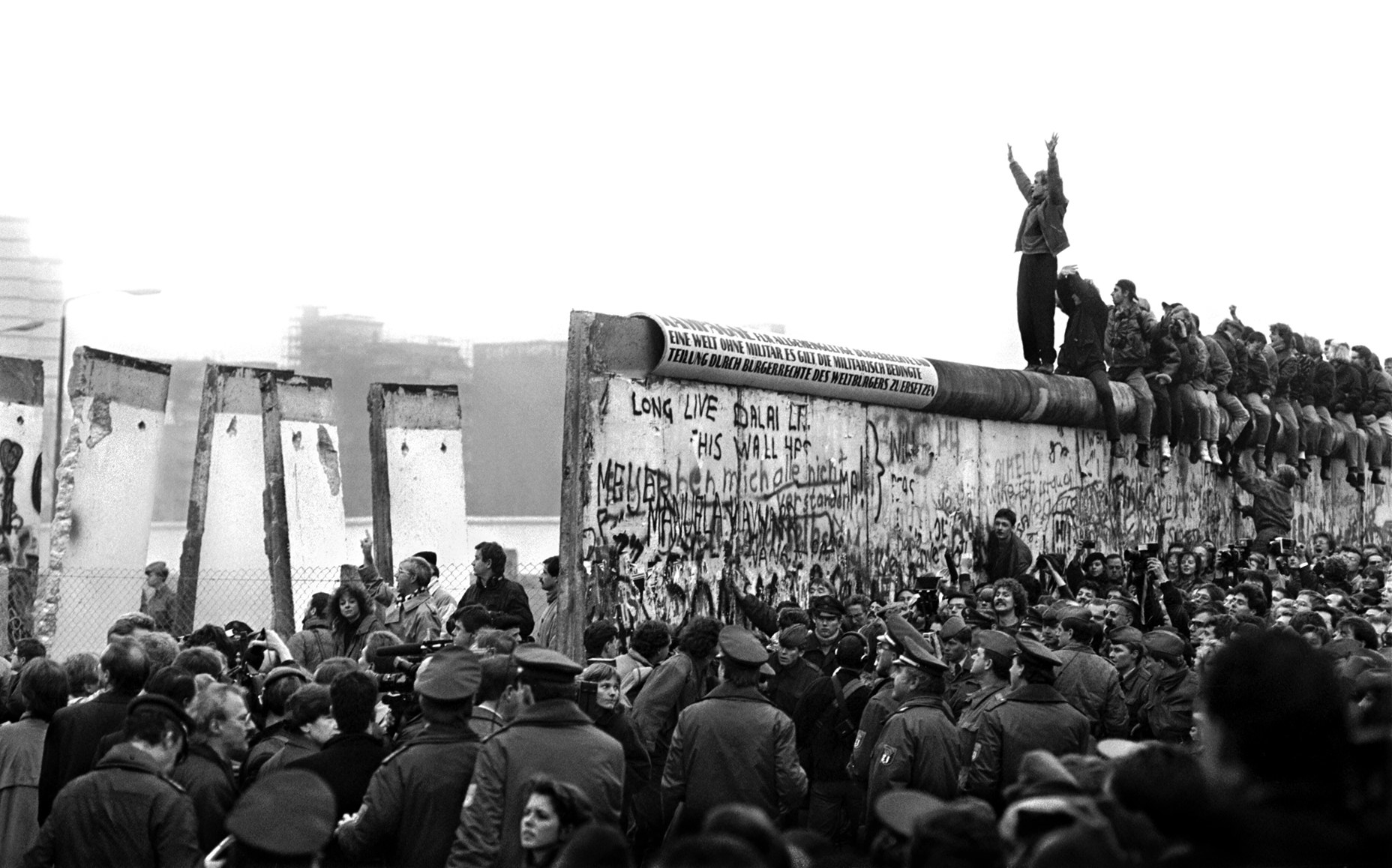 People celebrate the dismantling of the Berlin Wall on Nov. 9, 1989.

Can you speak on how the exhibition is divided to show how walls have been used historically?

JSE: We realized that if we divided our research into six categories that cover most of the reasons why people build barriers, then that would allow us to present the work in a manageable way, but also show how fluid these physical barriers can be. These six are Delineation, Defense, Deterrent, The Divine, Decoration and The Invisible.

Devine and Invisible were the ones that were the most surprising, but also the most important to us, because they encompass concepts of spiritual sustenance and security that we often place in the seemingly permanent objects. Things like memorials or sacred sites like the Western Wall, or the many walls that Sherpas build for their pilgrimages. For Invisible, we wanted to emphasize the unseen barriers that divide movement. This is certainly true in this digital age, but we were also looking at the internal walls that we build, which is really were all of this starts. 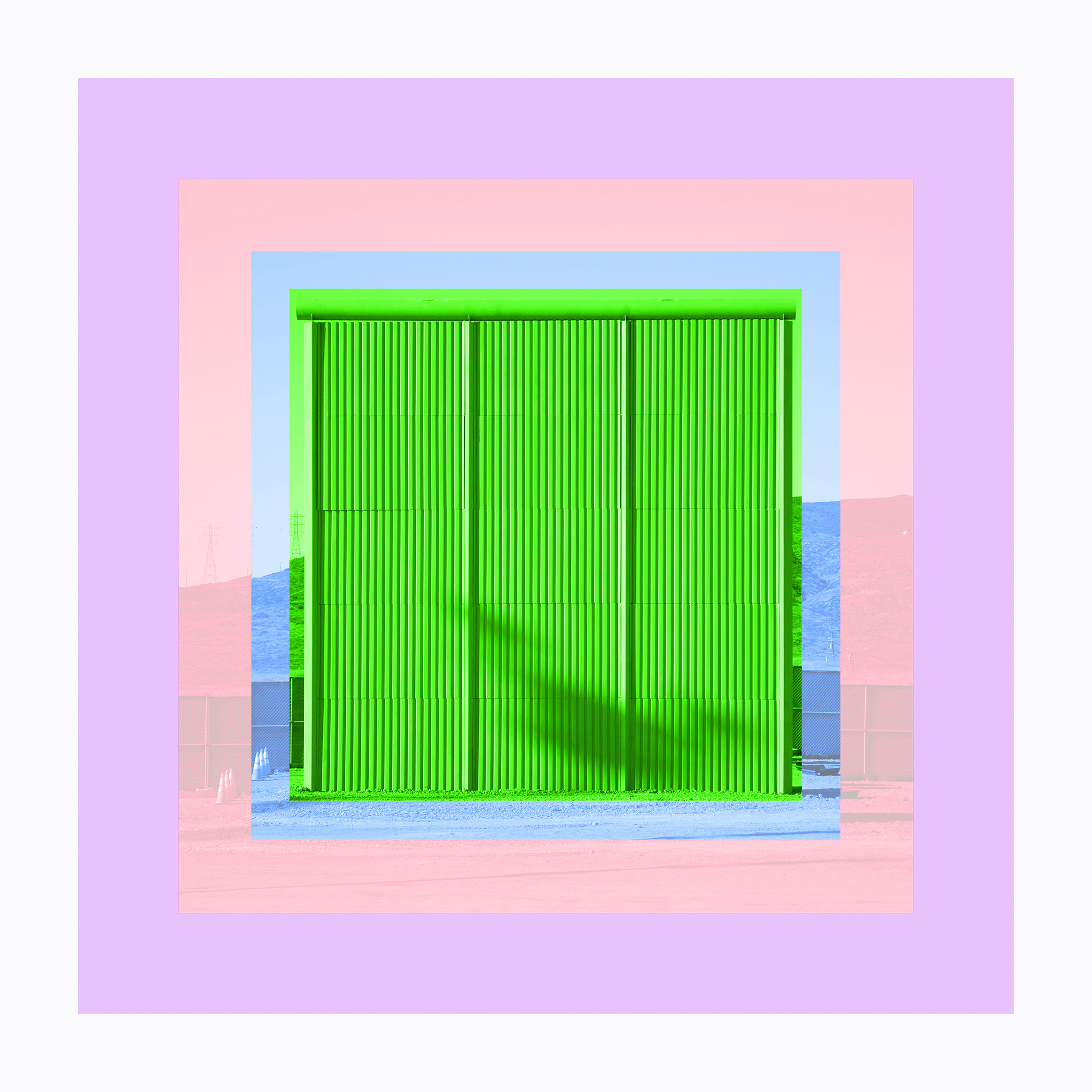 “Tony de los Reyes has been making work about the US–Mexico border for the last twenty years. In 2017, for his series Paranoid Architecture, de los Reyes photographed the eight ‘wall system’ prototypes commissioned by President Donald Trump through the Customs and Border [Protection’s] Office of Facilities and Asset Management.”

What do you want people to take away from W|ALLS?

Since the beginning of recorded history, there is been evidence of walls being built. So what is it about human nature that in times of anxiety or in times of uncertainty makes people put up walls? When you look at the past, you find that walls are not permanent, and they’re not always used for what they were intended. The photographs that are on view speak to this narrative.

I’d like to see people be a little more intentional and reflective. Photography allows for a very direct observation on human behavior and the human condition. A picture can feel immediate and maintains the power to capture our world. I really hope people will see these pictures and think about why we build barriers and how we can maybe let down a few in our spaces. 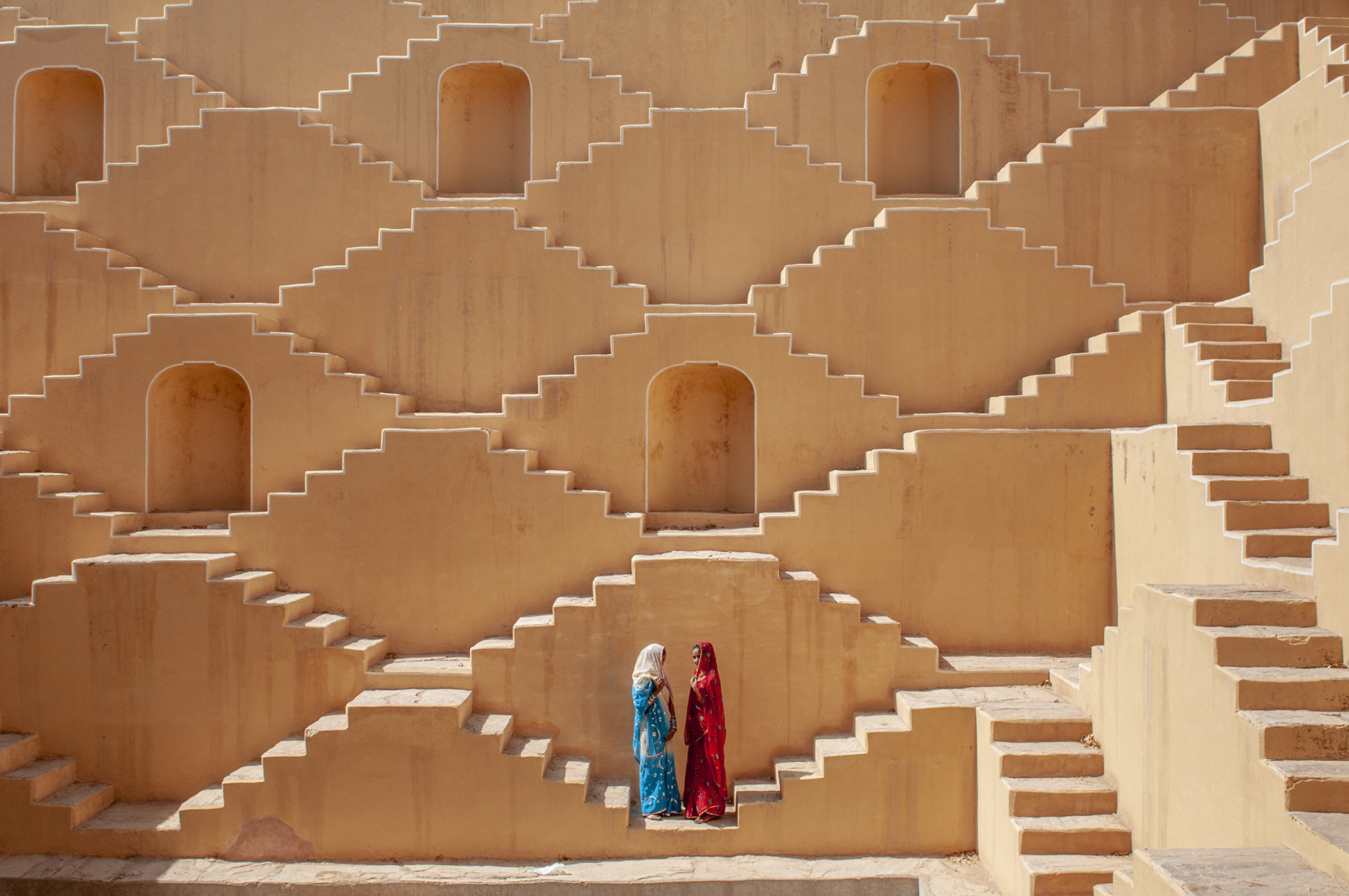 “Two women meet at a stepwell near India’s Rajasthan Thar desert. Water conservation is essential to survival in this arid region, and sometime around 250 AD, stepwells were created to capture water during the intense rainfalls and hold it during the dry seasons. Although the structure is 1,000 years old, visitors can still climb down the 200 steps lining the retaining wall to the pool below.” 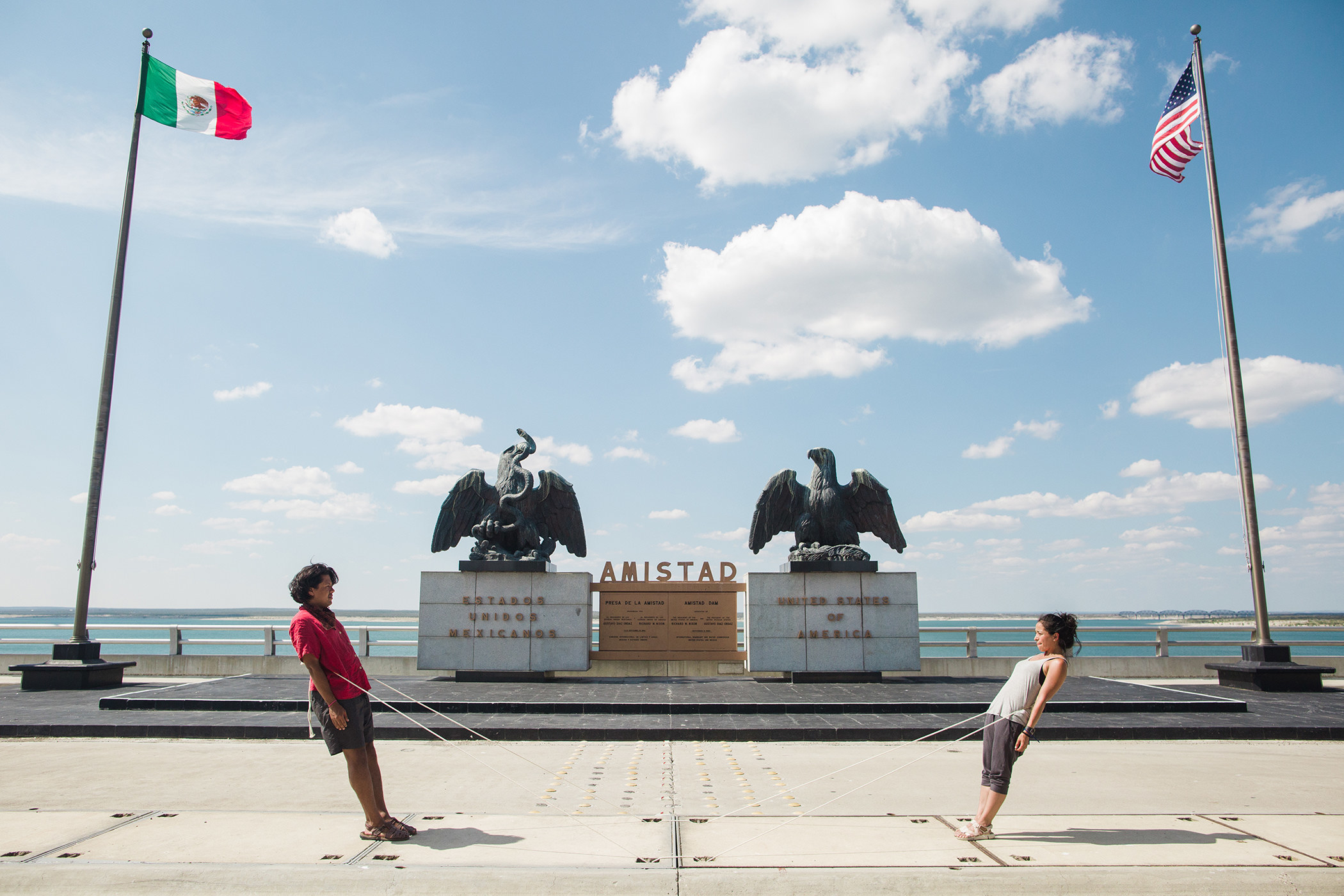 “This series of photographs and film documents the AMBOS Project, a series of artistic interventions developed by the Los Angeles artist Tanya Aguiñiga. AMBOS — Art Made Between Opposite Sides — seeks to explore the relationship between residents of the border with the border and their corresponding population on the other side.” 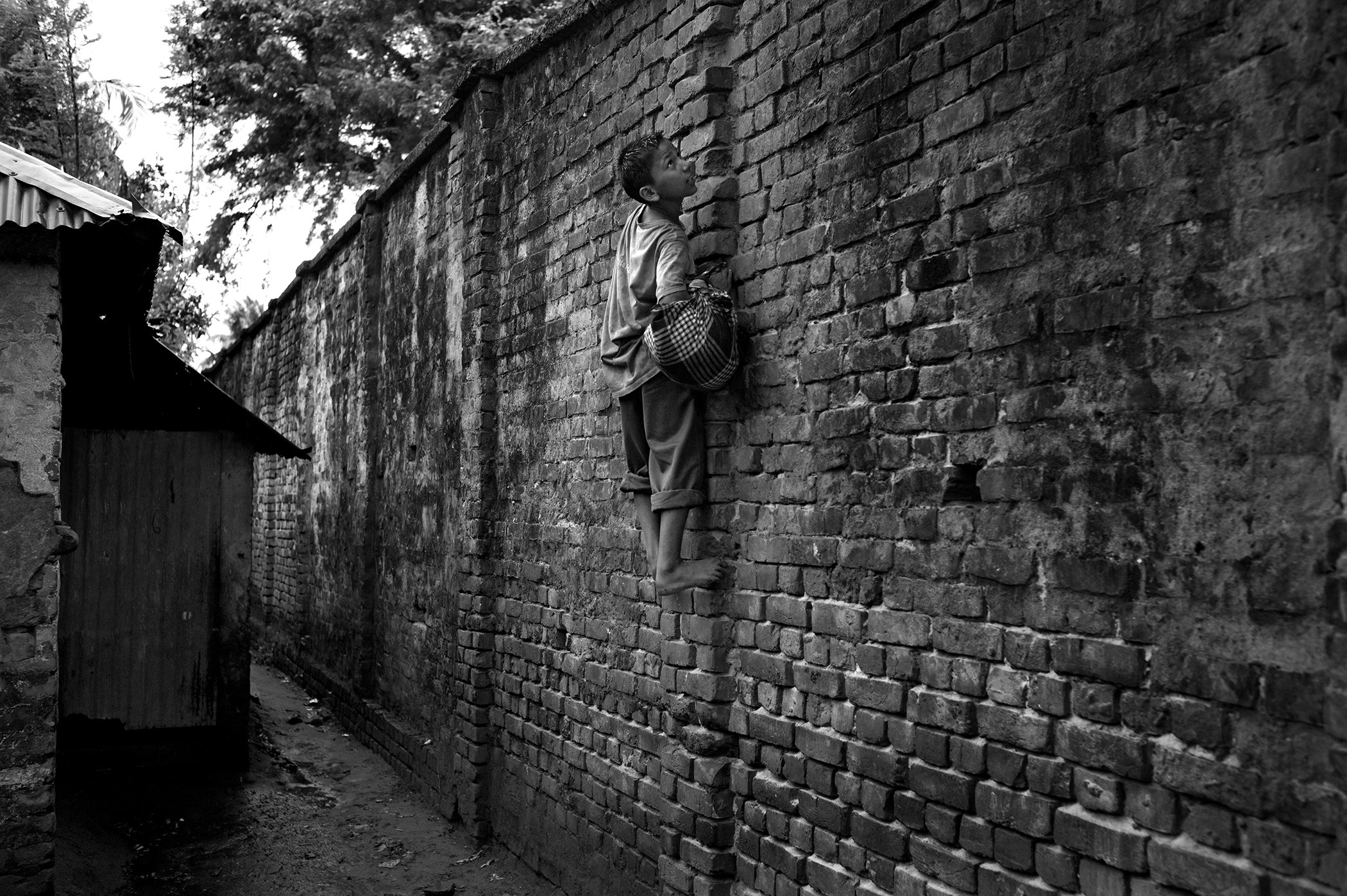 “Bangladesh and India share the fifth-longest border in the world and since 1993, India has fortified this border with walls, barbed wire, and military force. However, migrant workers and illegal trade still pass across the border daily, even though severe punishment and death occur constantly — both for Bangladeshi illegally crossing and for Indians harboring the migrants.” 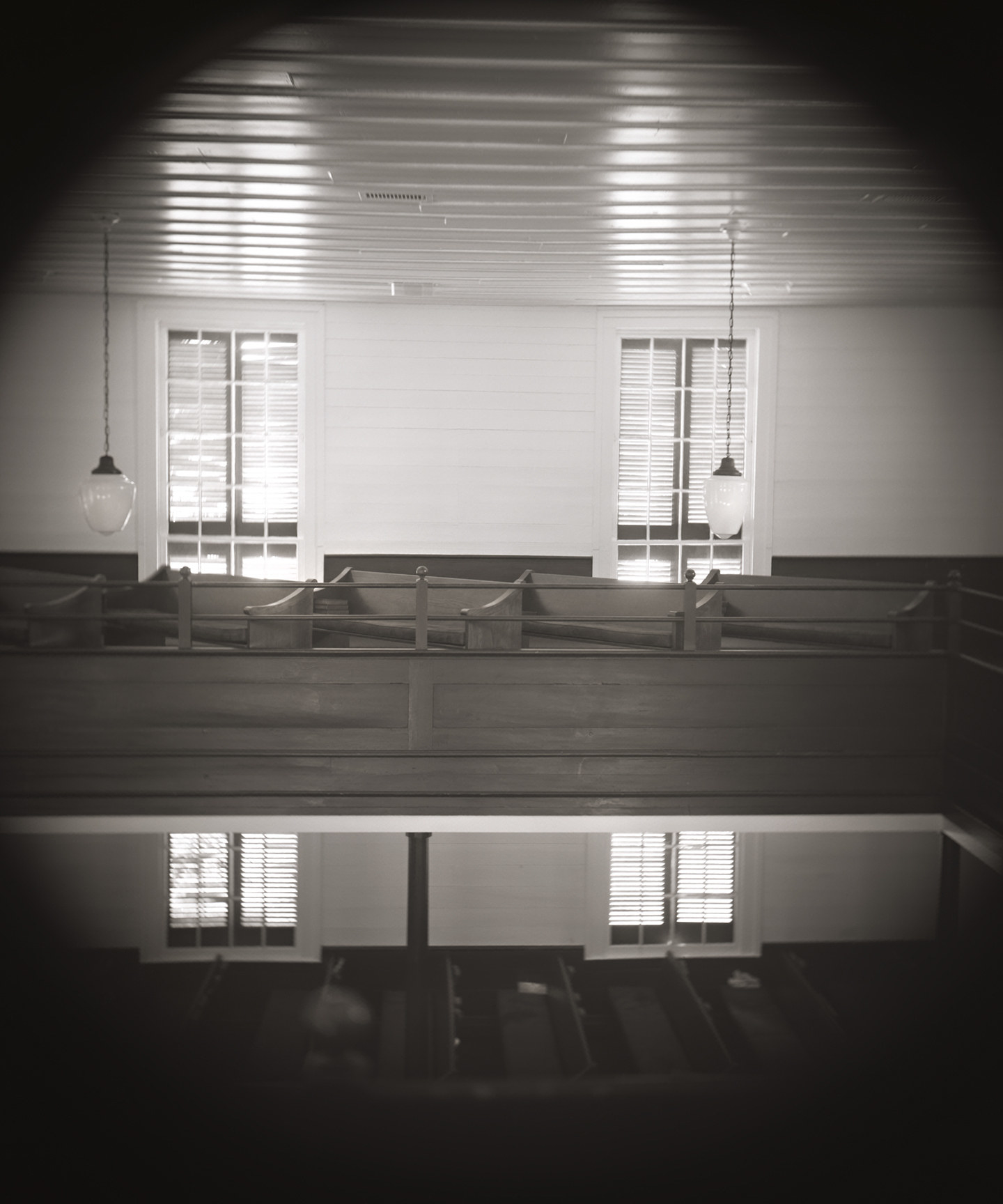 “This picture of segregated pews records the divisions common in churches in the South during the period of slavery and later segregation.” 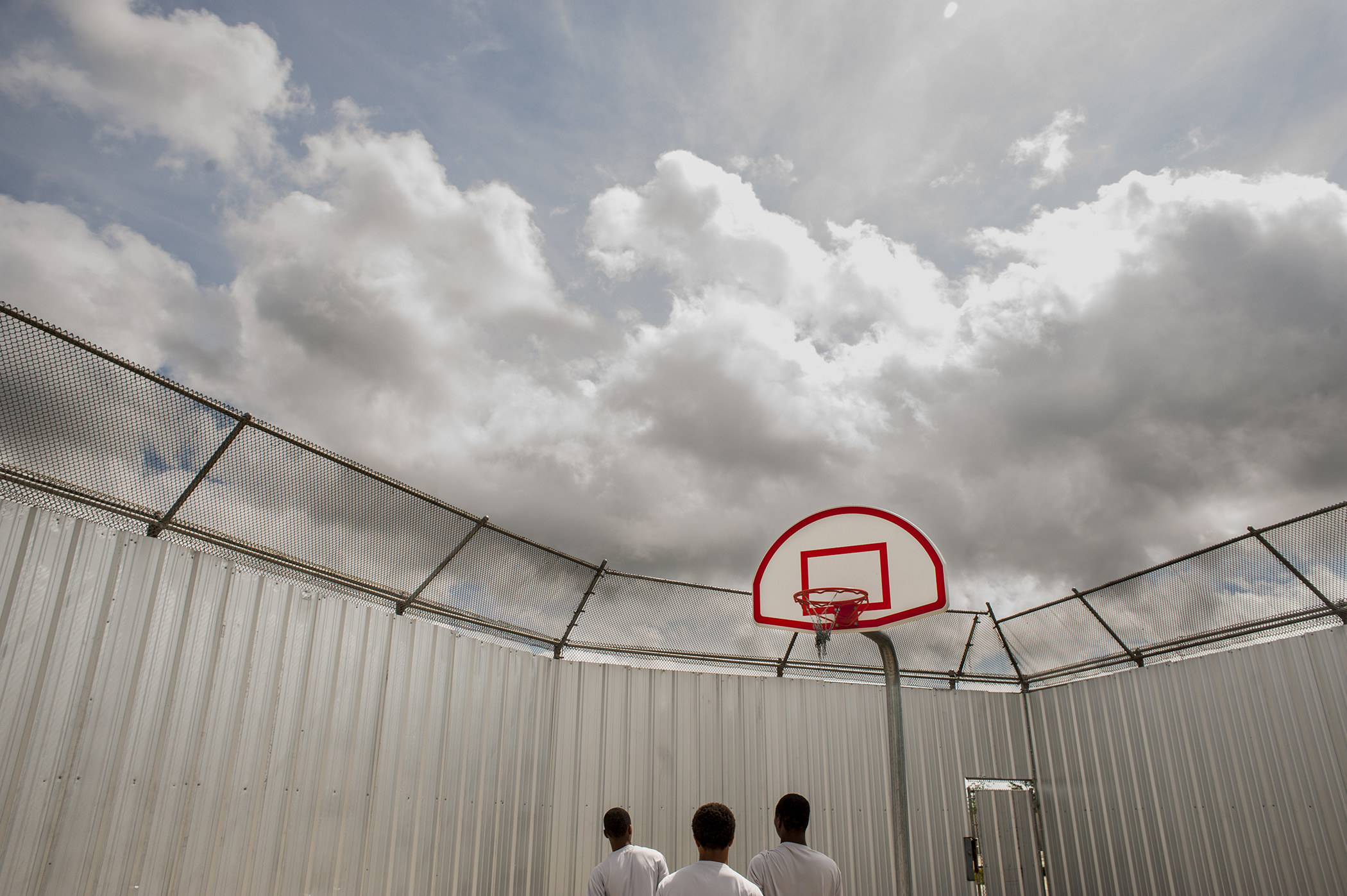 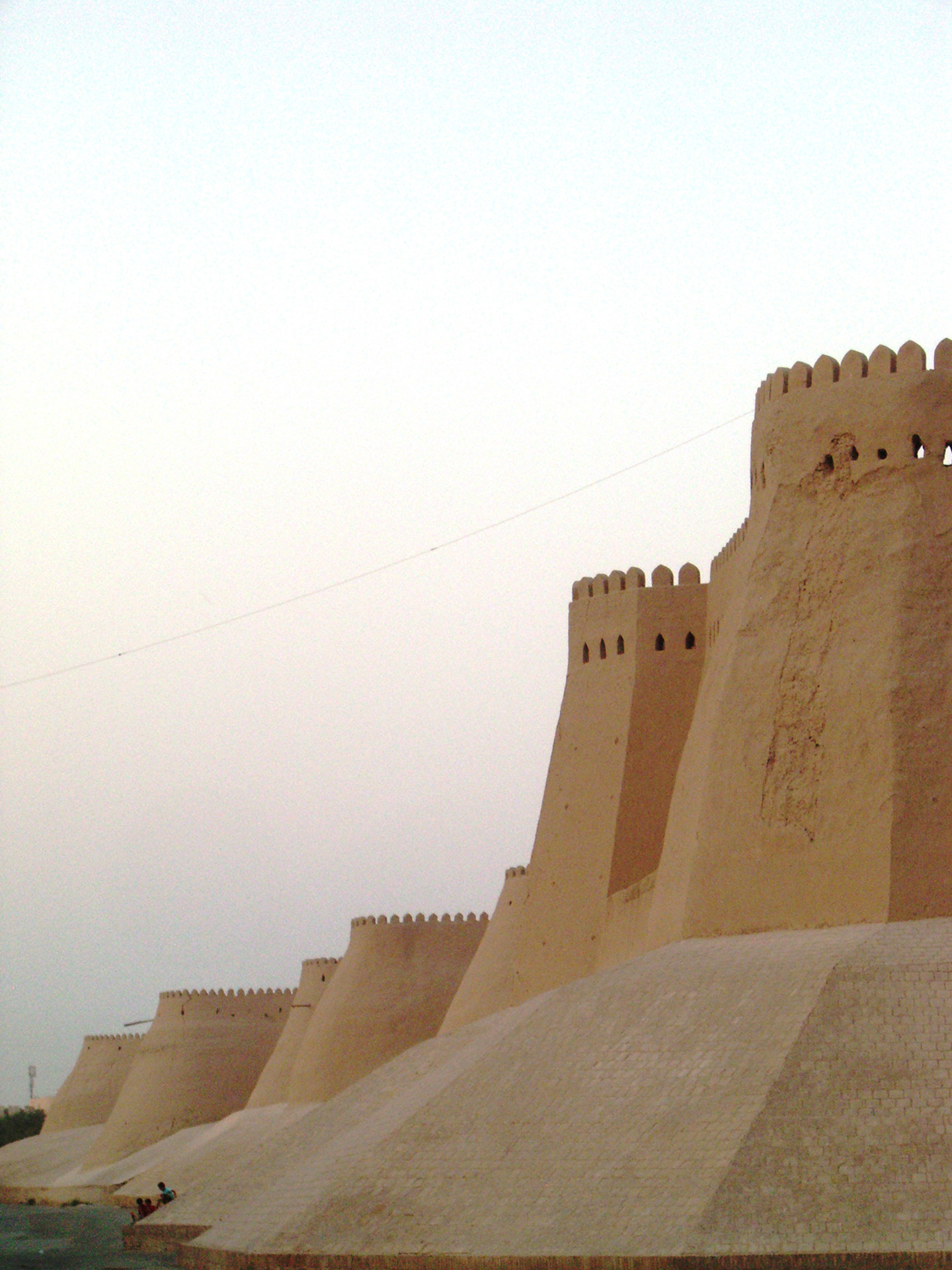 “Like many ancient and medieval walls, those that protect Itchan Kala, or inner fortress, of Khiva, Uzbekistan, have been rebuilt. Originally constructed in the 10th century, the towering barriers protected the last oasis on the Silk Trade route before travelers entered the Karakum desert. Visitors could trade, pray, and rest within the safety of the walls. The Mongols devastated the city in 1226; while the city rebuilt, it was destroyed again in the 18th century by Nader Shah of Iran. While the foundations may be original, the new walls were rebuilt in the 18th and 19th centuries and are now protected as a World Heritage Site.” 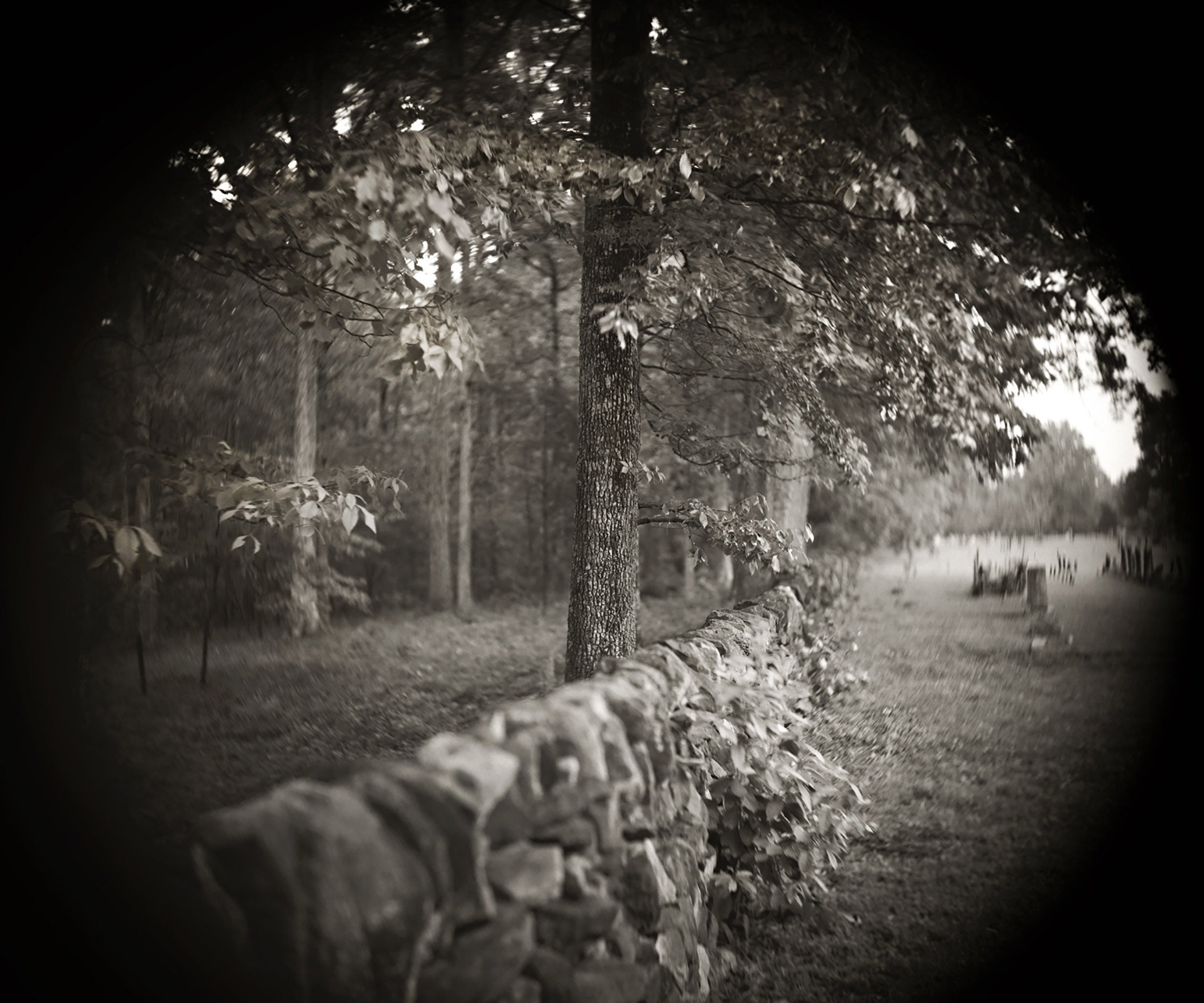 “Linda Foard Roberts’ deeply personal work is rooted in memory, family, and local histories, combined with philosophical inquiries about life, death, and basic human rights. Roberts uses a Darlot brass barrel lens, likely made during the Civil War era, to photograph sites of the Carolinas that speak to the division and struggles of enslaved people in that region. For this image, Roberts photographed a graveyard bisected by a wall, dividing the enslaved buried on the left from the parishioners of the church buried on the right.”

W|ALLS: Defend, Divide, and the Divine is on view at the Annenberg Space for Photography in Los Angeles from Oct. 5 to Dec. 29.

10/16/2019 Entertainment Comments Off on These Powerful Pictures Show The Emotional And Political Impact Of Walls
Recent Posts
We and our partners use cookies on this site to improve our service, perform analytics, personalize advertising, measure advertising performance, and remember website preferences.Ok