Here we are: the end of 2018. It’s been a big year, with too many important, hilarious, heart-wrenching, inspiring, tense and enthralling moments to recount, so instead, we’re going to focus on this year’s pop-culture moments that were watershed, important or just too damn wild not to be recalled.

In the world of film, TV, music and celebrity news, this was a busy year. We watched movies that changed us, like Black Panther and Crazy Rich Asians. We saw reboot fever hit TV hard, with beloved shows like Roseanne (and later, The Conners), Murphy Brown, Magnum P.I. and Charmed returning to the small screen in vastly updated forms. When it came to celebrity news, we got word of surprising splits, thrilling celeb weddings, the births of lots of celebrity babies and, on a sadder note, we said goodbye to some very important celebs who died.

In short, so much has happened, but let’s take a moment to look back on the major pop-culture moments that will no doubt come to define 2018.

The Success of ‘Black Panther’ Was Astonishing 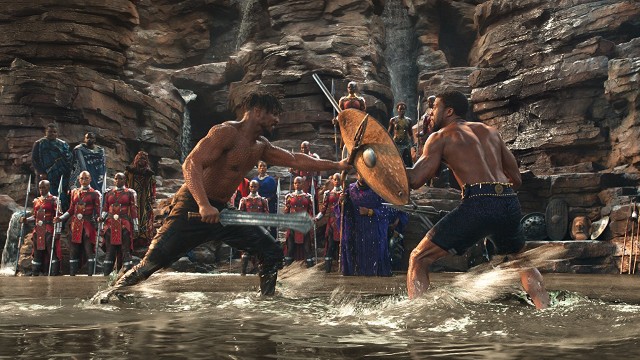 It was undeniably the biggest movie of 2018. The most impactful, the most quotable, the most iconic. The movie with the most stunning cast, with some of the best action sequences of the year. The one that changed superhero movies, expanded and raised our consciousness and made us all happier after seeing it.

2018 was the year of Black Panther. With a cast of heavy-hitters including Chadwick Boseman, Angela Bassett, Michael B. Jordan, Danai Gurira, Forest Whitaker and Lupita Nyong’o and an important, deeply Black story at its heart, this film immediately earned its place in history shortly after its premiere in February. 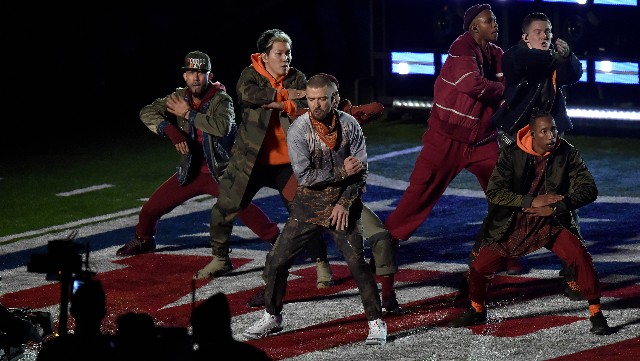 Justin Timberlake returned for another halftime performance, this time at the 2018 Super Bowl. The singer’s show will likely be remembered for a couple of key things: the performance of his Trolls earworm “Can’t Stop the Feeling,” the overload of camouflage that will likely go into the Super Bowl halftime show wardrobe hall of fame, and his tribute to Prince (done because the Super Bowl was held in Minneapolis, Minnesota, Prince’s hometown), which was met with mixed reactions from the public.

‘Queer Eye’ Returned & Made the World a Happier Place 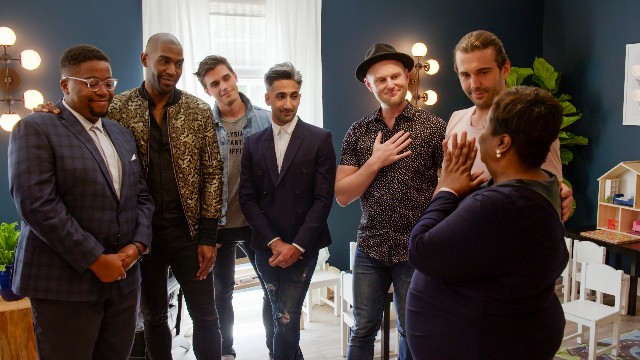 It’s hard to believe, but in 2018, we got not one but two whole seasons of the very fun and uplifting Queer Eye reboot on Netflix (with a third season on the way in 2019). Introducing us to a new set of lifestyle coaches — Karamo Brown, Antoni Porowski, Tan France, Bobby Berk and Jonathan Van Ness — the reboot focused on the positive, healing power of the makeover portion of the show and made the world a brighter place in doing so. 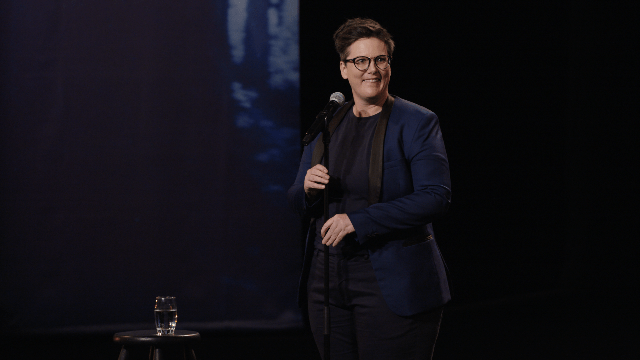 Released on Netflix in July, Tasmanian comedian Hannah Gadsby’s hour-long stand-up special, Nanette, immediately became a watercooler conversation topic when folks seized on the importance of the entire special, especially the final third. Gadsby’s special initially focused on her queerness but quickly evolved into an extended conversation about toxic masculinity and its pervasive, negative effects on culture as a whole.

Kylie Jenner Made a Home Video That Broke the Internet 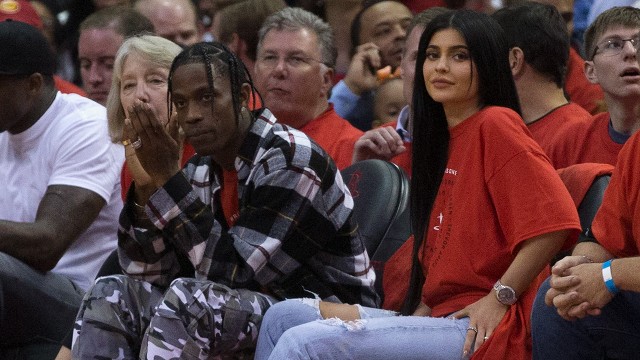 After almost a year out of the public eye (a rarity in her case), Kylie Jenner reemerged into the public eye in February with a sentimental home video titled “To Our Daughter” confirming she was pregnant with her first child, daughter Stormi Webster, with boyfriend Travis Scott. As with all things Kardashian-Jenner-related, the video went immediately viral. 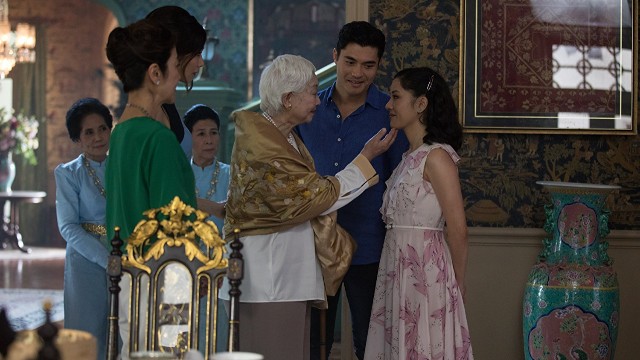 2018 was the year of the romantic comedy revival, aided in part by the massive success of Crazy Rich Asians in August. The film was not only a massive hit with audiences, but the film itself became widely lauded for the fact that it featured a predominately Asian and Asian-American cast — the first time in over 20 years a major American studio had made that happen.

It Was a Huge Year for the British Royal Family 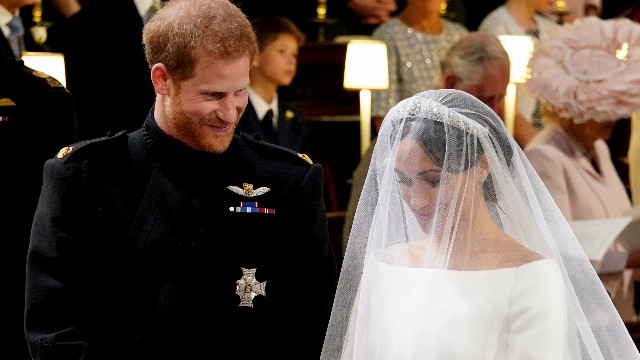 The British royal family had a huge year, as it seems all family members were put into even greater focus in the public eye.

There were two big royal weddings, with Prince Harry marrying Meghan, Duchess of Sussex, in May and Princess Eugenie marrying Jack Brooksbank in October. There was also lots of baby news, with Prince William and Catherine, Duchess of Cambridge, welcoming their third child, Louis, in April and Harry and Meghan confirming in October they were expecting their first child. 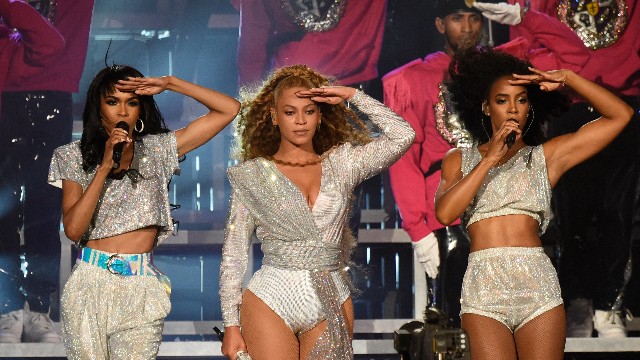 As per usual, Beyoncé rocked everyone’s world at Coachella 2018, performing 26 of her biggest songs during the Saturday evening headlining slot. She brought out former Destiny’s Child members Michelle Williams and Kelly Rowland, little sister Solange, hubby Jay-Z and even J Balvin to help her make the performance one of the biggest of the year.

2 of Our Fave Celebrity Couples Split 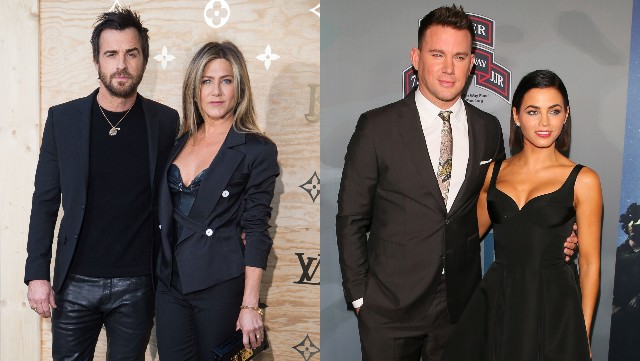 We thought they’d last forever; turns out we were wrong.

We were rocked in 2018 by the splitting up of multiple favorite couples, but the two that maybe hit the hardest were the February split of Jennifer Aniston from second husband Justin Theroux and, in April, Channing Tatum and Jenna Dewan. Each celeb has moved on with their lives, but we will never forget them in their respective coupled-up forms.

‘This Is Us’ Revealed How Jack Dies 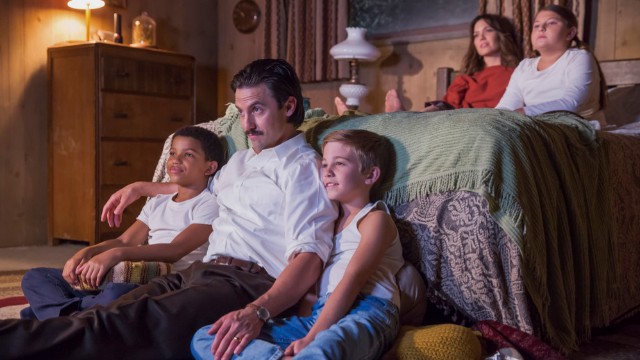 After nearly two whole seasons of buildup, This Is Us finally showed fans exactly how beloved TV dad Jack Pearson died in the aftermath of a fire caused by a faulty Crock-Pot. It’s an episode that will likely go down in TV history and will immediately make fans of This Is Us burst into tears.

It Was Truly the Summer of Love 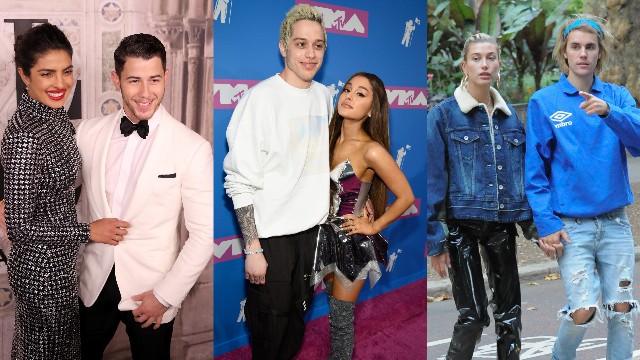 The summer of 2018 was wild in the sense that it felt like every week, there was a new high-profile engagement of a young celeb couple who had only been together for a few months at most. In June, Ariana Grande and Pete Davidson got tongues wagging about an engagement (that would later be confirmed) after they’d only been confirmed as a couple around late April or May. In July, Priyanka Chopra and Nick Jonas got engaged after two months of dating. Then later in July, we learned Justin Bieber had gotten engaged to Hailey Baldwin just a month after the two had rekindled their romance, with the pair reportedly marrying by September. 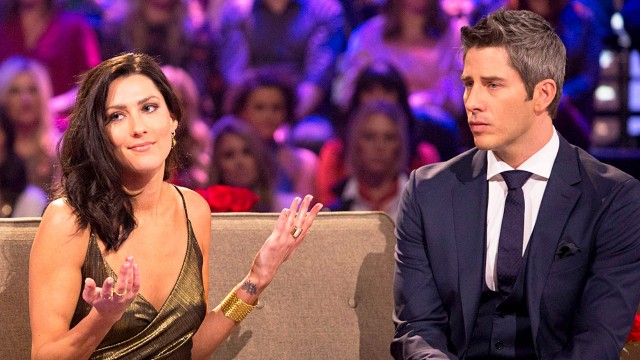 In the history of The Bachelor, no moment has been as cringe-inducing or memorable as Bachelor Arie Luyendyk Jr.’s on-air breakup with former fiancée Becca Kufrin. After proposing to her during the Bachelor‘s season 22 run, Luyendyk proceeded to break up with Kufrin while the cameras were rolling, leaving her for his runner-up, Lauren Burnham. It was the breakup heard ’round the world, leaving Bachelor Nation (and at least one A-list celeb) with lots of feelings about his behavior. 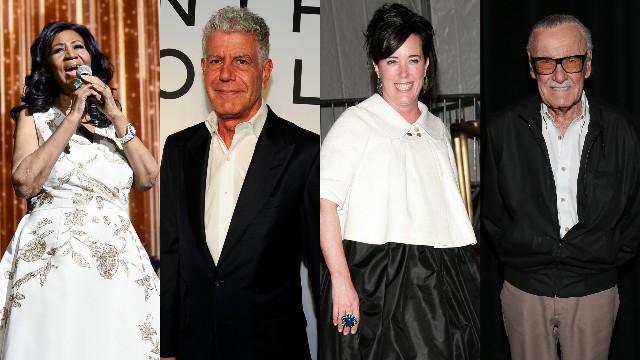 Over the course of 2018, we lost many important cultural figures, but the deaths of Aretha Franklin, Anthony Bourdain, Kate Spade and Stan Lee arguably hit an extra-tender spot in our hearts.

The Obamas’ Official Portraits Were Revealed 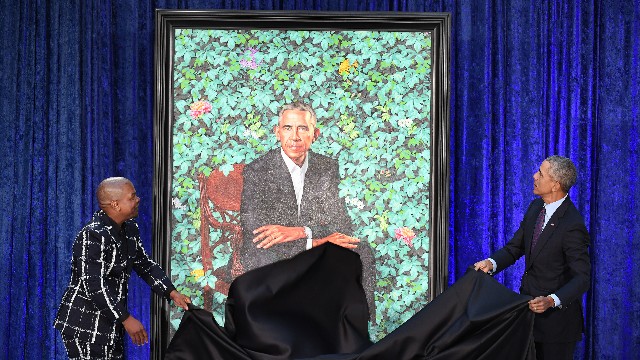 In February, Barack and Michelle Obama’s portraits that now hang in the National Gallery in Washington, D.C., were unveiled. Barack’s portrait features floral symbols connecting him to his Hawaiian roots, while Michelle’s was a stunning, simple portrait showing her in black and white while swathed in a colorful dress. Michelle’s portrait in particular gained a lot of attention when a young Black girl, Parker Curry, was pictured looking at the portrait in complete awe because she thought Michelle was “a queen.”

The ‘Roseanne’ Reboot Fizzled Out Due to a Controversy 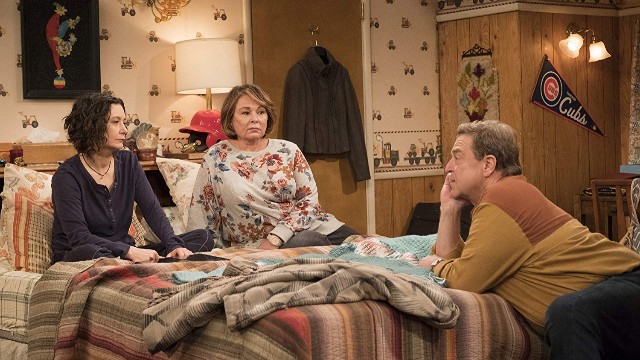 Perhaps the biggest TV-related story of 2018 was the jaw-dropping controversy that led to the cancellation of the Roseanne reboot and the subsequent creation of a spinoff sans Roseanne star Roseanne Barr, The Conners.

Shortly after the reboot’s premiere in March, Barr sent out a series of tweets many viewed as racist about former senior advisor to former President Barack Obama, Valerie Jarrett. ABC took swift action, canceling Roseanne and firing Barr, leading Barr to handle her fall from grace very poorly and ABC to create spinoff series The Conners in Roseanne‘s place. 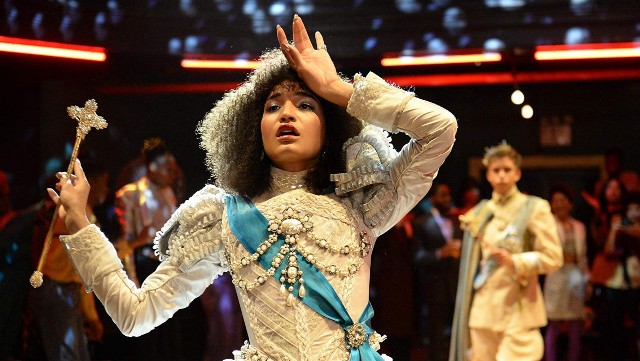 Ryan Murphy’s latest series, Pose, premiered on FX in June, and it was not only warmly received, but it managed to break a huge glass ceiling in TV that, in 2018, was mind-bogglingly still intact. The achievement in question? Pose has the distinction of being the first TV series to feature a leading cast of predominately transgender actors of color.

Kevin Hart Gave Up His Chance to Host the Oscars 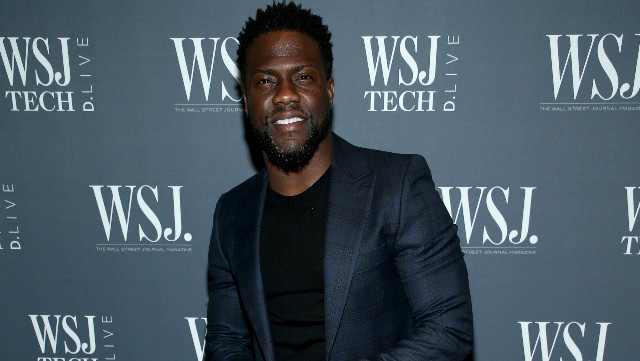 For approximately 48 hours in December, Kevin Hart was the confirmed host of the 2019 Oscars; then, as quickly as it had happened, he was not. Shortly after news broke in early December that Hart would be the host of the Oscars, old tweets containing homophobic language emerged and caused immediate backlash for which Hart gave a half-hearted apology before voluntarily stepping down — a rare occurrence of the confirmed Oscars host no longer taking on the role and forcing the Academy of Motion Pictures Arts and Sciences to rush to find a new host.