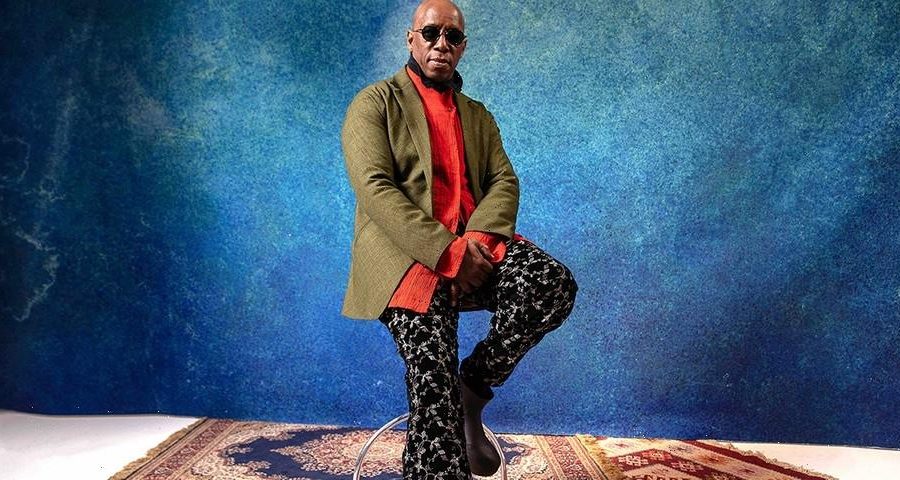 In 1991, after six years and countless goals for Crystal Palace FC, Ian Wright was signed by Arsenal for a record fee. Excitement built for Arsenal fans to see their marquee signing: a seasoned Premier League striker, who’d swapped South London for North, but would terrify defenders all the same. Traditionally, when a new signing was presented to the club, it was expected they’d dress smartly: a suit, tie, shiny shoes. The works.

Ian Wright, 27 years old at the time, arrived in a baseball cap and leather jacket. It’s safe to say that Ian’s attire did not go unnoticed. George Graham, his new manager, was not impressed. “They said you gotta go and meet the boss and do the thing. I remember when I got to the ground and met him, he looked me up and down.”

Looking back 30 years later on wearing such a controversially casual outfit while signing to one of the biggest football clubs in the world, Wright remains unbothered. Yes, he might’ve been the club’s record signing, yes there might’ve been a status quo, but more important to Wright was being himself. Speaking about the day he signed, he recalls: “I can’t understand why that was so important. [Graham] said “you not got a jacket?” I said no, this is my jacket.” But despite what his critics may have thought, Wright very quickly showed that he did in fact, mean business, scoring a hat trick in the same week he signed. “Of course, I do understand who you represent with Arsenal and what we were. But that in my view wasn’t anything for them to be as vexed as they were.”

“I want to look good, because there were too many years where I couldn’t look good.”

While today, touches of fashion experimentation from footballers beyond the pitch are the norm, it wasn’t as easy for a player in the 90s – let alone a black man from South London. The impact Wright has had on young, black athletes of today should not be understated: his deadliness on the green carpet of Highbury was matched only by his stylishness on the red.

“I want to look good, because there were too many years where I couldn’t look good and I had no choice in it,” he says. It’s why Wright has never compromised on his style. More importantly, it’s how he wears it, and how it makes him feel. On a day where his head is freshly shaved – he swears by Gillette products and its razors giving him the cleanest shave. “BOOM. BAM. BOOM. Best face forward” – there’s nothing ruining his day.1 of 2 Ian’s eye for fashion has been with him since childhood. Before the leather looks, baker boy hats and gold tooth, there was Uncle Charlie, the first person Wright recalls being an inspiration for him to explore his own style: “He was somebody I used to look at because he used to come every Sunday to my Mum’s and every week he’d wear something different.”

Many of the elements of style Wright is now famed for, he attributes to his uncle: “All his top teeth were gold” he says. “When he came over in his felt hat, it would have a place on the top of the cabinet and it would stay there. His hat was always immaculate.”

Beyond Uncle Charlie though, lies Wright’s heritage. If there was any confusion about his roots, one look at his feet will usually tell you everything you need to know: “I’ve got Clarks for days, Clarks for days.” A staple of Caribbean fashion, Wright is a life-long fan of the brand, wearing the Raheem Sterling x Clarks Wallabees on the day of this interview.

“When we went to Jamaica, they didn’t have clothes which were majorly expensive, but the way they wore everything was so stylish,” he says. “It’s not just about the clothes, it’s how you wear the clothes. It’s how you feel.” Looking at his relatives back in Jamaica, he learned not to concern himself with a label or a name, just with how his clothes fit on him, and how they made him feel when he looked in the mirror. The legacy of his heritage will never be lost on him, and therefore he feels it’s only right that he exhibits that proudly. “Sometimes what was really cool is that you’d see a really dark skinned guy with his gold teeth. It just looks amazing.”

“To have a gold tooth like that, I don’t know. It was a statement, it was a proper statement.”

This perhaps inspired the accessory that has defined Wright’s look throughout his career: his gold tooth. Though originally he may have told people that he had a chipped tooth and needed it repaired, the truth was that it was a purely cosmetic choice. At 15 he added “the ultimate accessory” to his repertoire after finding a dentist that was “golding up the mandem” in Notting Hill. Decades later, the gold tooth helps paint a picture of who Ian Wright is – an unapologetically expressive character. “That’s one of the times I spent a lot of time in the mirror, man, smiling. Honestly it was just like it was because at the time, you know, to have a gold tooth like that, I don’t know. It was a statement, it was a proper statement.”1 of 3 Some statements have landed him in more trouble than others. One victim – if you might call it that – to a ‘Wrighty upgrade’ was the 95/96 Arsenal home kit. At the time, it seemed as though Wright was given a custom kit, without a visible collar, as he would constantly tuck it in during games.

Distracting in his peripheral vision? No. Irritating his skin? Try again. In Wright’s own words: “The collar didn’t look good. It was a time where Eric Cantona was putting his collar up. I just cut mine off.” Soon after, Wright was paid a visit by David Dein, former vice-chairman of Arsenal, after the club had received complaints about children cutting the collars off their own kits. He laughs as he recalls the story: “The parents were saying they bought this shirt, it’s cost them this much money and Ian Wright’s cut his collar off. And Nike weren’t happy because obviously they’ve made this shirt, they’ve got the collar, they made it so that it goes out and I’ve cut it off.”

Wright responded in typical fashion. “I said I don’t business. I said that collar doesn’t look good on that shirt.” So he kept cutting, and kept scoring, so could they really complain?

“It’s about the confidence you get from owning yourself.”

No surprise at all that when he excitedly talks about some of today’s players, those who dress unapologetically, he recognises elements of himself. “Have you seen Héctor Bellerín? Same with [Dominic] Calvert-Lewin, Tom Davies. They are wearing proper up to speed gear, they’ve got all the right people in and around and it’s out there – flared, checks, colors, hats – everything is absolutely like how I’d like to have been. Them man don’t business what anyone says, they’re just out there looking brilliant.”

“Shaving my head is about getting myself right, it’s like brushing your teeth. It’s essential, you have to do it.”

The players he mentions are a testament to the barriers Wright broke down in his time, and the status quo he defied without apology. The new generation has taken the mantle and run with it, with their own take on Wright’s mantra for the day: “It’s about the confidence you get from owning yourself.”

For Wright, there’s a prize in the process: “There’s got to be process in everything man.” From the hat, to the socks, everything is planned and executed meticulously – sometimes without having to even check his own reflection. “I’m not in the mirror all the time, you know what I mean? It means enough to me that I think about what I’m going to wear the night before because I get pleasure in that.” Instead a large proportion of time spent in front of the mirror is dedicated to an activity that’s become somewhat of a ritual for Wright. “Shaving my head is about getting myself right, it’s like brushing your teeth. It’s essential, you have to do it.”1 of 2 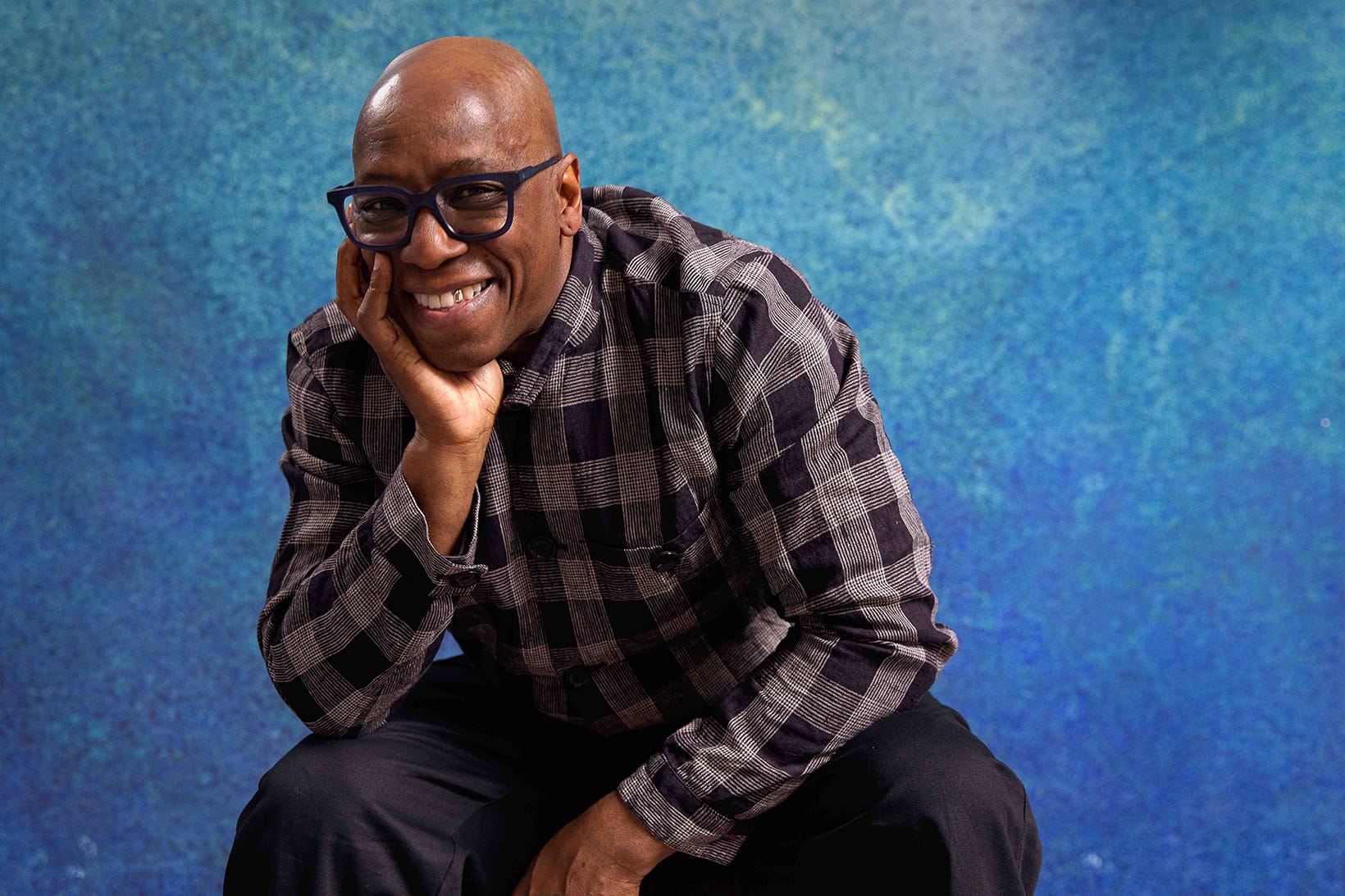 It’s not a ritual he’s had his whole life however, but it’s one that’s now as important to him as any other. Old pictures will confirm that, believe it or not, Ian Wright used to rock a full head of hair before he emerged with his now iconic look. However embracing the realisation that he was, in his words, “follically challenged” came easy to him. Whilst there weren’t many bald guys he was looking up to stylistically – “I remember the only Black bald guy I used to see was a guy in Tarzan and Yul Brynner.” It was a case of accepting it straight away. “I stupidly dyed my hair blonde for a football match and I got my sister and her silly friend to do it and they messed up my head. So [laughs] I lost my hair. But when I got to the stage where my hair wasn’t growing back the same and I had to shave it off, I just owned that straight off the bat.”

“That’s all you’re doing it for, the fact that you’re comfortable with it inside and the people that know know. The fools will try and talk but they will soon depart.”

Put this one in a museum.
Source: Read Full Article