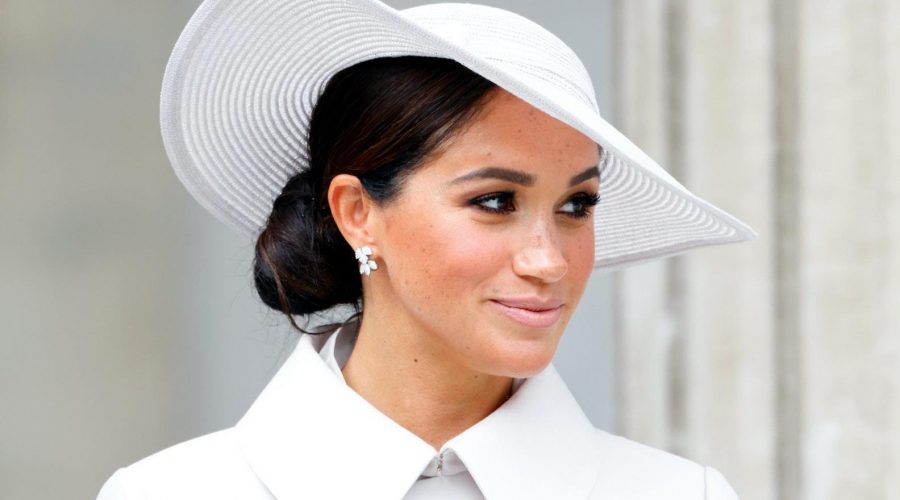 In a recent interview, the Duchess of Sussex Meghan Markle shared some wise words on the importance of forgiveness. Here’s why her message is so important.

No matter how much you want to move on, forgiveness is rarely easy. Being hurt, whether that be emotionally, physically or psychologically, is one of those experiences that never gets easier no matter how many times it happens. And feeling angry, upset or frustrated with the person that hurt you often feels more satisfying than letting everything go.

But just because forgiveness often feels harder than hanging on to the hurt, it doesn’t mean it’s not worth it, as the Duchess of Sussex Meghan Markle explained in a recent interview.

Recounting her and Prince Harry’s experience of leaving their royal roles behind to move to the US, Markle explained why she’d made an “active effort” to forgive her family and royal in-laws, despite the fact that there is nothing holding her back from revealing everything she experienced.

“It’s interesting, I’ve never had to sign anything that restricts me from talking,” she told The Cut. “I can talk about my whole experience and make a choice not to,” she continued, adding that she is “still healing”.

Markle explained: “I think forgiveness is really important. It takes a lot more energy to not forgive. But it takes a lot of effort to forgive. I’ve really made an active effort, especially knowing that I can say anything.”

Taking a moment to pause and take a deep breath, Markle added: “I have a lot to say until I don’t. Do you like that? Sometimes, as they say, the silent part is still part of the song.”

Meghan Markle and Prince Harry first announced they would be stepping down as primary members of the Royal Family back in 2020.

As always, Markle’s words are incredibly articulate and intelligent – and they can teach us all an important lesson about why choosing forgiveness is so beneficial. Markle could share her side of the story (and she wouldn’t be in the wrong to do so), but by choosing to stay silent on some matters and pursue forgiveness, she’s given herself space to heal.

Indeed, as the psychotherapist and hypnotherapist Jacqueline Carson tells Stylist, choosing to forgive someone isn’t about giving the other party more power – it’s about reclaiming it.

“Forgiveness is a very loving and compassionate thing to do and sometimes we can feel like we are giving in or accepting that it’s OK for someone to hurt us if we forgive them,” Carson explains. “However, by not forgiving them we are actually giving them the power. No one has power over our own thoughts and feelings and often the hurt you feel is what you create yourself through your own thoughts about the situation.”

Because choosing to forgive allows us to move beyond the negative emotions associated with feeling hurt, Carson also points out that forgiveness is good for our mental health – something Markle herself has clearly experienced.

“Forgiveness of ourselves and others is necessary for good physical and mental health,” she explains.“Forgiveness brings us peace, which in turn brings harmony into our physical being. When we are filled with hatred, resentment and hurt, this festers in our subconscious mind and creates chronic negative emotions in our body and mind.”

This is all well and good, but what if the idea of forgiving someone feels completely unachievable? As Markle explained, it takes a lot of energy to forgive – so what if you don’t have the energy reserves to take such a big step?

While it can be tough to get started, Carson recommends reframing the way you view forgiveness. “Remember when you forgive, you are not condoning any wrongdoing – you are releasing your own feelings and thoughts of hurt, anger and frustration,” she says.

“While it is beneficial to be able to talk about the issues and both parties agree to put things behind them, if this is not possible, or the other party does not wish to, you can still forgive them without their knowledge. It is about letting go and releasing negative feelings and emotions. They don’t even need to know you have forgiven them.”

So, there we have it. Forgiveness is never going to be easy, but if you want to put your happiness first, it’s often a necessary part of the healing process. It may require a lot of effort, but it’s absolutely worth it – even if it doesn’t feel like it when you first start.