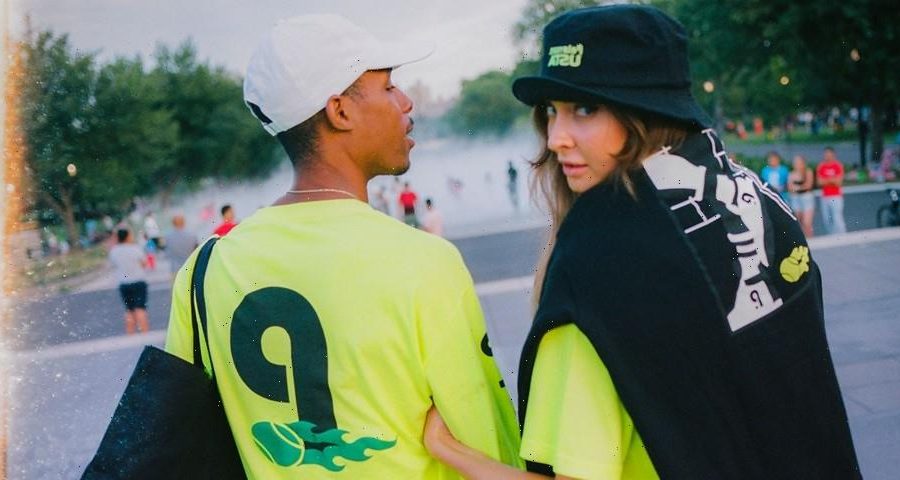 It’s not often that you see skate culture intersect with tennis, but the United States Tennis Association and famed skate brand Paterson are making a case for the unexpected convergence of these two worlds. Coming together for a collaboration, Paterson added its distinct touch to a new, limited-edition capsule collection that marries the timeless sportiness of tennis with the grit of skate style. The series, shot at Flushing Meadows, a decision made by Paterson founder German Nieves as it’s the home of the U.S. Open and legendary East Coast skate spot, features a versatile selection of apparel and accessories that blend athletic and lifestyle elements that can be worn on and off the court.

Featuring T-shirts, hoodies, hats and tote bags, the exclusive collaboration is part of the USTA’s “Let’s Tennis” campaign , which highlights the ever-changing world of the sport and showcases how it’s redefining its roots to match a variety of different lifestyles. The national governing body of the sport not only hopes to reel in new players and fans, but also, encourage former tennis players to pick their racquets up again with this initiative. The latter has proven to not be such a challenge as of 2020, when pandemic guidelines were put in place. Tennis revealed itself to be the perfect social distancing sport with 21 million people rediscovering their racquets, a 22 percent increase from 2019, and 3 million new tennis players joining the sport, a 44% increase from the previous year.

The capsule collection, shot by photographer Adam Cohen, is sure to do just that with key elements of the USTA — from its iconic logo to its new neon color palette — artfully reimagined by Paterson. Coming in a bright lime green, black and white, the long and short sleeve T-shirts and hoodies carry dual brand graphics on its sleeves, chests and backs. The same details appear on the white and black baseball caps, bucket hats and tote bags that round out the assortment.

This effort between the USTA and the streetwear brand is made to stand out, not only because of the classic neon tennis colors used in its conception, but also because of its charitable aspect. Of the proceeds of the limited-edition apparel and accessories, a portion of it will go towards the USTA campaign, Rally for the Future. Designed to raise $20 million over the next three years, Rally for the Future will support 350 National Junior Tennis and Learning Centers across the United States. With this initiative, the USTA plays a crucial role in the lives of student athletes by providing them with resources and opportunities that were previously out of their reach.

The Paterson x USTA collection is available now on the Paterson website, and will be available for purchase at the U.S. Open on August 30.