Welcome to the T List, a newsletter from the editors of T Magazine. Each week, we’re sharing things we’re eating, wearing, listening to or coveting now. Sign up here to find us in your inbox every Wednesday. You can always reach us at tlist@nytimes.com. 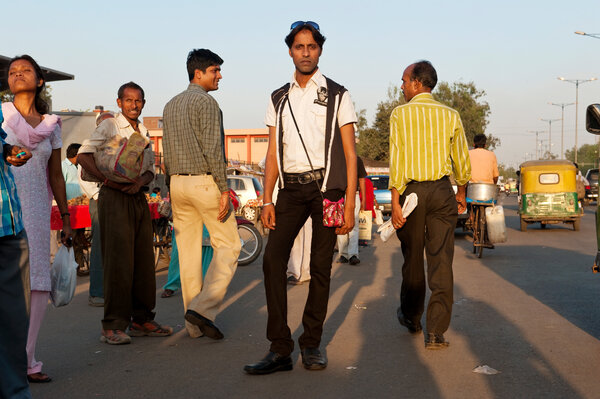 Few photographers have portrayed the complexities of queer life as lyrically as the New Delhi-born, London-based Sunil Gupta. Now 67, the artist and activist recently received his first, and long overdue, U.K. retrospective: “From Here to Eternity,” at London’s Photographers’ Gallery. It comprises 16 photographic series spanning five decades — moving from post-Stonewall New York to Section 28-era Britain to the ongoing L.G.B.T.Q.+ struggles in India. Of particular note is Gupta’s pioneering black-and-white “Christopher Street” series (1976), which documented pre-AIDS gay life in Greenwich Village — “when promiscuity was a political act to sound the death knell to the family and property,” says Gupta. More recent works include “The New Pre-Raphaelites” (2008), for which Gupta created highly staged portraits of South Asian L.G.B.T.Q.+ subjects in poses meant to evoke the iconography of the titular 19th-century English art movement. “I’m now more inspired by fiction as a way of working,” says Gupta of this break from the documentary tradition, which he studied at the New School in the 1970s under Lisette Model, among others. “Even the medium, now digital, allows for endless interpretations,” he adds. “So where in the photographic documentary lies truth?” “From Here to Eternity: Sunil Gupta. A Retrospective” is on view at the Photographers’ Gallery through Jan. 24, 2021; 16-18 Ramillies St, Soho, London; thephotographersgallery.org.uk.

Growing up in Orange County, Calif., Crystal Ung — who is first-generation Chinese-American — would hear stories of how a special jade ring protected her paternal grandfather from harm when he fled Communist China for Southeast Asia in the 1940s. Indeed, the precious green mineral symbolizes protection and prosperity, and Ung’s father, who emigrated from Cambodia to the United States in 1979 to escape genocide, once gave her a jade heart pendant. Wanting to further connect to her lineage, Ung recently began to look for more jade jewelry. But the more she searched, the more frustrated she became. It was hard to determine where certain jade pieces came from. Furthermore, traditional designs didn’t resonate with Ung’s more contemporary aesthetic. “I realized how Eurocentric modern jewelry brands were and how they dominate Instagram,” she said. “I saw the need for more representation, to create a brand Asian-Americans could see themselves in.” Launching this month is Ren, which features five fine-jewelry pieces with refreshing designs and names that honor Asian-American women whom Ung admired during her childhood in the ’90s. There’s the Lucy necklace (named after the actress Lucy Liu), with a natural marquise jadeite set on a lightweight gold chain. And the Michelle ring (named after the Olympic figure skater Michelle Kwan), with a round natural jadeite cabochon set on a thick gold cigarette band. Ren will also sell vintage jade pieces and other types of Asian-inspired jewelry. A portion of the proceeds will be donated to Apex for Youth and the Asian Youth Center. shop-ren.com.

Lilikoi, or passion fruit, have grown wild in Hawaii since they were first brought to the islands in the late 19th century and feature in a variety of regional delights, including syrups for shaved ice, the locally ubiquitous POG (passion, orange and guava) juice blend and, of course, lilikoi butter. This creamy, tangy spread the color of goldenrods has long been savored by Hawaiians — on pancakes and French toast or on its own by the spoonful — but a new generation of chefs are now selling their own unique, small-batch blends. Made through a process similar to that of producing lemon curd, using eggs, butter and sugar, the spread has an equally distinct aroma. “When I cook it, the scent fills the room,” says Etsuko Ono, who has been making the butter, as well as jams from fruit foraged in Hawaii, with her business, Ohana Jam, for the last several years. More recently, Debra Mershon began selling lilikoi butters and condiments, including a pink dragonfruit POG-flavored variety, under the name Lilly Joy Hawaii. Although Hawaii imports roughly 90 percent of its food supply today, Mershon remembers the wisdom of her uncle, a fisherman, who taught her from an early age that the land can provide abundant food. It’s no wonder her customers describe her lilikoi butter as a “jar of liquid Hawaiian gold.” From $12; lillyjoy-hawaii.com and ohanajam.com.

Boutique hotels in Palm Springs tend to rely on the city’s midcentury heyday for design inspiration — record players and mustard yellow accents abound. But the town’s longest-running hotel, Casa Cody, which will reopen in January after an extensive renovation, is an aesthetic departure: an oasis of adobe walls and hacienda-style porches. Named after Harriet Cody, a cousin of Buffalo Bill who arrived in the area from Hollywood in the early 1900s and built the complex with her architect husband, the property became a retreat for artists such as Charlie Chaplin and Anaïs Nin beginning in the 1920s. When the hospitality firm Casetta Group took it over nearly a century later, it turned to the design studio Electric Bowery — of Silver Lake Inn and Erewhon Venice — to refresh the space while preserving its bones and intimate bed-and-breakfast appeal. “We wanted to bring back something more timeless,” explains Cayley Lambur, one of the studio’s two co-founders. “And we tried to keep it very residential in feel,” says her partner, Lucia Bartholomew, “as if you were visiting your chic friend’s apartment in Spain.” The pair drew inspiration from Spanish revival architecture, painting the building’s original wood ceiling beams black, and offsetting the whitewashed walls with brightly colored custom furniture, textiles and handmade indigo and jade-green tiles. The 30 rooms provide views of the grounds — which feature lawns for picnicking and two swimming pools — and, in the distance, the San Jacinto mountains. To further preserve the sense that the property is still a home, the designers accented the rooms with objects found on-site, including an old book of watercolors, the pages of which they framed individually and hung throughout the space. Casa Cody is accepting bookings now for its planned opening on Jan. 28, 2021; casacody.com.

The beauty brand Faculty was founded in 2019 by Umar ElBably and Fenton Jagdeo with the idea of creating a cosmetics company for men that would eschew traditional notions of masculinity. The duo were inspired by style icons such as the Latin trap musician Bad Bunny and the British singer-songwriter Harry Styles, whose painted nails, fine jewelry and floral prints are helping to redefine ideals of male beauty. Jagdeo and ElBably also wanted to replicate the way streetwear brands like Supreme offer limited-edition releases — and Faculty’s first nail lacquer, a forest green hue called Moss, sold out immediately. The line’s latest offering, BLM, is a dark-black nail polish, which, like all of Faculty’s products, is vegan, cruelty-free, nontoxic and made in the United States. A portion of all proceeds from the sale of the shade will go to organizations working toward equality, such as the N.A.A.C.P, Empowerment Programs, the Minnesota Freedom Fund, and Black Lives Matter, among others. It’s a mission in keeping with Faculty’s own goal: to help create a world in which male-identifying people feel comfortable wearing whatever they want. “Why do you wear A.P.C.?” ElBably said in an interview earlier this year with Hypebeast. “Why do you gravitate toward Frank Ocean’s bleached hair? You make these decisions because people have given you permission. At the end of the day a nail polish, a concealer — they’re just chemicals. There’s nothing that makes these gendered at all, it’s all up to perception.” From $15; www.faculty.world.

11/06/2020 Entertainment Comments Off on The T List: Five Things We Recommend This Week
Recent Posts
We and our partners use cookies on this site to improve our service, perform analytics, personalize advertising, measure advertising performance, and remember website preferences.Ok