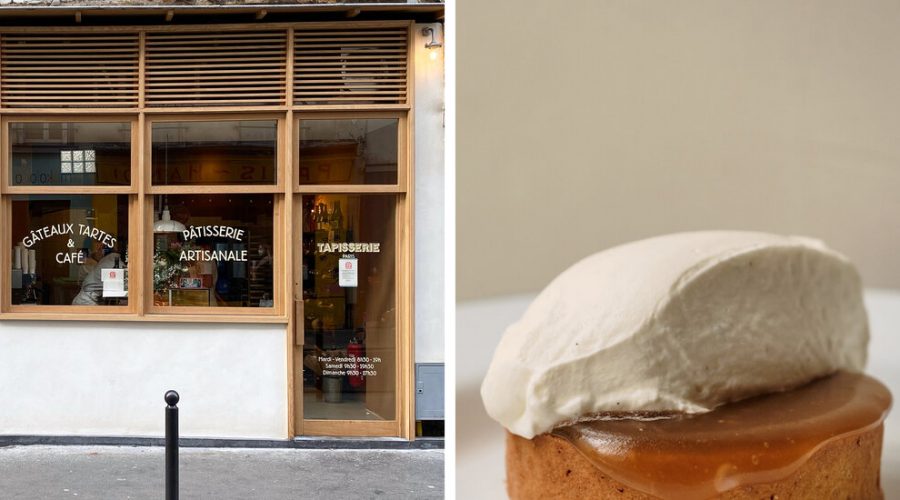 Welcome to the T List, a newsletter from the editors of T Magazine. Each week, we’re sharing things we’re eating, wearing, listening to or coveting now. Sign up here to find us in your inbox every Wednesday. And you can always reach us at [email protected].

A Petite Pâtisserie Opens in Paris 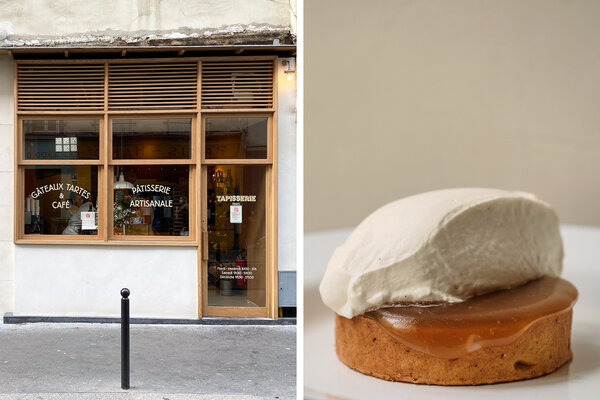 Parisian restaurants may still be shuttered, but bakeries and pastry shops have been doing brisk business, dispensing comfort with every sourdough loaf and buttery croissant. Perfect timing, then, for the opening of Tapisserie, a new pâtisserie in the 11th Arrondissement from Bertrand Grébaut and Théo Pourriat, the owners of the Michelin-starred neo-bistro Septime, who have expanded their reach in recent years with the seafood bistro Clamato, the wine bar Septime La Cave and the laid-back, 10-room guesthouse D’Une Île. The idea to open a pastry shop, though, came only after the duo started families of their own. “Since we’ve both had kids, sweets have taken on new importance in our lives,” says Grébaut. That and, he admits, clients began clamoring for Clamato’s signature dessert, a luscious maple-syrup tart topped with fresh whipped cream. Their sliver of a shop is overseen by the pastry chefs Nesreen Mroueh and Fanny Payre, who also produce kouignoù-amann, pain aux raisins and other French classics daily, as well as additional favorites from the group’s establishments, from rustic tarts to pantry items such as smoked caramelized walnuts, jams and even ciders. The pear tart and vanilla grass cream puffs are reminiscent of teatime at D’Une Île, while a tarte aux fleurs, popular at Septime, will roll out in the spring. Driving it all is a commitment to ethical consumption. “There’s been a revolution in cooking and bread-making in France, but aesthetics still reign in pastry, which means there’s heavy use of artificial dyes and additives,” says Grébaut. But you won’t find any of that here: “We think there’s plenty of room for a more sustainable option.” 65 rue de Charonne, Paris, tapisserie-patisserie.fr.

The Mythological Figures of Shinichi Sawada

For the past 20 years, the self-taught Japanese artist Shinichi Sawada has sculpted ghoulish ceramic beasts that grimace, glare and gawk. The unglazed works, reminiscent of both Jomon pottery and anime, first garnered international attention at the 2013 Venice Biennale, and this week they make their long-anticipated U.S. debut with an exhibition at Venus Over Manhattan. For many of the 30 untitled pieces that make up the show — all of which were created from Shigaraki clay, known for its sturdiness and ruddy orange color — the artist stacked one beguiling face on top of another, creating totems of glowering eyes and protruding talons. To make his works, Sawada travels three days a week to Nakayoshi Fukushikai, a social welfare facility in Japan’s Shiga Prefecture that supports people with disabilities. (Sawada is autistic and mostly nonverbal.) Situated among the mountains and surrounded by forest, the center includes an ad hoc studio with two hand-built wood-fire kilns that are lit only twice a year, a factor that contributes to the rarity of Sawada’s sculptures, despite the fact that he works fastidiously. As his ceramics facilitator, Masaharu Iketani, observes, “He does three to four hours of creative activity in the afternoon, without taking any breaks.” The result is a wildly imaginative bestiary that transports its viewer to a different realm, offering a welcome reprieve from our current one. “Shinichi Sawada” is on view through March 20 at Venus Over Manhattan, 120 East 65th Street, New York City, venusovermanhattan.com.

Unusual Homewares From Europe and Beyond

While working as a lifestyle editor at various German magazines over the past decade, Nora Khereddine would daydream about living among the sort of objects she admired in her writing. “I always had a fantasy of a little shop with an office at the back,” she says. And so, last June, when she came across an ad for a small ground-floor space that was available for lease in Munich, her hometown, she decided, on a whim, to rent it. A month later — spurred on by a desire to support independent makers during the pandemic — she had filled the interior with homewares sourced from across Europe and united by her vision of unfussy beauty: white ceramic vases with crisp, angular silhouettes by the 80-year-old Swiss ceramics company Linck; comb-back Windsor chairs and simple three-legged stools handcrafted from walnut by the woodworker Fabian Fischer in Freiburg, Germany; undulating elephant-grass baskets designed by the Swiss maker Kathrin Eckhardt and hand-woven in Ghana. The finished space has the feel of an enviably well-decorated apartment, but without being overly precious or predictable — there are also birthday candles made from Lithuanian beeswax with hot pink and bright orange wicks, and vintage cotton-and-wool Berber blankets in rainbow-colored checks. Khereddine, who has experience in floral design, is also selling flower arrangements through the store. And just as she’d always hoped, there’s a smaller back room, in which she plans to host workshops and get-togethers when safety allows. Westermühlstraße 21, 80469, Munich. The store is currently offering curbside pickups and virtual appointments via FaceTime and WhatsApp, norakhereddine.com.

Among the residents of Lebanon’s Rashidieh, Shatila and Bourj Al Barajneh refugee camps are the artisans behind Kissweh, an embroidery studio that draws on the traditional motifs of Palestinian folk art to fashion exquisitely handcrafted needlepoint pillows. Kissweh, founded in 2017 by Claudia Martinez Mansell, who is based in Los Angeles and is also a member of the United Nations’ humanitarian operations, takes its name from the Arabic word for trousseau — the collection of textiles, garments, jewelry and other items ceremonially prepared by a bride’s family in anticipation of her wedding. But the company chose to focus exclusively on pillows, determined to create something timeless and capable of being enjoyed by all. The cushions come in a variety of sizes and colorways — from traditional Palestinian reds and blues to less expected shades, like lilac and sage. To make them, one of 30 craftswomen — who range in age from 18 to 70 and are, in many cases, members of the same family — works with quality linen and cotton thread to first create pieces of embroidery that employ motifs, like classic geometric patterns, and spiritual references, like the star of Bethlehem and the Moon of Ramallah; other recurring symbols include cypress trees, feathers and damask roses. Each embroidery takes two to three weeks to create, after which the completely unique designs are taken to a sewing center in Beirut, where one of three other women on the Kissweh team stitch them together, matching the patterns to colorful linen backs and zippers. As Martinez Mansell says, the pillows are “a reminder, and a discovery, of the rich history and craftsmanship” of the Middle East. A portion of the proceeds go to Beit Atfal Assumoud, a nonprofit that supports refugees. From $320, kissweh.com.

Elegant Fashion for the Eco-Conscious

When the Irish-born, New York-based fashion designer Maria McManus decided about three years ago to create a line of truly sustainable clothing, she knew it wasn’t going to be easy. But her many years in fashion (including her time at Edun, Rag & Bone and Ralph Lauren) helped her see that there was still a need for clothes that were as luxurious as they were environmentally conscious. Earlier this month, she debuted her namesake brand’s first collection, which consists of 31 pieces and includes sumptuous cashmere knitwear (with slits in the sleeves so the sweaters can be easily thrown over your shoulders), perfect-looking oversize shirts (with a box pleat detail on the back yoke for a cocoon-like silhouette) and vintage-inspired outerwear. Reminiscent of the Row or the elegant workingwoman aesthetic of Celine’s Phoebe Philo era, the clothes are instantly covetable. And though McManus wanted to think big by selecting fabrics that were recycled, organic, biodegradable or sourced responsibly, she also paid attention to the smallest of details — from the buttons made out of corozo nuts (a much more ecologically sound alternative to plastic, horn or resin) to the distinct-looking Ottoman stitch on a shirt cuff. “None of this is that new or revolutionary,” acknowledged McManus of her designs, “but the concept of doing something less bad for the world is.” It’s also a radical way to think about shopping for yourself these days. mariamcmanus.com.

02/25/2021 Entertainment Comments Off on The T List: Five Things We Recommend This Week
Recent Posts