ALERT! There’s something fishy going on with “The Circle,” and it’s by far the best part of the show.

Netflix’s new reality competition is like “Big Brother” meets Facebook. Contestants are isolated in apartments and compete to be the most popular while only being able to communicate through a mysterious social media platform, the titular Circle.

The series basically takes the entire experience of social media and condenses it down to a clusterfuck of paranoia, shirtless selfies and shenanigans. In other words, it’s perfect. And much like real-life social media, not everyone is who they seem.

In “The Circle,” contestants have the choice to play as themselves — or as a “catfish” who uses someone else’s photos to win over the others. And as you’ll see, that has wildly varying results.

HuffPost recently got in touch with Eddie van Heel and Chynna Cliette, whose pictures were used on the show, to see what it’s like to watch someone else use your photo in a game to become the ultimate influencer. 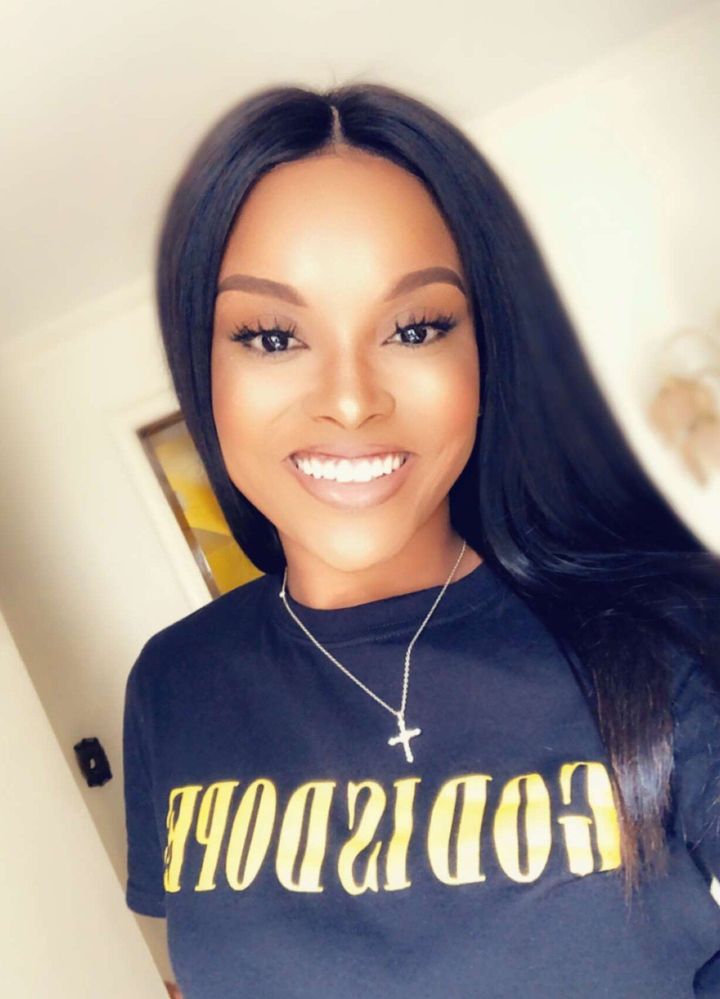 “Mercedeze,” 27, is “Fenty all the way down.” When guys see her, they drool; when girls see her, they want to be friends. At least that’s how Bronx native Karyn Blanco, 37, described the catfish character she created for the show.

“I do get boys that think I’m pretty and stuff like that, but when she said ‘drool,’ I was like, ‘I wish they drooled over me,’” joked Chynna Cliette, whose pictures Blanco used to create Mercedeze.

Drooling aside, Cliette, a 23-year-old drama teacher living in Atlanta, was excited by how much Mercedeze matched her real self.

“She reminded me of me so much because her personality is like, out the roof,” she told us. She later added, “I was like, ‘Yes, ma’am!’ I’m Fenty all the way down. I have Fenty makeup everything. When she said that, I said, ‘How does she know I wear Fenty?’”

Even the bio Blanco made for Mercedeze — “God knows my heart, but the devil knows my vocabulary” — seemed spot-on to Cliette.

If there were any problems, it’s just that her age seemed slightly off. 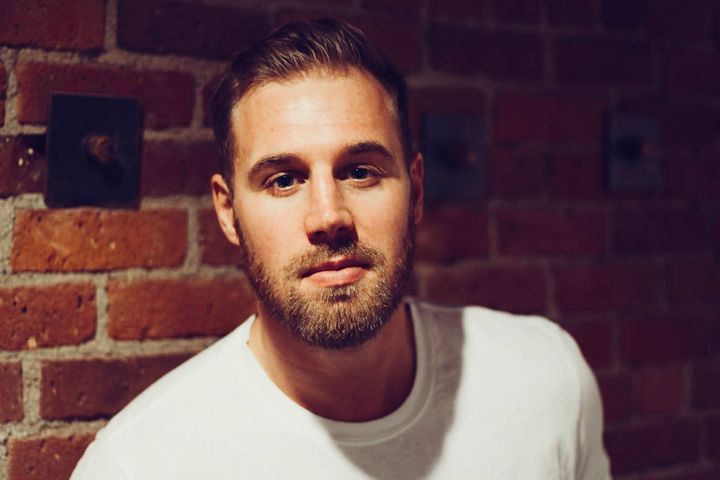 On the opposite side of the spectrum is 27-year-old, muscle-bound, dog lover “Adam,” who never seemed to wear a shirt, wasn’t afraid of asking other contestants to “arouse” him and was nothing like the actual person whose pictures were used for his profile.

Adam was a catfish created by married Los Angeles artist Alex Lake, 32, who chose to play the game using pictures of a single hot dude. But in real life, Adam’s photos are of 31-year-old, married, U.K.-native-turned-New-Yorker Eddie van Heel.

“I don’t think I’ve ever used the word ‘aroused’ or even heard the word aroused be used in public,” Van Heel told HuffPost of Alex’s infamous remarks. “It was kind of hilarious when I saw it on the show.”

Unlike Adam, who immediately asked the female contestants about their wildest “romp,” Eddie says he’s just a normal dude. He’s happily married, enjoys pizza, makes cocktails part-time at a restaurant for fun and doesn’t actually own a dog named Zipper. (The dog seen in one of his photos, named Margaux, belongs to a friend.)

“I saw on Twitter someone described Adam as a sex-crazed douchebag,” van Heel said. “I’m trying to be kind of the opposite of that.”

Getting On The Show 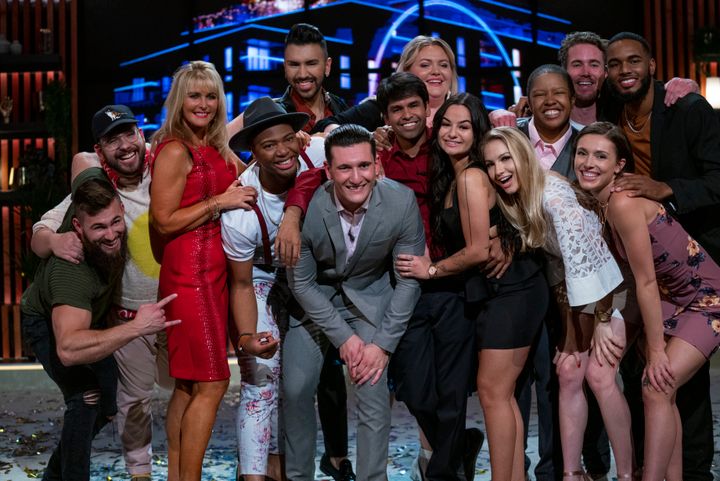 By far, there’s one question Cliette and van Heel continue to get more than any others: Do you know you’re being used as a catfish?

“I have got a lot of people commenting, saying, ‘Do you know you’re on “The Circle”? Because somebody is catfishing you,’” said Cliette with a laugh. “And I’m like, ‘Yes, I know I’m on “The Circle.” I get it like every single day.’”

Both van Heel and Cliette sent photos through the casting website Backstage.com to potentially appear on the show. However, van Heel said, looking back, he might’ve changed his submission a bit.

“If I had known it was going to be such a big show and on Netflix, I may have reconsidered just uploading topless pictures of me,” he said, particularly wishing he hadn’t sent the one of him in short shorts. His wife snapped the pic while he was getting in shape for their wedding.

“It is very ‘look at me’ full of himself, and that’s not me, really in the slightest,” van Heel said.

After submitting the initial photos, both van Heel and Cliette were contacted by Netflix and asked to submit additional images.

“They wanted just an array of pictures from me, like working out or running or eating, and then a couple just little Boomerang videos as well, but in total it was about 50 pictures,” said van Heel, who was later also told to submit an additional photo of him with cheese since Lake was a cheesemonger in real life.

“I had no idea who [Alex Lake] was or whatever, they just said, ‘Hey, this sounds random, but can you send a picture of you eating cheese?’” van Heel recounted.

The pair were given a rundown of the show, paid for their submissions and signed an NDA saying they were fine with their pictures being used, people commenting on them and promising to keep things under wraps.

“I screamed literally like as soon as I saw myself,” Cliette said of the show. “I was literally screaming. Me and my mom were watching it, we both screamed! I was like, ‘Oh my God! It’s me! I’m on TV!’”

“I was so nervous because I was like, OK, so I know my pictures are going to be used, but are they gonna be funny like me? Are they goofy?” said Cliette about seeing someone use her as a catfish.

When she saw Blanco, she knew her pictures were in good hands.

“Looking at people’s comments about Adam, it was funny to see people’s reactions when he got introduced. There was some good and some bad,” he said.

There was “some good and some bad” for everyone, really, with Mercedeze’s first picture being called out by contestants for being “too filtered.”

“That was so funny to me because I was like, ‘You know some of them pictures were used on Snapchat?’ Everybody loves Snapchat, like who doesn’t at the time? So, I was like, ‘Hm, it really wasn’t that filtered,’” Cliette said. However, she added, “It really looked extra filtered on the TV though, I have to say. I was like, ‘Aw man! I do look filtered!’”

And while van Heel and Cliette enjoyed Lake and Blanco using their pictures, they both would’ve played the game differently.

For instance, Lake made his catfish Adam try to flirt his way to the top of the rankings. It often had the opposite effect.

“I thought [Adam] looks a bit full of himself, mainly because [in] two out of the three pictures, he doesn’t have his top on, which were the ones Alex chose, which I probably wouldn’t have chose as my initial three pictures,” said van Heel.

Van Heel did compliment the way Lake later let more of his real personality into the game. “I think he went quite hard in with Adam at the beginning. But as it went on, I think he’s calmed down and understanding that he doesn’t need to come in as this big, flirty douchebag.”

For Blanco, there was a series of unfortunate events — the likes of which Lemony Snicket has never even seen — that led to her downfall.

When contestants are blocked from the Circle, they have the opportunity to visit another player face to face, and after Mercedeze flirted with the eventually eliminated pro basketball player Antonio DePína, 24, he came to visit her.

“I knew he was coming for me!” Cliette said.

DePína, looking to meet Mercedeze, met Blanco instead and left a farewell video to the other players insinuating there was a catfish among them.

Afterward, contestants played a Circle game where they got to add a picture to their profile and others would anonymously comment. The picture Blanco chose didn’t look exactly like her previous images and, with the veil of anonymity, the catfish claws came out.

Cliette said she changes up her looks a lot with different wigs, so she can understand why some pictures were perceived differently.

“I have alopecia, so I am bald. I like to put that out there, let people know that it’s OK to show your appearance, even if you are bald, even if you have hair and things like that, so I do change up my look a lot,” Cliette said. “And when they actually put the picture up there with the black [outfit] on, I’m like, ‘Oh yeah, I do look different.’”

On the show, Blanco immediately called out the anonymous commenters to reveal themselves. At home, all Cliette could do was plead with the TV screen.

Lake and Blanco were eventually blocked from the game, but van Heel and Cliette’s journies on the Circle were far from done.

The show has brought both van Heel and Cliette more followers online, and some people even claim they are real catfish now.

“People are coming up under my photos and saying, ‘No, that’s Teyana Taylor pictures,’” Cliette said. “And I’m like, ‘No, that’s me. I don’t look like Teyana Taylor!’ And people have commented on my pictures, ‘No, this is the real Mercedeze.’”

For both Cliette and van Heel, the most rewarding thing seems to be the connections they’ve made from the show in real life. Van Heel said Lake reached out to him around the time the show aired just to thank him for the photos.

“We’ve actually been talking all the time, like talking about the show and how he’s feeling,” said van Heel, who hopes to eventually meet Lake in person. “Yeah, he’s been just super friendly and nice and we’re having a bit of fun about it.”

Cliette says she and Blanco formed a lifelong bond.

“We are really friends now,” she said. “We kind of just motivate each other. I always tell her like, ‘Keep going. You’re doing great.’ She does the same thing for me. And I told her, ‘You gave me the opportunity because we were literally like one person on the show.’ She was me. I was her. She’s really a great person. And I think you know she deserves all that she has right now.”

As for their newfound fame, Cliette hopes to use it for inspiration to go for more TV roles in the future. Van Heel, meanwhile, has taken the opportunity to reiterate that he doesn’t use the word “arouse.”

Related posts:
01/17/2020 Entertainment Comments Off on The Real Catfish From Netflix’s ‘The Circle’ Finally Speak Out
Recent Posts
We and our partners use cookies on this site to improve our service, perform analytics, personalize advertising, measure advertising performance, and remember website preferences.Ok