Times Insider delivers behind-the-scenes insights into how news, features and opinion come together at The New York Times.

In August 2017, I went to Houston Methodist Hospital to report on the health impacts of Hurricane Harvey: a tiny cut that marinated in floodwaters and became a raging infection; a displaced chemotherapy outpatient whom staff members scoured the city to locate and bring in for care. Some workers had lost their own homes, and the chief of the heart failure and transplant division, who is under 5 feet tall, walked through floodwaters up to her chin to get to work. (Billions of dollars of fortifications had protected Methodist and other Texas Medical Center hospitals from flooding, but they became islands for a time.) Hospital executives, among the most empathetic I’ve ever met, camped in their offices and distributed hugs, encouragement and bonuses. The crisis extended as the storm moved east, disabling other hospitals, and ambulance crews transferred their patients to Houston.

An email about a patient from a different hospital shifted my focus, because her story offered a window into many of the most critical aspects of the region’s hurricane response. Our projects can take us in unexpected directions, and we often do not know what the result, or the impact, of an investigation will be when we begin.

Cassandra Dills-Dailey, known as Casey, had undergone surgery to remove a benign adrenal tumor at Memorial Hermann-Texas Medical Center. A doctor newly graduated from medical school discharged her before the storm hit, sending her home without a critical steroid medication.

A young mother of two boys, Casey fell critically ill after floodwater surrounded her home. Her husband, Wayne, tried to save her, phoning 911 several times starting early one afternoon until late the following morning. Call takers were overwhelmed and local first responders lacked high water vehicles and watercraft. Wayne and others turned to the internet and social media to ask for help. Regular citizens with boats arrived before emergency medical workers did, but it was already too late. 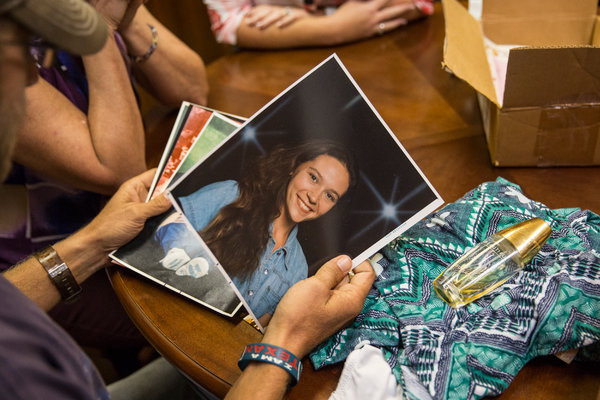 I spent months learning about the Dailey family’s ordeal, studying each layer of the systems that might have saved Casey’s life and the lives of others who died in similar circumstances. The family wanted answers, and they allowed me and the photographers Andrew Burton and Ilana Panich-Linsman to accompany them through the difficult days after Casey’s death in the hopes that telling her story might help others. Wayne had recorded videos on his phone during the disaster and was willing to share them, as well as her medical records.

For a reporter, remarkable openness like this makes it possible to depict events in a richer way.

The investigation showed that response systems in Harris County (with more than 4.5 million residents) — one of the most flood-prone parts of the United States in recent years — failed to effectively prioritize those who needed lifesaving medical help in the aftermath of a major natural disaster.

Furthermore, Casey’s death was never attributed to the storm by local medical examiners. That is emblematic of the widely varying practices used to account for disaster deaths. The lack of standardization robs us of a common understanding of each emergency’s most profound toll and deprives some families of the federal funeral assistance they are entitled to receive. My colleagues and I documented this problem from the aftermath of Hurricane Maria in Puerto Rico to the 2018 hurricanes.

In Casey’s case, dispatching a helicopter might have saved her. But per the official system, that would have required a complex, multi-step process involving communication across various agencies. It did not happen. Realistic disaster drills might have surfaced this issue and led to streamlined procedures whereby 911 call takers could connect with helicopter dispatchers if local first responders were unable to help.

Another way to solve problems of an imperfect system is to get creative and pivot. The month after the story about the Daileys was published, I witnessed this in Pender County, N.C. A teenager experienced a diabetic crisis in a neighborhood where the roads were cut off by swift-moving water unleashed by Hurricane Florence. His brother called 911, and within about 30 minutes the Coast Guard helicopter crew with whom I was riding was alerted to the case. We landed to pick up the boy minutes later, delivering him to a hospital in time to save his life.

I went back to Pender County to report on how that had occurred. A communications expert at the county’s emergency operations center had improvised, establishing direct communications with a federal air operations branch in the state capital.

In Texas that same month, Wayne Dailey was undergoing what he described as “the most surreal thing I’ve ever experienced in my life.” Readers of the Magazine article and listeners to our podcast The Daily, which later released a two-part audio version of Casey’s story produced by Annie Brown, had found Wayne on social media and reached out in droves, offering kind words and financial donations to the family’s once languishing GoFundMe campaign.

The funds restored their trailer home’s water service, which had been cut off, and allowed Wayne to take ownership of the 16-year-old S.U.V. that he had been trying to purchase, which had recently been repossessed. Christian Brothers Automotive Corporation later donated a new Ford Flex S.U.V. to the family. A stranger in New England who had co-founded a chain of urgent care clinics offered Wayne a job. (It was in a state far from Texas, so he did not accept it.)

Wayne received the support with enormous appreciation and a measure of guilt. He had felt terrible about not being able to save Casey. He listened to the podcast many times, finding it “kinda soothing,” he wrote in a text. “My heart and mind are constantly telling me everyone has to know how Casey lost her life.”

Wayne’s mother, Darlene Zavertnik, urged readers to do more than donate. “Our greatest wish is to be a catalyst for change,” she wrote to donors. “I encourage you to understand how the emergency system in your area operates. Don’t wait until it is too late. There are many lessons to be learned from our story. Awareness and knowledge are the first step.”

If reporters like me only expose what went wrong without including evidence that solutions, too, might exist, we risk imparting a false sense of inevitability. Sometimes we learn about those solutions and write about them in later stories, and sometimes our reporting allows us to incorporate them into a single story.

What seems like a small detail might resonate in unanticipated ways. For example, well into production on the Magazine story, the editor, Luke Mitchell, allowed me to add a sentence about innovations that included the fact that in Charleston County, S.C., people could provide information to 911 online.

I learned later that several 911 directors reached out to Charleston’s 911 director for more information. One was John Dejung from Dane County, Wis. Hurricane Harvey had awakened him to the possibility that his 911 system, one of the largest in a state prone to ice storms, blizzards and tornadoes, might get “so bogged down or debilitated that we might want to rely on alternatives to phones.” Dane County set aside $10,000 in next year’s budget for the purchase of a system that will allow people to reach 911 online if necessary in a major disaster.

That alone would likely not have saved Casey’s life, but it may save someone’s. There are myriad ways in which we and the infrastructure and systems we rely on remain unprepared to contend with the natural disasters that seem to arrive ever more frequently and catastrophically.

All of us have a stake — and arguably a role — in fixing the most critical problems. But to justify making personal, professional or governmental investments, we need to understand what it looks like when we don’t. Like Wayne, I want to trust that there is value in human empathy, in accountability, and in the practice, from time immemorial, of reconstructing our human tragedies in the form of narratives and sharing them. 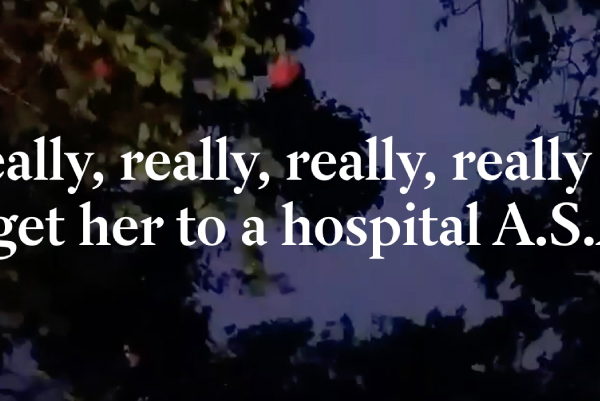 Keep up with Times Insider stories on Twitter, via the Reader Center: @ReaderCenter.

01/02/2019 Entertainment Comments Off on The Power of One Family’s Story, More Than a Year After Hurricane Harvey
Recent Posts