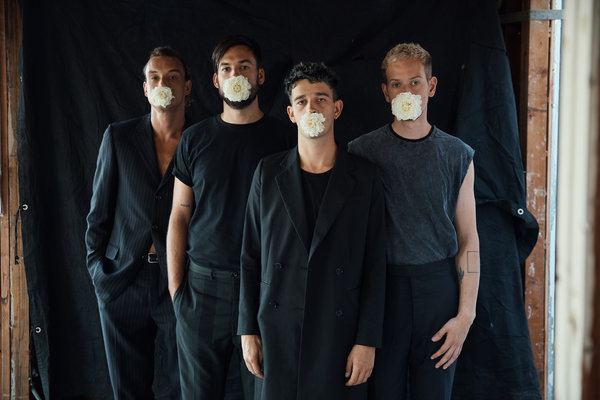 Every Friday, pop critics for The New York Times weigh in on the week’s most notable new songs and videos — and anything else that strikes them as intriguing. Just want the music? Listen to the Playlist on Spotify here (or find our profile: nytimes). Like what you hear? Let us know at [email protected] and sign up for our Louder newsletter, a once-a-week blast of our pop music coverage.

The ceaseless self-consciousness of a social-media universe makes true connection ever more tricky. “Why would you believe you could control how you’re perceived/when at your best you’re intermediately versed in your own feelings?,” Matty Healy sings, with passive-aggressive gentleness, in “Sincerity Is Scary” from the 1975’s new album, “A Brief Inquiry Into Online Relationships,” due next week. The track is a loping piano shuffle with a gaggle of improvising horns busy in the background, while a mini-gospel choir joins Healy for a decidedly nongospel chorus: “Why can’t we be friends when we are lovers?,” he ponders. “Instead of calling me out you should be pulling me in.” He’s sincere: sincerely petulant. PARELES

J Balvin is a superstar of reggaeton’s second pop crossover wave — the smooth, light variant that emerged from Colombia in the 2010s and became the anchor for contemporary Latin pop, and which set the stage for the emergence of Latin trap. So there’s heavy meaning embedded in his new single, “Reggaeton,” which is a sonic throwback to the genre’s 1990s roots. The rhythm is low and hard, the production has a handmade texture. The stars of the first crossover wave had distinctive, serrated voices, but Balvin is all light touch and near whispers — the production makes a statement more than he does. Except in the video, in which he raps in what looks like the bedroom of a Puerto Rican teenager circa 2005, with posters on the walls of Don Omar, Zion y Lennox, Luny Tunes and, of course, Daddy Yankee. CARAMANICA

The British pop-R&B foursome Little Mix’s new body-positivity ode is loaded with faux-Beyoncéisms, smeared across a vogue-adjacent minimal house beat. The song is one of its most confident and sleek, and the video is a mindful romp celebrating bodies of all shapes. CARAMANICA

The upbeat, psychedelic surf-rock foundation of “Sundress” — stomping drums, effects-laden chords — comes from Tame Impala’s 2010 song “Why Won’t You Make Up Your Mind,” and ASAP Rocky and his collaborators (among them Danger Mouse) add falsetto oohs and ahs to point it back toward the Beach Boys. Meanwhile, the lyrics sketch a complex double-rebound scenario. He’s got a new girl, she’s got a new guy, but when he sees her, he’s convinced that “You in love with me still.” Tables turned, or projection? PARELES

Billie Eilish, ‘Come Out and Play’

Billie Eilish, who has been building a catalog of whispery singles devoted to insecurity, longing, sulkiness and empathy, is at her most quietly, patiently benevolent in “Come Out and Play,” addressed to a desperately shy “you.” It begins like a lullaby, with acoustic guitar picking; “Don’t hide,” Eilish coaxes, with her voice so hushed it wouldn’t carry across a room. As she sings about the expansive possibilities of a wider world — “It’s worth it to show ‘em everything you kept inside” — a beat and a band gather behind her, but evaporate before they can frighten away that skittish listener. PARELES

The trio Harriet Tubman plays hard, sizzling, electrified music that has as much in common with dub and doom metal as it does with jazz. Over more than 20 years, the guitarist Brandon Ross, the bassist Melvin Gibbs and the drummer J.T. Lewis have developed a telepathic improvising rapport, and a group sound that’s equal parts seduction and invective. Their new album, “The Terror End of Beauty,” opens with “Farther Unknown,” a Gibbs composition built on the layered rhythms of historic Juba dancing. Eventually, Ross’s distorted guitar erupts into dissonant sunbursts over the roughly galloping beat. GIOVANNI RUSSONELLO

Sure, why not? This collaboration-by-dartboard is virtually indistinguishable from any number of Spanish-English alliances that have arrived in the wake of “Despacito.” It’s unclear whether the Latin boy band CNCO, the American pop star Meghan Trainor and the dancehall stalwart Sean Paul ever met before the filming of this video, which has the mood and feel of a well-orchestrated heist — a group of people who all show up to contribute their piece of alienated labor, then disappear into the night. Which makes sense for this song, which is amiable, feather-light and perfectly evanescent. CARAMANICA

A lovely slice of Future-manqué melodic misery, in which boasts are little more than masks, and the real motivational engine of hip-hop is the reflective weep. CARAMANICA

Captured during a recent performance in the South Bronx, “Live at Pregones” spins through Los Pleneros de la 21’s songbook, which is now 35 years in the making. A proud courier of Puerto Rican tradition (and now a nonprofit organization), the ensemble focuses on bomba and plena, the island’s historic musical forms. On “Camelia,” the six-piece percussion section’s elegant plena rhythm lifts up a romantic plea from the call-and-response chorus. The performance hits its high point on a shapely, dancing piano solo from Pablo Mayor. RUSSONELLO

The Spanish electronic musician who calls herself Rrucculla merges digital expertise with wildly eclectic sources and a sense of timing like sped-up slapstick. She officially releases her album “Shush” on Nov. 30, but it’s already streaming on her Bandcamp page. “Vestido de Párpados” — “Dress of Eyelids” — takes a little while to get into motion, then runs calculatedly amok: placing toy-piano tones against jittery drum-and-bass beats, swooping and sliding, racing and crunching, summoning blips and pizzicato and free-jazz saxophone and white-noise crashes. Who needs caffeine? PARELES 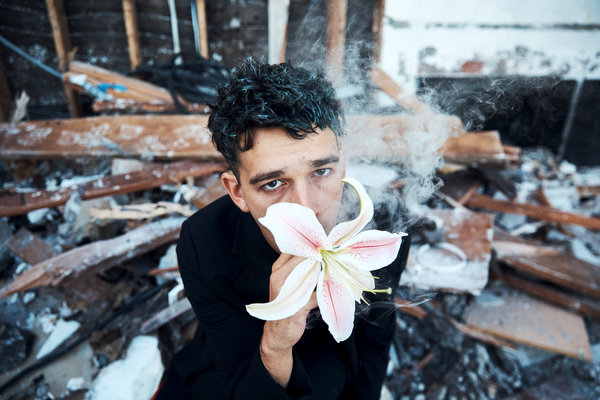 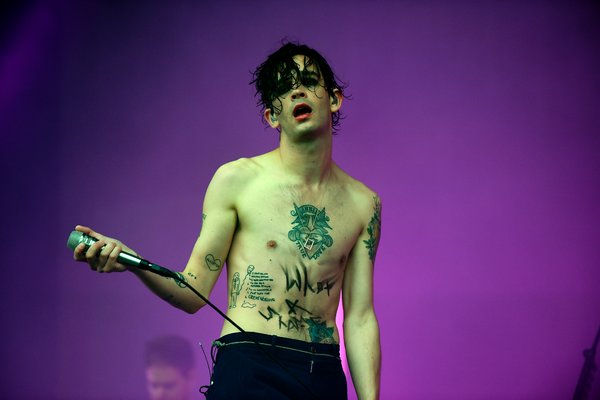 Jon Pareles has been The Times’s chief pop music critic since 1988. A musician, he has played in rock bands, jazz groups and classical ensembles. He majored in music at Yale University. @JonPareles

Jon Caramanica is a pop music critic for The Times and the host of the Popcast. He also writes the men’s Critical Shopper column for Styles. He previously worked for Vibe magazine, and has written for the Village Voice, Spin, XXL and more. @joncaramanica