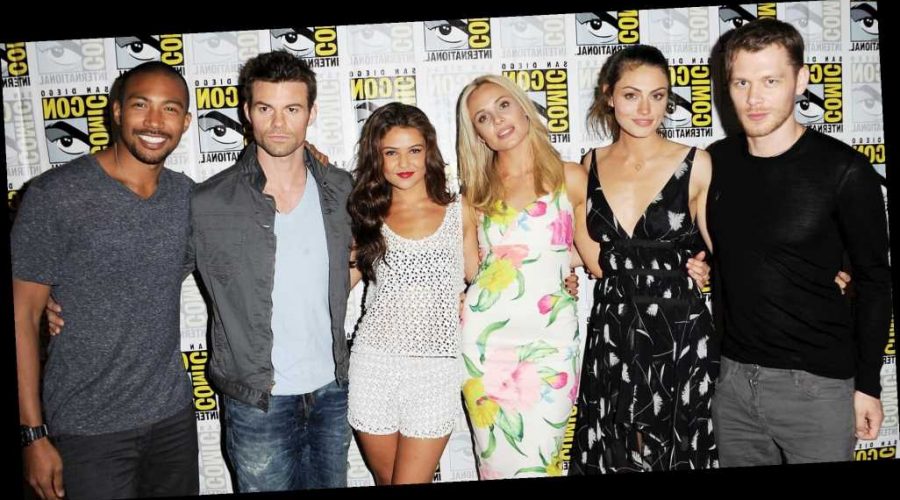 Always and forever! Although Joseph Morgan, Daniel Gillies, Claire Holt and more cast members from The Originals have moved on from the CW drama, the feeling of family created on the show lives on — both in the lives of its stars and in the form of another series.

The Originals premiered in October 2013 as the first spinoff of the highly popular show The Vampire Diaries. After introducing the Mikaelson family on the Nina Dobrev-led series, fans followed Klaus (Morgan), Elijah (Gillies) and their friends and foes to New Orleans for more supernatural shenanigans.

While The Originals experienced its fair share of cast comings and goings through the years, much of the core group remained until the August 2018 series finale. The show also introduced Klaus’ daughter, Hope (played by multiple actresses, culminating in a final season portrayal by Danielle Rose Russell), who landed her own spinoff titled Legacies, which premiered in October 2018.

Morgan joked in May 2018 that he took “as much as [he] could fit in [his] bag” when he finished filming the fifth and final season of The Originals. “Yeah, the henleys. As many henleys as I could carry,” he exclusively told Us Weekly at the time. “And then actually we did one day in New Orleans at the very end and we did a couple of scenes and at the end it was wrapped. We did little speeches and hugs about stuff. It was pretty emotional and then everybody packed up and left.”

The actor then got real about his conflicting feelings as the show ended. “I remember sort of standing there feeling like everyone’s gone,” he recalled. “I’m just kind of standing in New Orleans unemployed and alone. I had friends and my wife was with me as well, thank goodness. And some of the cast were with me as well, but you feel like wow. That’s it, it’s done. It’s a joy and a sadness at once, is the only way I can describe it. It’s a plethora of feelings. … And then you pack up your stuff and I sort of took a last look at my dressing room that I’ve been in for five years and you think, ‘Is there anything else I can steal? No, I’ve got it all.’ And then you go. I took the name tag off the door. That’s probably worth something.”

Morgan described wrapping the show as “kind of overwhelming” and “so weird because we’ve been with a lot of these people for five years.”

Scroll through the gallery below to see where the cast of The Originals is now!

03/14/2021 Entertainment Comments Off on ‘The Originals’ Cast: Where Are They Now?
Recent Posts