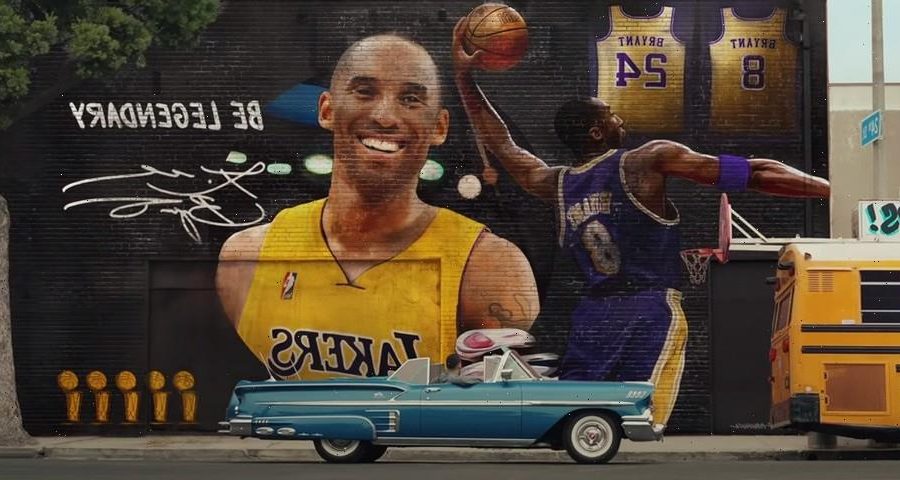 As the 2021-22 NBA pre-season is well underway, the league released a commercial stacked with current and former stars in honor of its 75th anniversary.

The visual follows actor Michael B. Jordan as he drives children in a yellow bus throughout a neighborhood called the “NBA Lane” where 20 former stars, 14 current players and seven mascots coexist. Although the legendary Michael Jordan wasn’t present in the three-minute video fellows icons such as Kareem Abdul-Jabbar, Dikembe Mutombo, Julius Erving, Bill Russell, Gary Payton, Dirk Nowitzki and Dwayne Wade, as well as LeBron James, Kevin Durant, Kawhi Leonard, Russell Westbrook, Trae Young and Anthony Davis, are a few of the current ballers featured. Larry Bird and Magic Johnson are also found living across from each other despite their rivalry back in the 80s which went down in NBA history as one of the most monumental NBA Finals duels between the Celtics and Lakers.

One highlight of the video is of Devin Booker rolling up in his 1958 Chevy Impala under a mural of the late Los Angeles Lakers star Kobe Bryant as he takes a moment to honor one of the world’s most beloved players.

“We wanted to bring together legends and current players in the way of a community, which is really what the NBA is. We thought of no better community than a palace where all of your NBA favorites could actually live side-by-side, so we created NBA Lane,” said NBA Chief Marketing Officer Kate Jhaveri.

Watch the 75th-anniversary commercial video above.