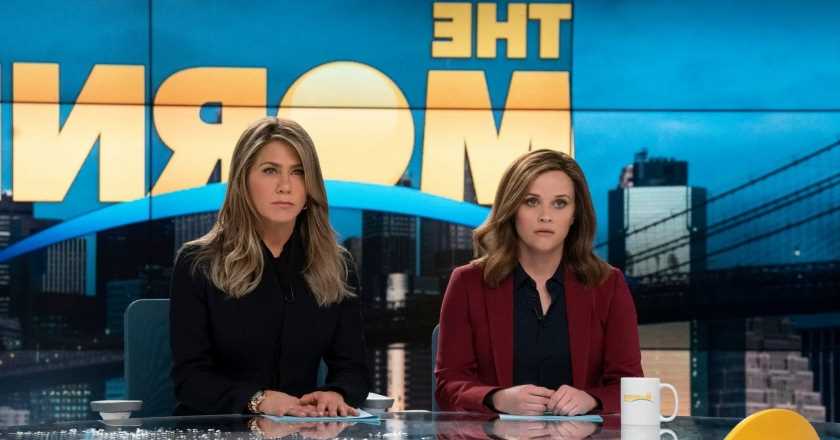 Great news for The Morning Show fans: Jennifer Aniston and Reese Witherspoon will be returning to our screens for a third season of hit Apple TV+ series.

After a highly anticipated second season, there’s further good news for The Morning Show fans as a third season has just been confirmed.

The Apple TV+ series launched in 2019 to an overwhelmingly positive reception and has since captivated viewers with its representations of female public figures, shame and, of course, the tumultuous times of 2020.

The drama, led by Reeese Witherspoon and Jennifer Aniston, has now been renewed for an exciting third instalment and we cannot wait to see what this show has in store for us.

Originally being picked up for two seasons by Apple when it was initially ordered back in 2017, the new season will also see the appointment of a new showrunner.

Charlotte Stoudt – who has worked on House Of Cards and Homeland – will be taking over from Kerry Ehrin, who will remain as a show consultant.

“I’m excited to be joining forces with Apple TV+ and The Morning Show,” Stoudt said.

“The cast, led by the phenomenal Jennifer Aniston and Reese Witherspoon, are truly to die for. Kerry, Mimi [Leder], and Michael [Ellenberg], and the teams at Media Res, Hello Sunshine and Echo Films, have created an irresistible world that is equally delicious and provocative.”

Jennifer Aniston and Reese Witherspoon lead the cast of The Morning Show.

Matt Cherniss, head of programming for Apple TV+ also said: “It has been thrilling to watch The Morning Show go from strength to strength over the past two seasons, exploring topical storylines that have resonated with audiences around the world while also being incredibly addictive and entertaining.

“We’re excited to see where Charlotte takes these extraordinary characters in season three and to watch the magic that Jennifer, Reese and our awe-inspiring cast continue to bring to the captivating world of morning television.”

While details around the plotlines and cast of the third season remain unconfirmed, it’s likely that the show will pick up where the second season has left off.

As the team reeled from the consequences of Alex (Aniston) and Bradley’s (Witherspoon) actions and we witness a world in flux, the second season was one of last year’s strongest dramas. We’re sure that the series will continue to explore the ideas around public perception, identity and, as usual, include some stellar performances from the show’s leading women.