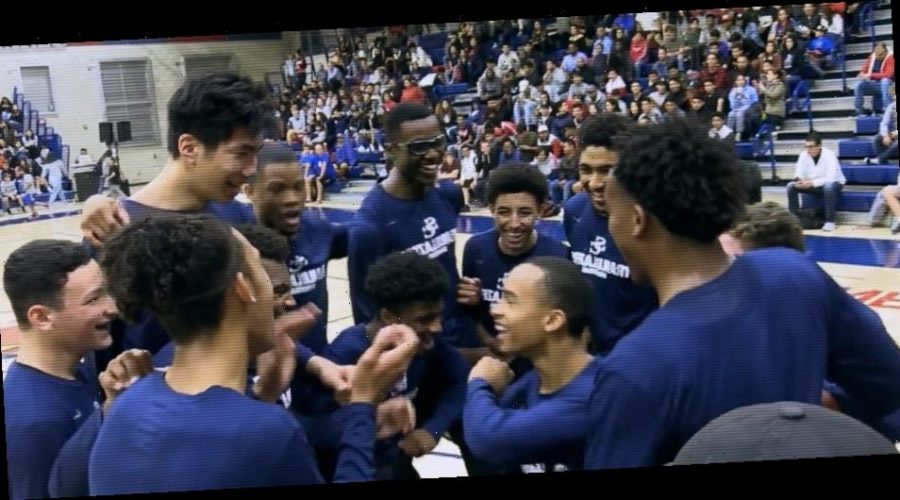 Starting today, February 26, basketball fans can watch the new docu-series Top Class: The Life and Times of the Sierra Canyon Trailblazers on IMDb, Amazon‘s premium free streaming service. The UNINTERRUPTED series follows the high-profile team’s intense quest for a third straight state championship. Top Class will keep viewers at the edge of their seats by giving a close-up look at what it takes to play on the prestigious Sierra Canyon Trailblazers team. All episodes of this new series will be available exclusively on IMDb TV.

The playmakers behind the Top Class features LeBron James and Maverick Carter as the series’ executive producers. But, these aren’t the only basketball stars who are connected to the new show. Sierra Canyon High School’s basketball team also has an epic legacy that includes consistent state championships and an impressive list of basketball alumni, which includes some of the nation’s highest-ranking players like BJ Boston, Amari Bailey, Bronny James, Shy Odom, Zaire Wade and Ziaire Williams. In Top Class, the pressure of expectations and extreme amounts of media attention, fanfare and internal dynamics create a challenging environment for these top-class atheletes to compete in.

The basketball players on the Sierra Canyon Trailblazers must also keep up with the rigorous demands of being a student at one of the most academically elite high schools in the country. The series tells “a story beyond sports and [highlights] how the team’s intelligence and competitive streak seamlessly transfer to the classroom,” says  Co-Head of Content and Programming for IMBd, Lauren Anderson. “The docu-series captures the devotion, resilience and raw emotion experienced by the players, coaches and families through every setback and victory – both on and off the court.”

Fans who are curious about ‘the most Instagrammed high school basketball team in America’ can tune into the series premiere on February 26. To learn more about Top Class and IMDb TV, viewers can head to Amazon or follow @IMDbTV.
Source: Read Full Article