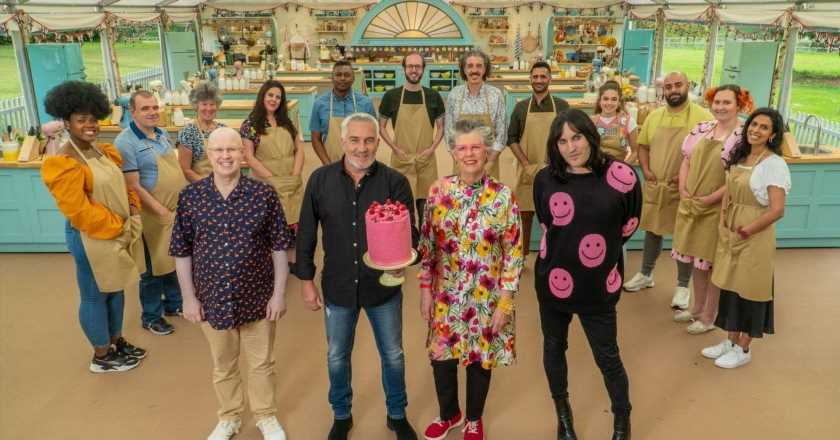 From despair to disbelief: all the best reactions from The Great British Bake Off 2021 semi final.

It’s hard to believe that The Great British Bake Off is nearly over for 2021.

With the long-awaited final episode airing on 23 November, viewers are emotionally preparing to bid goodbye to the tent for a while. Well, until the festive special featuring the cast of It’s A Sin, at least.

It’s been a series of ups and downs, with some interesting characters, great bakes and some not-so. And last night we saw Chigs, Crystelle, Jürgen and Giuseppe fight for a place in the final in Patisserie Week.

The semi-final made history as the most Hollywood handshakes given out in one challenge, with Chigs, Chrystelle and Giuseppe all receiving the coveted acknowledgement for their layered slices in the first challenge.

As they navigated their way around intricate sable breton tarts, followed by a showstopper themed banquet display, many viewers began to call for an unprecedented four-person final.

After winning Star Baker more times than anyone else this year, and with many people tipping him for the win, beloved German Jürgen entered the episode on steady footing.

However, in a move that shocked viewers and stirred emotions, he left in the semi final, leaving Chigs, Crystelle and Giuseppe to bake another day. And Twitter was not happy.

“Feel like pure shit, just want him back,” wrote one passionate fan.

Others blasted his elimination, despite winning the technical challenge.

It was an emotional ride all round.

As they announced the finalists, shockwaves were felt through the tent.

But even in defeat, Jürgen remained his gracious, brilliant self.

And ultimately, just three continue their journey into finals week.

Who are you backing to win?

The Great British Bake Off final airs on Tuesday 23 November at 8pm Channel 4.