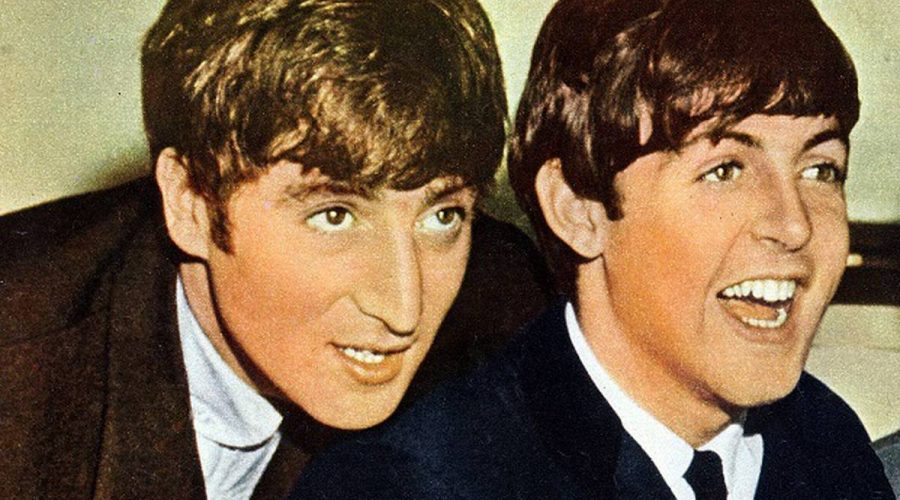 Mark Monahan: Nothing generates shared enjoyment like a McCartney song

John Lennon’s music has given me so much pleasure that it feels downright ungrateful to suggest pop music has ever known a finer songwriter.

To be brutally honest, though, it has – and he was in the same band. Of the many facets of Paul McCartney’s greatness, perhaps the most fundamental is that no one, not even the mighty and much cooler Lennon, has ever been so good at writing songs that people want to sing.

I’ve learned this especially from 30-odd years of playing the piano in whatever bar, restaurant, hotel, house, outhouse, henhouse or doghouse will have me. The likes of Abba, Elton John and Queen all go down famously. A John Lennon Beatles song, better still. But a McCartney creation? That generates yet another level of shared enjoyment, every time.

Why is this? It’s partly the apparent simplicity of McCartney’s songs, the unforced, organic ease of the melodic lines, which makes them incredibly attractive and easy to join in with.

But it is also the former Beatles bassist’s instinctive mastery of syncopation – more than Lennon, and absolutely up there with Scott Joplin – which means there is always an invisible, propulsive, infinitely seductive tension between the beat of his songs and their melody.

Have you ever noticed, to take just two examples from a single album (Revolver), that in the verse of For No One, and chorus of Eleanor Rigby, almost every syllable is off the beat?

Then, there’s the sheer, bewildering, infinitely influential variety of McCartney’s Beatles output, which completely shames any reputation he might have among the cloth-eared for being “merely” a writer of gorgeous tunes (as if that were such a crime anyway).

Eleanor Rigby is the Beatles’ most cinematically bleak song, Back in the USSR its most joyfully energetic (complete with cracking Beach Boys pastiche), Helter Skelter the hardest-rocking, Blackbird – inspired by a Bach Bourree – the gentlest (and the only one I’ve ever heard on Radio 3).

As for A Day in the Life, that’s Lennon at his greatest, right? Yes, except it was McCartney who not only wrote the terrific, contrastingly jaunty middle section, but also, inspired by his new fascination with the classical avant garde, came up with the idea of those two nightmarishly exhilarating orchestral surges.

McCartney was always the most musically ambitious and voracious – and plain driven – of the Beatles. The entire concept of the Sgt Pepper album was his, and by the way so impressed was none other than Jimi Hendrix by the blistering title track that he covered it live on stage just two days after the album’s release.

Take Hey Jude, which starts as an exquisitely intimate piano-driven ballad and metamorphoses into a planet-sized stadium-filler; or that subtly strange, drop-dead-perfect love letter to suburbia, Penny Lane, which glides so effortlessly between its verse in B and chorus in the distant key of A that you don’t even notice it happen; or, for that matter, the almost infinite number of colourful, fictitious characters that populate McCartney’s songs, plucked by him from an apparently clear blue sky.

As for McCartney’s post-Beatles creations, there are plenty of grenades of inventiveness there, not least in his three marvellous solo records from 1970, 1980 and only last year – when he was 78, for heaven’s sake.

And what’s more, a McCartney solo record is often exactly that: entirely written, sung, played and produced by him, and centring on what, at least until very recently, was the most versatile, on-note, perfectly harmonisable voice in pop music.

That said, McCartney was already the greatest solo Beatle half a decade before the Beatles even split. He wrote and recorded that incomparable vignette of romantic regret, Yesterday, in 1965 without any involvement from the rest of the band: it’s just him both singing and on guitar, with a string quartet hired for the session.

To date, that song (which gave its name to Danny Boyle’s 2019 feature film) has been covered more than 2200 times. Oh – and he literally wrote it in his sleep. I rest my case.

Suzanne Moore: Lennon wrote songs that could hit you in the gut

When I was little, bigger kids would come up to me in the playground and demand whether I was “John or Paul”.

It was the mid-1960s and I always went with Ringo. I loved him so much that I wrote a heartfelt letter, asking to have his tonsils when he had them taken out. My idea was to keep them in a jar by my bed. This strange request fell on deaf ears but my gay “Uncle” Peter took me to see the Beatles at the Ipswich Gaumont. He wasn’t my actual uncle but a hairdresser in the salon where my mum worked as a receptionist. Anyway, not bad for a first gig, right?

For me, he is the better songwriter because of his rawness – see him exposing his own damage in Help. It is impossible for me to separate his songs from his voice. The rasp, the rage, the woozy postcoital – fromDon’t Let Me Down to the euphoric Lucy in the Sky with Diamonds. Revolution, Come Together,Across the Universe are all masterpieces. Lennon appeared to be doing what he wanted, which may not have made people as happy as McCartney did.

Was Lennon a better person?Probably not. His anger is given full vent in How Do you Sleep?. His neurosis is exposed in Jealous Guy. As regards his politics, his primal scream of Mother is as powerful as ever. Yoko Ono was teaching him about racism and feminism and some of his experiments went badly wrong; others now look so prescient.

Who knows where Lennon would have gone next? That’s the thing isn’t it?

His passion, his anger, his incredible talent meant he would take risks. In Strawberry Fields Forever, “Living is easy with eyes closed” sounds dreamy, until you discover it’s about his childhood insecurity growing up near an orphanage actually called Strawberry Field. Lennon kept his eyes open enough to write songs that were both great pop hits as well as songs that hit you in the gut. “But first you must learn to smile as you kill,” he sang on Working-Class Hero. What a line. God, he was great.

Neil McCormick: These two geniuses drew from each other's talent

When it comes to debating the relative merits of the greatest songwriters in pop history, it is essential to remember that Lennon and McCartney were a team.

They collaborated and competed, and each drew hugely from the other’s natural gifts. They may, in retrospect, seem easy to separate, with diverse skills and distinct strengths. But in the heat of composing their greatest and most globally impactful work, they operated so closely together as to be indistinguishable.

Team Paul can cite his perhaps unequalled melodic flair (And I Love Her), joyful singalongs (Penny Lane) and epic anthems (Let it Be). That is the tip of the iceberg of McCartney’s extravagant gifts. He is one of those rare songwriters for whom lovely melodies tumble out of every assembly of chords and notes, ready to be expanded by dazzling harmonic arrangements that suggest he occupies a near limitless musical and imaginative world. Lyrics can be his weakness, favouring sound over sense.

But this can also lead to fantastically surprising phrases and conjunctions, following his instinct that “the movement you need is on your shoulder”. That’s a line from Hey Jude that McCartney famously felt insecure about until Lennon assured him it was perfect as it was. That’s teamwork.

John Lennon could conjure sublime melodies too (Across the Universe) and joyful singalongs (All You Need Is Love) and showed a particularlyadventurous proclivity for concocting dazzling kaleidoscopic epics that almost defy the imagination (Strawberry Fields Forever).

At his best, there is something singular about Lennon’s work, a sense that no one else could ever have written this. He was a more daring wordsmith than McCartney, and perhaps Lennon’s greatest gift to rock culture was to pioneer a quality of raw, lyrical honesty that sought no separation between the artist and his art.

In their solo careers, McCartney has four decades more music than Lennon to be judged by, which may or may not be to his advantage. Solo Lennon is still defined by such singular 1970s anthems as Jealous Guy and Imagine. McCartney has a new album out every couple of years (some fantastic, some less so) confusing straightforward comparison.

Even as their contributions grew more distinct, there are so many magical songs where Lennon and McCartney themselves never seemed sure where one’s contribution ended and the other’s began. One of Lennon’s most touching ballads is In My Life, which McCartney has claimed to have written the melody to (even if that was not the case, his vertiginous melodic style surely influenced Lennon).

Lennon and McCartney were supremely matched, two complementary geniuses who by some kind of miracle found themselves in the same space and time.

Just like the songwriting credits on the Beatles albums, it is not a question of Lennon or McCartney. It is Lennon and McCartney.