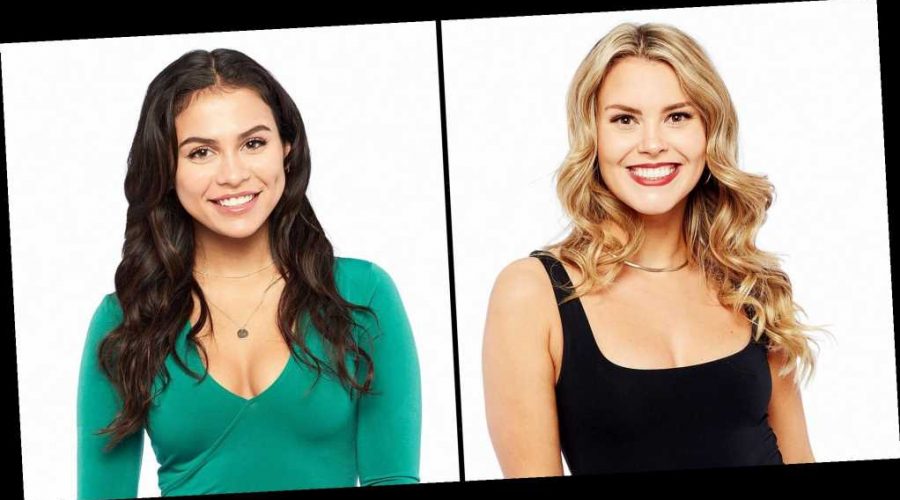 Serious allegations. Matt James met five new women during the Monday, January 25, episode of The Bachelor, which led to drama between Anna and Brittany.

Another Queen! Meet the 5 New Women Entering ‘The Bachelor’

Matt first struggled with Sarah’s sudden departure, but he was able to go on the group date. After he questioned the remaining women’s intentions, he connected with Chelsea, who opened up about her complicated feelings about her hair as a Black woman. He then gave her the group date rose.

Katie, meanwhile, felt it was her duty to quell the bullying in the house. Victoria confronted her for not allowing her to “express” herself through “name-calling.” However, Katie refused to apologize.

At the cocktail party, Anna said she was ready to put the drama aside, but the arrival of five new women — Brittany, Michelle, Ryan, Kim and Catalina — stirred everyone back up. Matt attempted to welcome them to the group, but the original contestants felt disrespected. Matt ultimately sent home Khaylah, Kaili and Kim at the rose ceremony.

Everything Matt James Has Said About His ‘Bachelor’ Journey

Ben Higgins encouraged Matt to try to bring the women together while the former Bachelor hosted an obstacle course group date. The idea of peace seemed great, but Brittany interrupting Anna’s time with Matt complicated matters. Anna subsequently revealed that she heard rumors that Brittany was an “escort” who was “entertaining men for money.” Since both women are from Chicago, Anna said she’d been warned about Brittany and her friendships with wealthy men.

Anna asked Brittany about the allegation, which Brittany denied and called “ridiculous.” Although Anna apologized, the rumor still spread throughout the house and Anna continued to repeat it, while Katie planned to stop the bullying. Bri, for her part, received the group date rose.

Amid the drama, Michelle landed a one-on-one scavenger hunt date with Matt. He recognized qualities in her that he wanted in a wife, so he gave her a rose.

Matt then had another group date made up of women from the original cast. They boxed each other and kept the animosity to a minimum since they respected each other. Matt cut the match short after Serena P. suffered a hit to the nose. They moved on to the afterparty, where the ladies kept insulting the new contestants. Katie again tried to encourage them to be nicer, but when she felt she was not making progress, she shared her concerns with Matt.

Katie told Matt he needed to confront the women about bullying and put an end to rumors that could ruin lives. He insisted that he would not stand for the behavior and vowed to talk to the entire group about the situation.