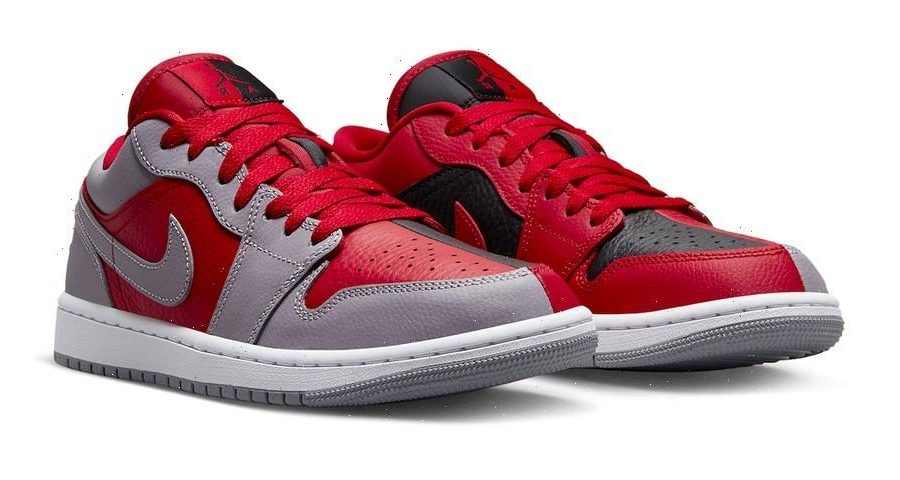 The Jordan Brand has expanded its “Split” series with the reveal of an upcoming new colorway fo the Air Jordan 1 Low SE.

The classic Air Jordan 1 Low silhouette arrives in a trio color scheme that consists of Gym Red, Cement Grey, Black and White. The low-top offering is fully constructed in tumbled leather. The medial features a black and red spit down the middle, while the lateral design comes in red and grey. The Swooshes interchange between red and grey as the nylong tongues split in red and blue. The shoe sits atop a white midsole and grey rubber outsole to round out the design.

The Air Jordan 1 Low SE “Split” is slated to release in select retailers and on Nike for $120 USD.

Elsewhere in footwear, here are the official images of the Nike ZoomX VaporFly NEXT% 2 “For Future Me.”
Source: Read Full Article