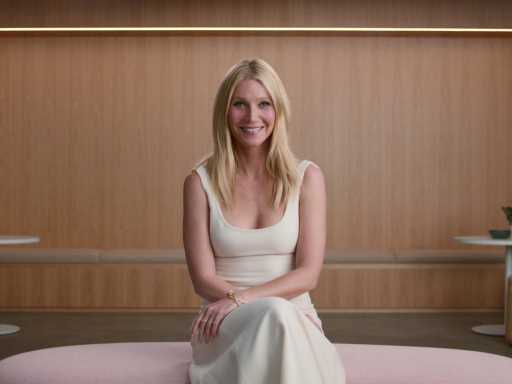 Another year, a new Gwyneth Paltrow Goop docuseries to leave us equal parts perplexed and intrigued. Last year, the actress and lifestyle-brand businesswoman partnered with Netflix to give audiences a look inside Goop’s labs in California. What we saw were some unconventional (and honestly, a bit out-there) approaches to wellness that were nonetheless fascinating.

Now, Paltrow and her team are back with Sex, Love & Goop, a six-part docuseries also on the streaming platform as of Oct 21. The series follows five couples through their sexual and intimacy journeys, as they work with sex- and relationship experts selected by Goop. Each episode focuses on a different aspect of sexual relationships and sexuality. And, of course, it’s all done in the Goop fashion with unorthodox methodologies and practices that we’re still trying to wrap our heads around.

But these unconventional practices aren’t the only things we learned about in the docuseries. We also gleaned a bit more about the Goop founder herself, as Paltrow got vulnerable about her own self-image and her famous parents’ marriage. Suffice it to say there’s a lot going on in this series, but we’ve rounded up five things we learned from the show that are worth repeating. Like the show itself, however, we also want to note that the series is ‘designed to entertain and inform — not provide medical advice.’

Check out five of the wildest revelations and things that we learned from Sex, Love & Goop.