How do you prove which horror movie is truly the scariest? If you’re broadband comparison website BroadbandChoices, you use science. BroadbandChoices recently got in on the Halloween fun by compiling a list of the 50 best horror films, then had 50 people of different ages and cultural backgrounds watch the movies while their heart rates were measured, then looking at the data to see which 35 films of the 50 selected caused the biggest jumps. 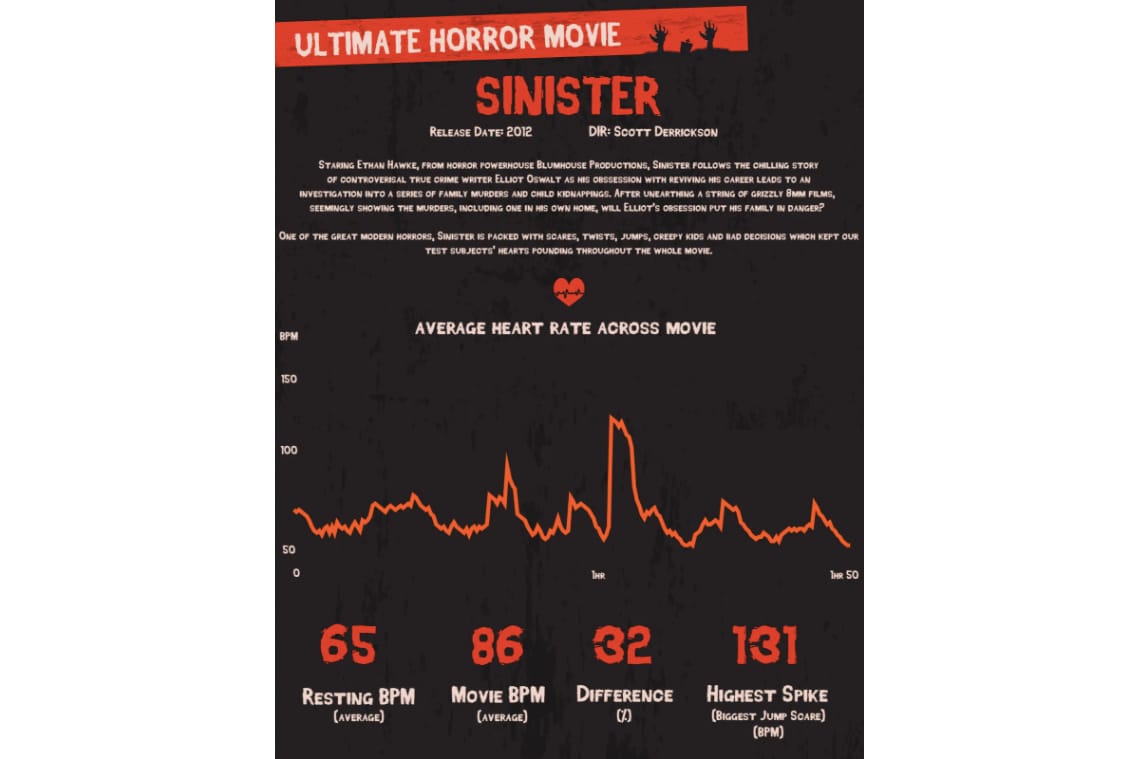 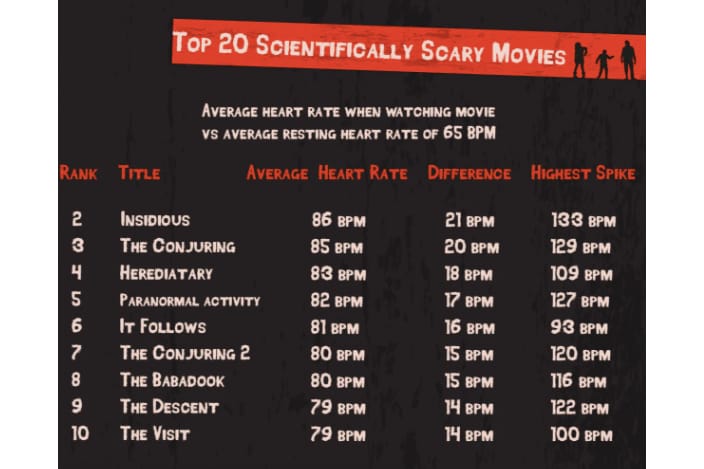 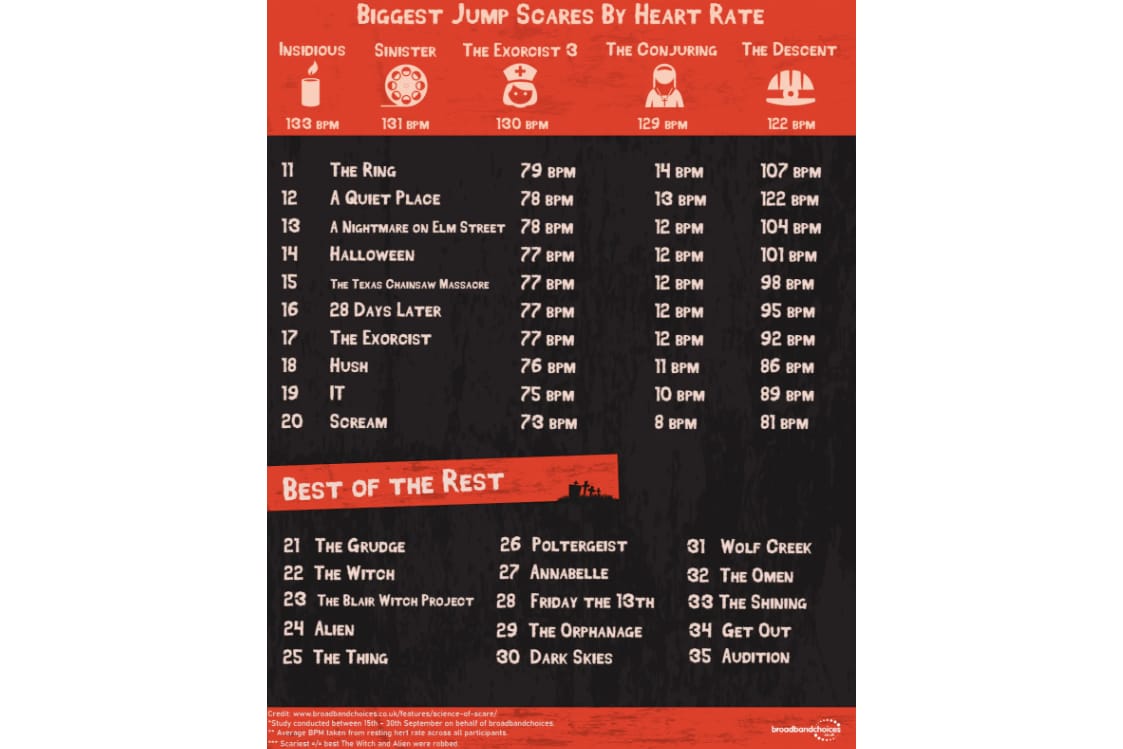 The winner? 2012’s Sinister. A standard resting heart rate is usually around 65 beats per minute (BPM), while the average resting heart rate of participants watching Sinister jumped to 86 BPM, a 32% increase. Sinister‘s biggest jump scare provided a result of 131 BPM, meaning viewers’ hearts were beating twice as fast as usual.

See all 35 of the selections and their detailed stats including average BPM, increase percentage and highest BPM above. For more entertainment news, check out Netflix’s teaser trailer for Pharrell’s upcoming “Voices of Fire” docu-series.
Source: Read Full Article

10/24/2020 Entertainment Comments Off on The 35 Scariest Horror Movies, According to Science
Recent Posts
We and our partners use cookies on this site to improve our service, perform analytics, personalize advertising, measure advertising performance, and remember website preferences.Ok