An immersive work at the Wild Project asks the sole audience member to consider the value of life while role playing as an office worker involved in calculating risk of death. 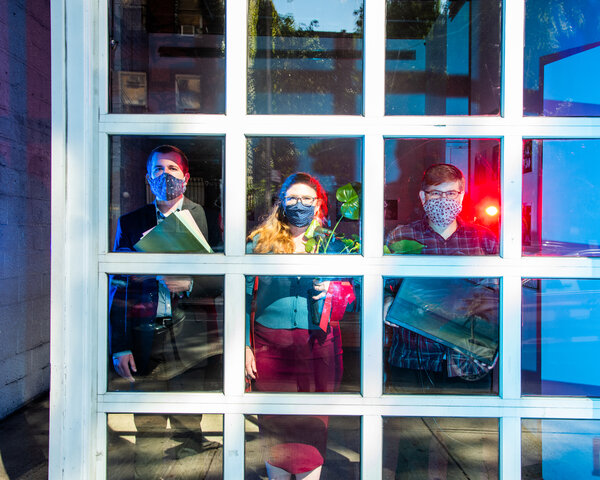 At “temping,” a solo theater experience that begins performances at the Wild Project on Friday, there is only one seat in the house. That seat is an ergonomic office chair, facing an office cubicle. Jiggle the knob to adjust it.

“Theater is all about being in the room with human beings,” Asa Wember, the show’s co-creator and sound designer, said in a recent Zoom meeting. “Can you remove that quality and have it still feel like theater?” Sit down, boot up, find out.

Produced by Dutch Kills Theater and created by Wolf 359, “temping” amalgamates the categories of immersive theater, performance art, installation art and gaming. At each contactless performance, a sole audience member enters the otherwise deserted space (here the lobby, because the Wild Project can legally open as a gallery, not as a theater) and finds a work space outfitted with the everyday detritus of office life — computer, printer, landline phone. 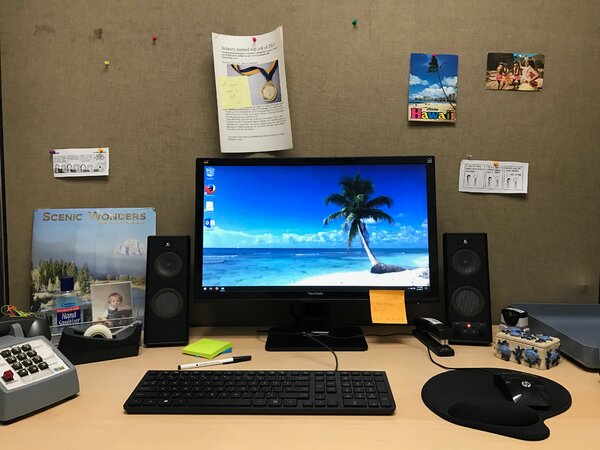 The production casts each participant as a vacation fill-in at a pension actuarial firm, tasked with estimating how long workers will live. During the show, which runs about 45 minutes, emails, voice mail messages and printouts are received, revealing the inner workings of the office. A lot of those messages also demand the completion of various administrative tasks. Your co-star? Microsoft Office Suite. There are more somber messages, too, which demand that you think more concretely about what an individual life is worth.

Go ahead and think of “temping” as live-action role play, with a role that mostly involves data entry. Or an escape room with Excel spreadsheets in place of puzzles. And remember that this firm tracks when and how people die. So good luck escaping mortality.

The director Michael Rau and the playwright Michael Yates Crowley conceived the piece, along with Wember, in 2014, partly to explore digital mediation, partly to see if they could make a show without actors. Rau’s first idea: “Harold Printer,” a Harold Pinter play delivered via laser printer. His colleagues shut that one down fast. Then they hit on the cubicle idea. Crowley wrote the script — emails and spreadsheets, mostly — in a couple of weeks.

In college, Crowley had interned as a pension actuary, updating spreadsheets to reflect the major life events — birth, marriage, divorce, death. He remembered feeling weird about the contrast between these big events and the dispassion with which he keyed them in. Years later, at a subsequent office job, he received a phone call informing him of the death of a close friend and experienced that same disconnect.

“Walking around with this weird emotional secret that you can’t really talk about in an office setting is a profoundly alienating experience,” he said. So he wanted to juxtapose the monotony of office work with a reflection on death and grief. “That’s where the heat is,” he said.

After several trial runs, the production debuted at the 54th New York Film Festival at Lincoln Center. It had subsequent runs at the Future of Storytelling Festival and the American Repertory Theater.

During early performances, Wember and Rau, sitting at tables behind the scenes, manually sent every email and clicked on every cue. “Asa and I were just sweating backstage, as we tried to send emails at roughly the right times,” Rau said. Eventually he used his coding skills to write a program that automates some aspects, such as when emails come through.

“Technology can be just as finicky and demanding and complicated as actors,” Wember said.

Rau agreed. “These computers are dumb as rocks; you have to tell them literally everything to do,” he said.

You can’t always tell audience members what to do, and the creators learned, over 200 or so performances, that many participants couldn’t or wouldn’t comply. One did yoga. One Googled shirtless soccer stars. One tried to pry a bookshelf off the wall in search of secrets. (Are there secrets hidden in and around the cubicle? Maybe.) One refused to do the data entry, à la Bartleby the Scrivener.

Others tried to ace it, flying through emails and spreadsheets. Two left. Many cried. One contacted the production the next day. The show had moved her to quit her job, she said.

In Boston, a group of actuaries came and played through. “They were like, ‘This is pretty much our job,’” Rau said.

What’s a workplace without workplace surveillance? During each performance, two operators spy on the participant via a mirrored monitor and a GoPro camera. This helps the operators redirect and reinforce the performance, altering the pace to keep participants on task, drafting new emails when necessary, like a two-button mouse tutorial, written in the voice of the office’s I.T. person.

“Temping” had a run at the University of Ottawa in the spring of 2019 and a few months later, Wember began to chat with Alley Scott, the artistic director of Dutch Kills Theater, about bringing it to the Edinburgh Festival Fringe the following summer. But of course there was no Fringe this summer, and Dutch Kills’s last production, “The Antelope Party,” had to shut down in March, just before technical rehearsals began at the Wild Project.

Anticipating a quick reopening — an optimism those early, uncertain weeks allowed — Scott pushed that production to the fall. When it became clear that a traditional play couldn’t open now, she remembered “temping.”

On another Zoom call a day earlier, Wember and Scott took four trainee operators, most of them actors who had worked with Dutch Kills before, through the mechanics of the show. “I’m super excited to get back into making art in a really weird time,” Scott said by way of introduction. Then the trainees asked questions, mostly about coronavirus safety.

“Are we sanitizing each thing that someone’s touching?” a young woman asked. “Are we replacing papers? And what are ways that we’re keeping ourselves safe, too?”

A lot of ways. Each audience member will be masked, as are the operators, who will be seated in the back of the actual theater at physically distanced tables. Gloves are available, as is hand sanitizer, and performances are scheduled with half-hour breaks in between to allow for air circulation and thorough disinfection. Anyone feeling ill can cancel or reschedule at any time.

“We need to be as careful as possible,” Scott said. “And that is also not just for us, but so that we can keep the show running, really. Because I can’t function without making art.”

But what does it mean to make art about a workplace when many offices remain shuttered? And why stage a piece that prompts the meditation on one’s own mortality when few people in New York City need that nudge?

The creators argued that “temping,” despite its mortality calculations, isn’t really about death. “It’s a piece about life,” Rau said, “about the ways in which you are spending your time.” Is an hour in an office chair, completing tasks both menial and meaningful, how you want to spend it?

Possibly. Those hand-sanitized minutes of answering emails and updating spreadsheets are just trying to shove you toward the philosophical contemplation of being and time and your choices. Think of that as your severance package.

10/20/2020 Entertainment Comments Off on ‘Temping’ Is a Workplace Drama for One. You’re Hired.
Recent Posts
We and our partners use cookies on this site to improve our service, perform analytics, personalize advertising, measure advertising performance, and remember website preferences.Ok