Jade Roper and Tanner Tolbert aren’t doubting Tayshia Adams and Kaitlyn Bristowe’s abilities to cohost the upcoming 17th season of The Bachelorette, but the Bachelor in Paradise couple is holding out hope for Chris Harrison’s return.

Bachelor Nation Reacts to Chris Harrison Stepping Down After Controversy

“It’s going to be interesting. I think they’ll do a good job. I mean, they’re both very well-spoken and bring a lot to the table,” Tolbert, 34, told Us Weekly while promoting his and Roper’s partnership with Catalina Island’s Once-in-a-Lifetime Zip Line Wedding Festivities.

After Roper, 34, agreed that the former Bachelorettes have a “strong presence” and “will do a fantastic job” helping Katie Thurston on her journey, Tolbert added he isn’t giving up on Harrison, 49, who stepped back from the franchise after he came under fire for his defense of Rachael Kirkconnell’s past racially insensitive actions.

“I think they’ll do a good job, although I’m a CH fan. I still hope there’s some sort of resolution there just because, I mean, he is the face of the show,” Tolbert told Us. “So it’ll be interesting to see how it goes. I’m sure ratings will be down a little bit this year. … If I had to guess, I think ratings will be down because I think there will be a certain section of people that say, like, ‘I’m not watching without Chris Harrison.’ Even though that’s kind of a silly take because the show is still the show, but it’ll be interesting to see what happens moving forward.” 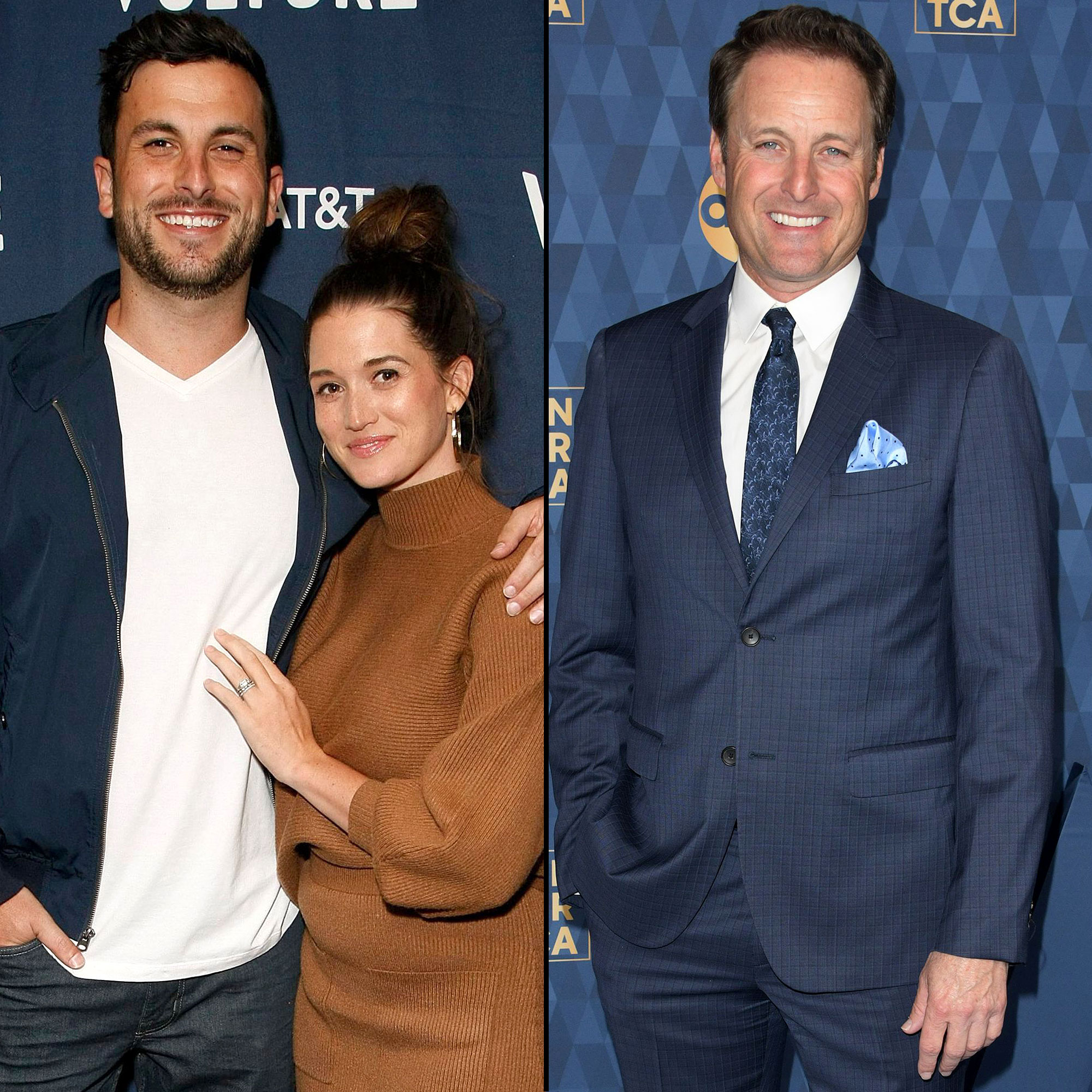 When asked by his wife if he thinks Harrison will get another shot, Tolbert was conflicted.

“I thought Chris would be back when this all happened initially, like, I was like, ‘Oh, he’ll be back for sure. … he’ll just take off one season or whatever the case may be.’ But I haven’t heard any rumors,” he said. “[But] the longer it is in between, like, the more doubtful I become.”

Harrison, who apologized twice for his past remarks, officiated Roper and Tolbert’s nuptials in 2016. While the couple are now busy raising daughter Emmy, 3, and sons Brooks, 21 months, and Reed, 5 months, they reminisced on their big day during their chat with Us as they prepared to help other duos “take the plunge” with a thrilling Zip Line wedding provided by Catalina Island Company.

“I feel like it’s almost trending now to do more, like, adventure weddings. People get married and they get [married] like right on top of mountains now. And it’s just more intimate weddings, especially now it’s COVID, but they’re doing a zip line wedding, so it’ll be really fun too. We’re witnesses,” Roper explained.

Tolbert admitted that he’s “secretly jealous” of the winning pairs. “Obviously, we got married on TV as part of the thing, but the show did a really good job of making it not feel like a production, like, they’d let us bring a ton of our family and friends,” he recalled. “So it didn’t feel like we were there with a bunch of producers and castmates only.”

Roper added, “They did make us memorize our vows, which was nerve-wracking. I feel like the whole day getting ready. All I was doing was, like, trying to remember my vows. … Both of us pulled through somehow. I don’t know. I feel like it was like that blackout moment where I’m like, I don’t remember what I even said.”

05/13/2021 Entertainment Comments Off on Tanner Tolbert: ‘Bachelorette’ Ratings Will Be Down Without Chris Harrison
Recent Posts