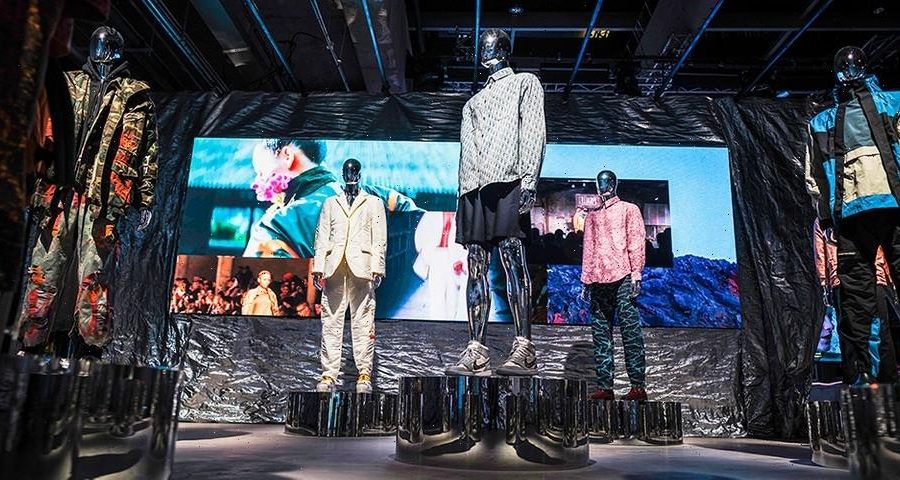 London-based agency Kennedy has opened the doors to Style in Revolt, a new exhibition telling the story of 40 years of street culture and streetwear. The exhibition at T-10/SKP-S Beijing is the first of its kind in China, and has been curated by leading figures including Nike’s Fraser Cooke, Stüssy and adidas alumni Paul Mittleman, creative consultant Sami Janjer, and Acyde Odunlami of No Vacancy Inn.

Style in Revolt is separated into three separate sections, each of which covers an important area of the subject matter. The first section is titled “The Genesis” and covers 1982 to 2005, before leading into “The Boom” (2000-2021) and, finally, “The Now” (2015-2021). These sections all explore “the cross-pollination of fashion, music, art and design from graffiti, skate culture and streetwear’s influence on contemporary culture today. As much a mindset as it is a fashion archetype, this exhibition tells the story of how streetwear began in various pockets of youth culture and their moments of revolt.”

As well as the impressive list of curators, the exhibition has also worked with leading labels and designers. Contributors include some of the biggest names in the streetwear world such as Kim Jones, Hiroshi Fujiwara, NIGO and the late Virgil Abloh, as well as brands ranging from Supreme and Palace to Dior and Off-White™. Exhibits include original artworks and never before seen objects, as well as a fully functioning basketball court designed by Pigalle and III Studios, which will play host to live events and screenings.

Throughout its four month run, Style in Revolt will be dropping a weekly exclusive capsule from brands including Sacai, 1017 ALYX 9SM, Stüssy, Patta, Off-White™, AMBUSH, Slam Jam and more. The latest release is in partnership with Aries, and sees the London label recreate some of its most popular archive graphics.

Style in Revolt is open now at T-10/SKP-S, and will run until March 2022.
Source: Read Full Article