Her funeral was reportedly held at their home in New York City earlier this week. Her cause of death has not been revealed.

Around 20 guests were at the service and they reportedly included Buscemi’s Big Lebowski co-star John Turturro and his wife Aida Turturro from The Sopranos.

Andres was known for her film/dance/light experimental performance art in the 1980s and also directed music and art videos.

The couple married in 1987, and Andres won acclaim in 1996 for her film Black Kites which was shown at the Sundance, Berlin, and Toronto festivals. 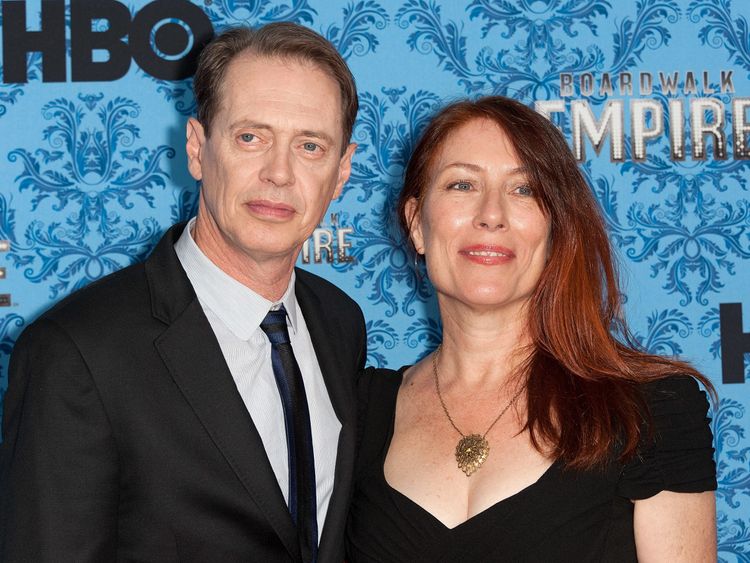 Andres’ website describes the film, based on 1992 journals of Bosnian visual artist Alma Hajric, who was forced into a shelter during the Sarajevo siege, as “non-linear, dreamlike and spectral”.

Andres and Buscemi attended their final event together seven months ago in New York City.

During an interview in 2009, the Boardwalk Empire and Reservoir Dogs star, 61, said his favourite work of art was “something by my wife Jo Andres. She paints, she makes films, she has done performance”.

Andres was also a dance consultant to the acclaimed Wooster Group.

And she was artist in residence at leading universities, museums and art colonies, including Yaddo and The Rockefeller Study Centre in Bellagio, Italy.

Related posts:
01/12/2019 Entertainment Comments Off on Steve Buscemi's filmmaker wife of 31 years, Jo Andres, has died
Recent Posts
We and our partners use cookies on this site to improve our service, perform analytics, personalize advertising, measure advertising performance, and remember website preferences.Ok