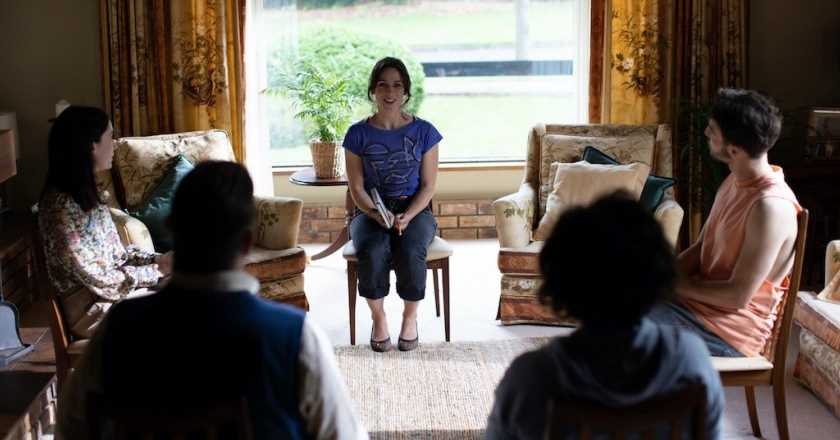 It’s a truth universally acknowledged that no matter how self-assured and successful we become during adulthood, visiting family has the unique ability to make us feel – and even act – like a child again. Whether it’s an inappropriate comment from an uncle during the holiday season, a backhanded compliment from your brother-in-law or a constant drip feed of parental enquiries about your significant other, even the most level-headed person can lose their cool when their nearest and dearest are in the same room.

Yep, finding ourselves around family members is a struggle at the best of times, but things can get all the more complicated when we’re not able to jump in the car and head back home to decompress afterwards, as we find out in BritBox’s hilarious new comedy-drama series The Dry.

Conversations with Friends: the BBC have just released the trailer for the upcoming Sally Rooney adaptation series

Starring Roisin Gallagher (The Fall, Nowhere Special), the new eight-part series follows the story of Shiv Sheridan, who returns home to Dublin after years of partying in London.

Back on home soil, she’s sober and full of good intentions. That is, until she steps foot into the Sheridan residence once more and discovers that staying on “the dry” is much harder than she anticipated when dealing with the joyful chaos and dark absurdities of family life.

The series will follow Shiv as she attempts to navigate this new phase of her life alongside the issues and truths that none of her family members want to face – and in the hilarious trailer, we get a glimpse of just a few of the revelations waiting to see the light of day. Take a look:

If the plot has captured your curiosity, then you’ll also be intrigued to know that the show comes from excellent screenwriting pedigree. Penned by award-winning playwright and screenwriter Nancy Harris (Dates) and directed by Paddy Breathnach (Viva, Rosie), the show is being created with the producers of the record-breaking adaptation of Sally Rooney’s Normal People, Element Pictures, in association with Fís Eireann/Screen Ireland and ITV Studios, in partnership with RTÉ.

All that’s left to do is mark your diaries, because this is definitely one TV show you’ll want top of your watchlist.

All episodes of The Dry stream exclusively on BritBox UK from 5 May 2022.