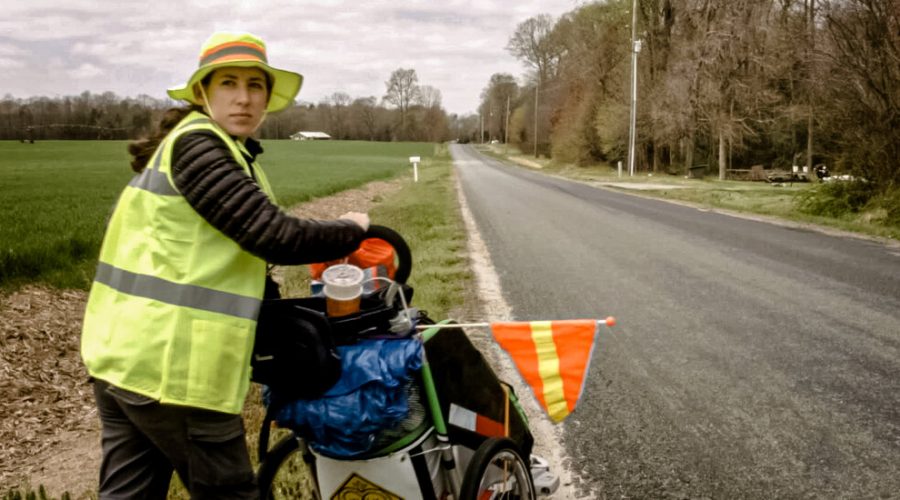 “You gotta get a gimmick if you wanna get applause.”

When Stephen Sondheim placed this timeless showbiz advice in the classic musical “Gypsy,” he was referring to stripping. If dancing seductively while taking your clothes off is not enough to win over an audience, imagine the challenge of telling jokes in a crowded stand-up scene. In her debut, “Specialish,” Jessica Watkins puts it this way: “You need more than comedy. You need a shtick.”

For Watkins, this meant pushing a cart across America on highways and through woods, sleeping in a tent and filming this lonely trek while doing sets in small spaces from New York to California. An odd mix of stand-up special and “Nomadland,” her effort is both exceptional and characteristic of the try-anything moment in comedy, one in which many performers are fusing forms, mixing onstage with off, merry with melancholy, written jokes with music, improv or other elements.

Bo Burnham’s buzzy “Inside” (Netflix) packaged a solo show inside a musical. Next month, Tig Notaro releases a fully animated stand-up special. But the fastest growing comedy hybrid is the stand-up documentary. Shots of the comic backstage once bookended the jokes, but now scenes of the life of the comic regularly introduce, respond to and buttress the performance. It’s no surprise that the winners of the 2020 Oscar for best documentary feature made Dave Chappelle’s next movie, “This Time This Place,” a chronicle of, among other things, performing in his hometown Yellow Springs, Ohio, during the pandemic.

“Specialish” (available on major digital platforms) is an example of the strengths and pitfalls of this high-concept approach: While it added scenic drama and beauty to her strenuous journey, it eventually overwhelmed the comedy. In explaining why she’s pushing a cart on her trip, she quips, “I wanted to look more homeless.” Such punch lines hit less hard than interludes in her life. The stand-up often seems incidental if not out of place, even a distraction from the main event. 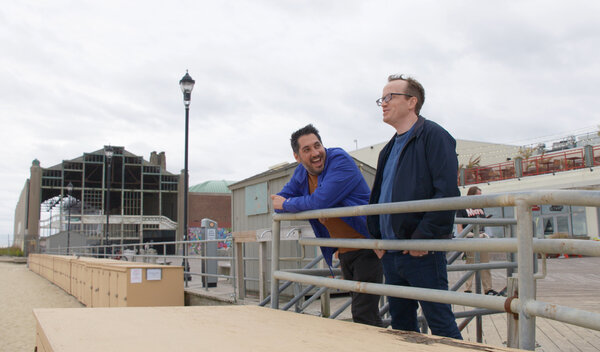 In recent months, Rory Scovel, Chris Gethard and Carmen Christopher put out more modestly focused specials that mix stand-up with behind-the-scenes footage. Each is experimental in different ways. In “Live Without Fear” (available on YouTube), Scovel, a dynamic and inventive performer who has delivered some of the funniest sets I have ever seen, set himself the task of making up six shows completely on the spot: stand-up merged with improv. His goal was to capture the spontaneity of creation while weaving in post-show commentary on what went wrong.

Shot by Scott Moran with sensitivity to the rhythm of jokes, Scovel’s performances are riveting high-wire acts, not as refined as a normal set but displaying the drunken thrill of a party conversation starting to take off. Scovel brings titanic aggression leavened by patience, toying with words, searching for the funny parts, filibustering a premise and biding his time, waiting for inspiration to strike. Many of his best improvisations begin with simple observational premises — the weirdness of the phrase “getting on your high horse” — then move into puns (“pot-smoking horses”) followed by absurdity (“That’s where the show ‘Mr. Ed’ comes from”) and a coda with bizarre rage (“Tell me I’m wrong!”).

If Scovel courts failure, Christopher hugs it tightly in “Street Special,” a deadpan, self-consciously awkward special, one of the first produced on Peacock. Carrying his own microphone, Christopher set up shop on New York street corners during the pandemic, surprising nervous pedestrians with jokes. At the start, he interrupts outdoor diners at the East Village spot Veselka by announcing that he just got engaged. After some lonely applause, annoyed glances and some quintessential New York indifference, he said he was kidding, that he has been single for seven years and that he just wanted to see what it felt like to have people excited for him.

This cringe comedy will divide viewers. He satirizes certain kinds of hack comedy but finds an oddball spirit all its own. Christopher doesn’t just capture the anxious atmosphere of pandemic-era city life. He exploits it to jack up the tension in a joke.

He also shows up as the opening act in Chris Gethard’s special “Half My Life” (on major digital platforms), a chronicle of a road trip alongside a portrait of a comic in a midlife crisis. Gethard is a New York comedy institution whose many projects include the popular podcast “Beautiful/Anonymous,” which features conversations with a stranger. But now, with a newborn at home, he sounds surprisingly ambivalent about his two-decade career, calling himself the king of the “near sellout” and wondering aloud about his passion for performing. “I think I still love comedy, but my back hurts and I’m tired,” he says.

In his work, Gethard is known for wandering down dark avenues, but “Half My Life” actually evolves into a lightly fun special. He’s smart enough to drill down on his best bit — a series of jokes about Gatorland, an amusement park in Orlando that competes with Disney World — and concludes by becoming what is surely the first stand-up to perform for an audience exclusively of alligators.

If there’s a fusion of forms that approaches the popularity of the documentary-stand-up mix, it’s that of the marriage between comedy and music. While many comics use music in their jokes, the new album by Josh Johnson (on Apple Music) is the first I have heard that puts stand-up bits side by side with earnestly produced songs. Johnson is a rising star, a “Daily Show” writer who emerged from the pandemic with this album, as well as a sharply observed special on Comedy Central that is a better showcase for his joke writing. The album, billed as “part millennial escapism, part Negro spiritual,” is a mixed bag that follows a joke about how love should be regulated (“There’s nothing someone hasn’t done for crack that they haven’t done for love”) with an R&B song.

Sometimes, the connections between the comedy and the music are hard to detect. It’s right there in its title — “Elusive.”

The great thing about standup is that it’s a bare-bones art. Anyone with a voice can do it. And traditionalists have a point when they roll their eyes, insisting that comics should just get to the jokes. These specials have more unnecessary or unfinished elements than the best comedy. (Scovel’s “Live Without Fear” includes a side plot about the history of the theater he performs in that doesn’t quite come together.)

But it’s a mistake to be too cynical about efforts to push the form or to borrow from new sources, because that’s what will keep comedy growing. Even if the new adventurousness in specials is rooted in gimmickry, I still welcome it. The stand-up special is too young an art to become set in its ways.