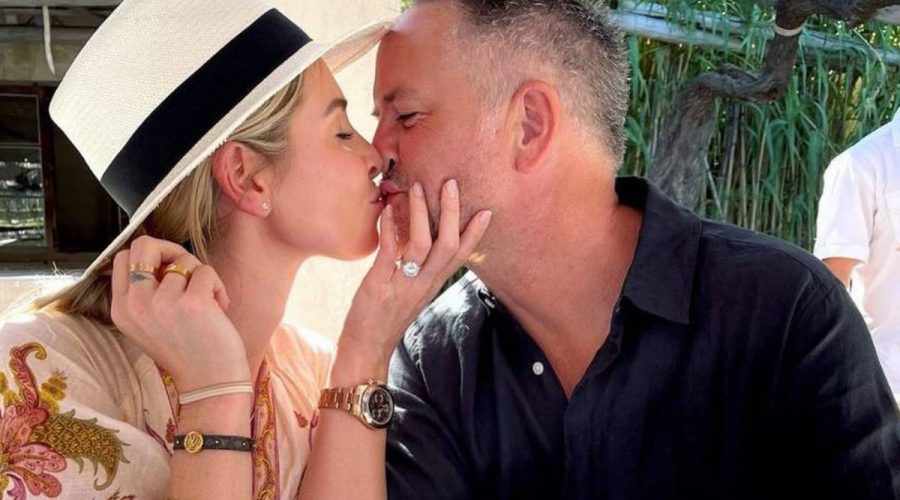 Wyborn made Spy’s recent Generations list. He is the son of Mark Wyborn, one of the original founders of Viaduct Holdings. Justin is a director of VHH and of Wyborn Capital and Managing Director of Vantage Group.

Vernon, who originally hailed from Takapuna and worked in the clothing industry, posted a loved-up engagement picture of herself and her new fiance in France.

“St Tropez with fiance. Easiest yes of my life,” she wrote.

While on the French Riviera the couple caught up with fellow Auckland rich-listers, property developers Simon and Paula Herbert before heading to the watering hole of the rich and famous, Hotel du Cap-Eden-Roc in Antibes, north of St Tropez.

The Herberts, who returned to Auckland to enjoy the America’s Cup with their luxurious superyacht, are back in Europe for social and business catch-ups.

Last weekend they entertained fellow Aucklander and now Monaco-based David Ring and his Aussie husband, James Vaile, as well as London-based Kiwi Sam Sargent at a white party. The Herberts have been in Ibiza and are expected to spend the northern summer taking in their favourite Mediterranean ports.

Another Auckland rich-lister, Steve Owen — who returned to Auckland for the summer — has also been enjoying the Italian stretch of the riviera on his mammoth boat.

Daughter Kim is back in Europe, but hasn’t reached the coast yet, instead enjoying her “It” girl status in London among the Mayfair set, as the city emerges from lockdowns.

Meanwhile, also escaping the NZ winter is Chrystelle Baran of Auckland antique showroom Baran de Bordeaux. She is in Paris with husband Nick Ferneyhough and will spend time collecting stock for their Auckland showroom.

“Oh Paris how I missed you! So good to be back,” Baran posted to Instagram with a chic photo of herself last week.

Top chef Nick Honeyman, of Ponsonby’s Paris Butter, is back in the South of France with wife Sina and their two young daughters. The family has returned to run their summer-only restaurant, Le Petit Leon in Saint-Leon-sur-Vezere in the Dordogne region of southwestern France.