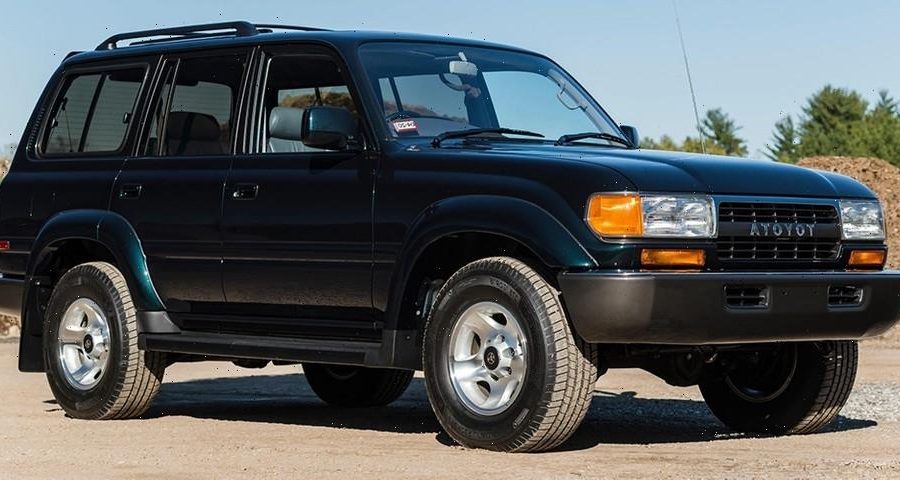 Classic Japanese cars are no stranger to rising prices as of late — check out this Honda Integra Type R or Nissan R34 Skyline GT-R V-Spec if you need reminding — but never did anyone think a 1994 Toyota Land Cruiser FZJ80 would fit the bill for rising prices and demand.

Well, that’s exactly what has just happened over on Bring a Trailer. Selling for $136,000 USD (you read that right), this Land Cruiser comes with just 1,000 miles from new — again, something else that’s incredibly shocking, as these SUVs are workhorses and are typically found with many, many more miles on the clock.

Finished in “Dark Emerald Pearl” over gray leather, the Land Cruiser is in almost pristine condition. The car’s polished 16” rims are immaculate, the engine bay is clean, and the only sign of wear might be inside where the seats have a few added crinkles (note, not the original plushy pleats — they’re a very ’90s stylistic choice).

It comes fitted with a 4.5-liter straight-six paired to a four-speed automatic transmission and a two-speed transfer case, that combined, power the car along with 212 HP and 275 lb-ft of torque. This slice of retro offroading goodness comes with lots of ’90s styling, from the power-operated sunroof, receiver hitch, rear spoiler, luggage rack, power antenna, sliding cargo-area windows, and split tailgate to the interior options that include woodgrain accents, a CD and cassette stereo, and Weathertech floor mats.

For those still in disbelief as to why this 1994 Toyota Land Cruise FZJ80 fetched $136,000 USD at auction, take a closer look at the car on Bring a Trailer’s website.

In case you missed it, check out the latest issue of DRIVERS. This time around, jeffstaple talks about his 2010 Mercedes-Benz GLK 350 4MATIC.
Source: Read Full Article