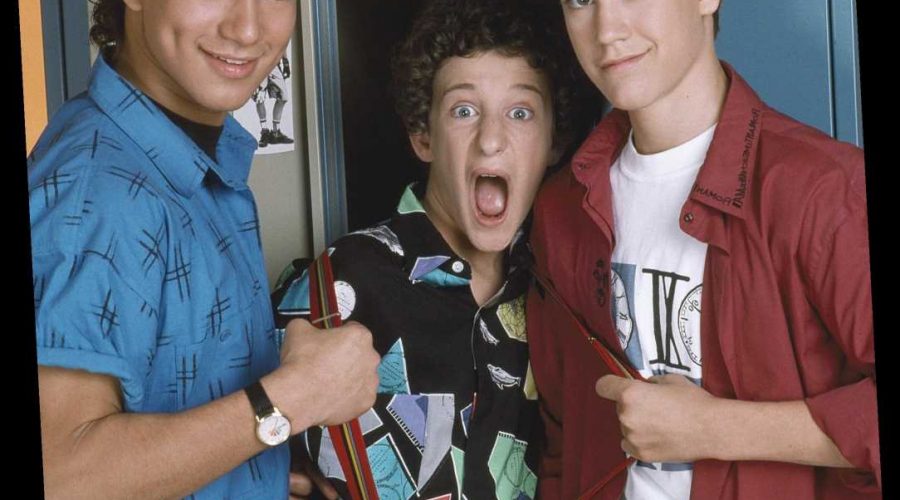 Dustin Diamond, known as Samuel “Screech” Powers on the NBC sitcom “Saved by the Bell,” died on Monday, reportedly due to stage 4 lung cancer. The 44-year-old was only recently diagnosed with the condition.

Following news of his death, the actor and comedian’s “Saved by the Bell” co-stars posted messages and tributes, sending prayers and condolences to Diamond’s family.

Mario Lopez, who played A.C. Slater on the show, led the way, saying, “Dustin, you will be missed my man. The fragility of this life is something never to be taken for granted. Prayers for your family will continue on.”

Lopez’s statement was quickly followed by a tribute from Tiffani Thiessen, aka Kelly Kapowski, saying she was “deeply saddened by the news.”

“Life is extremely fragile and it’s something we should never take for granted. God speed Dustin,” Thiessen wrote.

Mark-Paul Gosselaar, better known as Zack Morris, echoed that he was “deeply saddened,” and he called his old co-star a “true comic genius.”

“My sincere condolences to his family and friends. Looking back at our time working together, I will miss those raw, brilliant sparks that only he was able to produce. A pie in your face, my comrade,” he wrote.

In 2009, Diamond published a tell-all book, “Behind the Bell,” which was particularly unflattering to his former sitcom co-stars. However, the actor would later apologize for it, saying it was the work of a ghostwriter.

Though Diamond wasn’t in the “Saved by the Bell” reboot on Peacock, he seemed to be on good terms with his former cast mates in recent years. In 2016, he sat down for an interview with Lopez and explained how he was also appalled by the book. In 2019, Gosselaar reportedly told The Hollywood Reporter’s “Awards Chatter” podcast he had no grudge with Diamond.

Lopez previously posted about Diamond’s diagnosis in January, calling it “heartbreaking” and wishing him a speedy recovery.