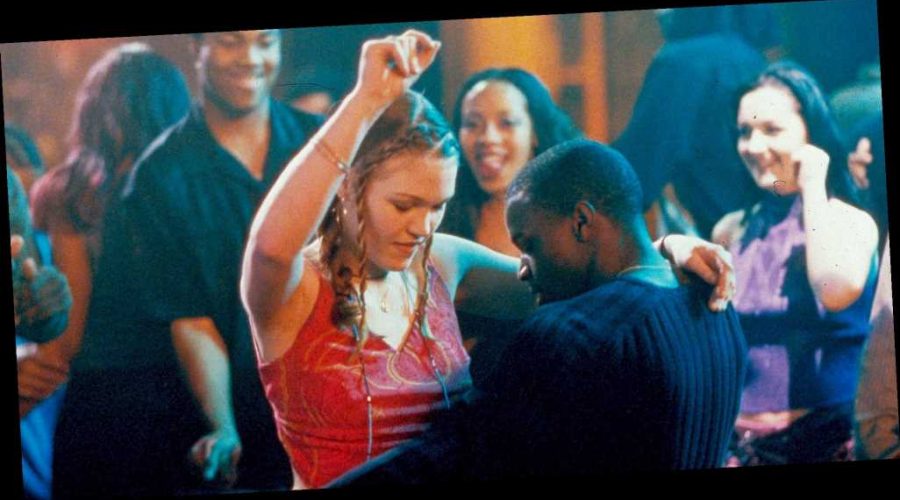 Leave it all on the floor! Before they became household names, Julia Stiles, Kerry Washington and more stars danced for their lives in 2001’s Save the Last Dance.

The teen drama follows Sara Johnson (Stiles), a promising young ballerina who has her heart set on attending the prestigious Juilliard School in New York City. After her big audition goes wrong and her mother dies unexpectedly, Sara gives up ballet and moves to the Southside of Chicago to live with her father (Terry Kinney). While there, she’s introduced to hip-hop and begins to broaden her dance horizons with the help of Georgetown University-bound Derek Reynolds (Sean Patrick Thomas).

Save the Last Dance quickly became a hit, grossing more than $130 million worldwide and spawning a straight-to-DVD sequel, which debuted in 2006. Though Stiles didn’t return for the second film, she wasn’t completely out of her comfort zone when pulling off the intricate choreography. Looking back on Save the Last Dance in 2014, the New York City native told Us Weekly that her moves at Bogey Lowenstein’s party in 10 Things I Hate About You helped her stay on beat in the dance flick.

“That’s how I got the job in Save the Last Dance, by the way, I think it was from that scene,” she joked at the time. “That’s what I was told.”

Despite having some prior dance experience, Stiles still worked hard to earn her spot and didn’t want to use a stunt double for her more complex scenes. Just 19 when the film was released, she felt like she “had to constantly prove [herself] as a dancer” on set.

“I was like, ‘I understand you’re going to have to double on pointe because I can’t do pointe, but everything else has to be me,’” she explained in a 2001 interview. “And I told them I didn’t want them to bring a hip-hop double in. … We focused more on the hip-hop [scenes] and I was more comfortable with it [but] with the ballet stuff, I just had to work really hard to do as well as I could.”

Adjusting to the different movement styles was a challenge, but one that Stiles was ready to face head-on. “Everyone’s expecting that you’re not going to be able to dance well because you’re the actress,” she said at the time. “The first time we shot one of the ballet things I was shaking. And when we’d done a couple of takes, I was able to relax.”

Scroll down to learn where the cast of Save the Last Dance is now!

01/12/2021 Entertainment Comments Off on 'Save the Last Dance' Cast: Where Are They Now?
Recent Posts
We and our partners use cookies on this site to improve our service, perform analytics, personalize advertising, measure advertising performance, and remember website preferences.Ok