The Oscar-winning director and producer, known for films including A Beautiful Mind, Frost/Nixon and of course, Apollo 13, spoke out ahead of the start of the second series of MARS, the National Geographic show about the Red Planet which portrays what life could really be like once humans arrive there.

The operative word there is once: for executive producer Howard, the idea of surviving on Mars is no longer “just a great adventure story”. “The thing that surprised me is colonising Mars, for any of the real deep thinkers, is important but it’s not the end,” he told Sky News.

“It would be a very important next step to finding planets that are more hospitable, to that Star Trek deep space exploration that really could provide a much friendlier planet that’s much easier for human beings to adapt to.

“It just gives more impetus to invest in the resources in that ongoing exploration of Mars and space.”

As fans of the first series will know, MARS follows a hybrid format – alternating scripted and documentary sequences to predict what life will be like on the Red Planet, forecasted by what is happening on Earth today.

It means dramatic storylines are interspersed with clips from on-camera experts – dubbed “big thinkers” and including SpaceX’s Elon Musk and former NASA astronaut Leland Melvin – who help explain to the viewer the opportunities and problems awaiting humans in an environment 54.7 million kilometres from Earth. Howard says the themes of space exploration and Mars in particular have always appealed to audiences.

“I think human beings by our nature are explorers,” he says. “While some corners of the Earth have not been fully explored yet, most have, and the oceans as well.

“I think that having been to the moon, the great question for many people is where next and why would we go.

“Mars is a tantalising possibility. It’s a great challenge but it’s also an ideal jumping off place for even deeper space exploration, and many also feel that if human beings do not continue to explore that there’s a possibility, that there’s no guarantee that they can extend the existence of the species beyond Earth.

“These are the two things that fuel our fascination. Aside from that, it’s just fun and very dramatic because it becomes a great human interest story with a lot of excitement.

“It’s a very forbidding place to try to exist but it is possible.

“As Elon Musk has said, it’s important to try to go now because we have the capability now. It’s possible, but it would be presumptuous to assume that human beings will always be able to go because things do change on this planet, and we should take advantage of this moment of technological discovery and breakthroughs… and push the boundaries.

“When I first began working on MARS I thought it was just a good adventure story, frankly, that would inspire people to think about what’s possible.

“As I’ve done the research and participated in these interviews and making these episodes I now really believe in not only the viability but the need to push for this exploration.”

Tantalising as it may be, Howard told Sky News he doesn’t think he would make the trip himself.

“I love directing and producing movies and television. I think it’s going to be a long time before they need directors on Mars, so I don’t know what I would do with myself, other than look around,” he said.

“And it’s a very long trip to just go look around. I think you have to want to work or make a future there. I think my future still continues to be here on Earth telling stories that I really believe in and want to share.” 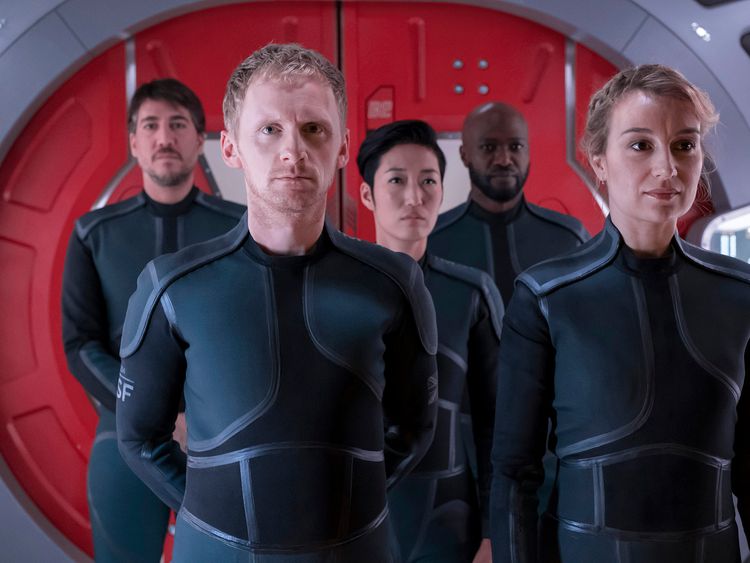 This series of MARS takes place in the year 2042, five years after the conclusion of the first season, following a successful maiden mission to the Red Planet.

Howard says the show is a “rare opportunity” to give TV audiences a show that “works on a lot of levels”.

“It stops feeling like science fiction and begins to feel like you’re witnessing real events unfold,” he says. “I think that’s unusual, it’s experimental and I’m thrilled to have been a part of the experiment.”

He continues: “I think everyone involved likes the fact the show is not posing the question, should we go to Mars? It’s moving past that and instead is offering audiences a sense of what it will be like.”

:: MARS returns for a second season on Sunday at 8pm on National Geographic