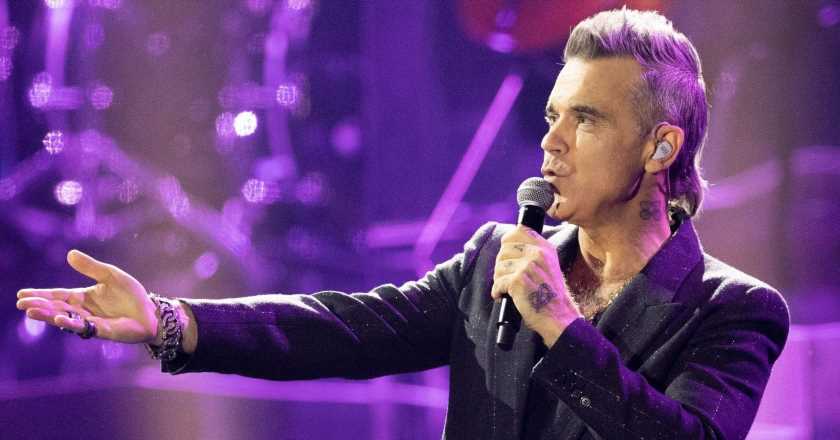 Netflix will be giving us an inside look into the life of one of Britain’s most notable music personas. In preparation, we take a glimpse into what the documentary is set to cover and remind ourselves of the incredible history of Robbie Williams.

When it comes to British pop icons, Robbie Williams is up there with the best of them.

But for all his glitz and extravagance, how well do we really know the superstar? We think we have all the facts when it comes to the singer’s Take That roots, and we’ve all definitely stood up on the table during a work party and warbled Angels at the top of our lungs into a phone doubling as a microphone.

My Mind & Me: Selena Gomez’s new Apple TV+ documentary trailer is a candid look at her mental health journey

But when it comes to what we don’t know about the inner workings of Williams’s history, Netflix has us covered. The streaming giant has partnered with the singer to provide us with unprecedented access to his life and offer an insight into what made him the mighty star he is today.

In the as-yet-untitled series, we’ll follow Williams through years of media scrutiny, struggles with addiction and, of course, the Take That breakup that shook the world to its core.

Combining new interviews and footage from 25 years’ worth of media archives, the documentary will shed a light on the harsh realities of fame, a story that has followed Williams ever since he was thrust into the spotlight.

The series will be executively produced by Asif Kapadia, the documentarian renowned for taking on other famous subjects in Amy, Diego Maradona and Senna.

So, just how intimate will this portrait of Williams be? Well, according to the man himself, nothing is off the table. In an interview with the New Zealand radio station Newstalk, Williams teased: “It’ll be full of sex and drugs and mental illness. I’m more likely than most people to leave everything in. I very rarely, if ever, have said, ‘That’s too much, take it off’. I normally think that it’s not enough.”

Williams is certainly a man with a story to tell. Not surprising, since he’s been on the scene for decades.

He began his career in 1989, the fifth member of boy band sensation Take That. Back then, though, the band was (mercifully) briefly named Kick it.

Doesn’t quite have the same ring to it, does it?

When it comes to their legacy, Take That walked so One Direction could fly. They became immensely popular after a string of hits in the late 90s, skyrocketing them to fame.

Robbie was the band’s quintessential ‘bad boy’, and fans were devastated when it was announced that he would be leaving the band in 1995. He would then go on to start a solo career that gave his name musical immortality.

In 1997, Williams released Angels, a single that would become and remain his bestselling single of all time.

But if there’s one thing we’re dying to see, it’s a better look at the creation of his most controversial music video to date, Rock DJ. The unforgettable video was released in 2000 and focused on Williams dancing centre stage in front of a crowd of nonplussed women. He continues to strip down until he is fresh out of clothes, at which point he begins to remove his own flesh. It was a shocking thing to see in a mainstream video, and many music networks, including MTV, chose to end the video before things got really gruesome.

Over the years, Williams would go on to expand his musical repertoire with big band sounds with the Swing When You’re Winning album, reach out into new business ventures (including starting a football club during his time living in Los Angeles) and breaking records with his Close Encounters tour, where he sold 1.6 million tickets in a single day. He would even briefly reunite with the original members of Take That in 2010, much to the delight of fans.

Williams has since had a highly successful solo career, with best-selling singles and record-breaking tours

Robbie Williams has not been without his troubles, with drug addiction complicating his life from a young age and almost harming his career after his swift exit from Take That, the star was also haunted by alcoholism and struggles with depression.

But Williams has remained open about his mental health trials, even saying that he’d like to make a documentary focusing on the dark side of fame and fortune in an interview with Rolling Stone.

“I’m sure that in five or 10 years’ time, if you sit down with One Direction, to a man, they’re all going to have their -isms that have been caused by this machine,” he said. “I want to do a documentary about it. Maybe we should do it together. About boy bands and girl bands and what really happens. Why fame does that to you.”

Does Spotify Wrapped fill with you dread? You’re not alone

It’s clear that Robbie Williams is just as keen to share the intricate details of his adventurous and ever-changing world as we are to hear about it. Williams epitomises what it means to be a star, and if anyone has an insight into the muddled and chaotic world of the music industry and how that can impact a person, it’s him.

The documentary, sadly, isn’t due to hit Netflix until 2023, but until then, catch us listening to Rock DJ on repeat.