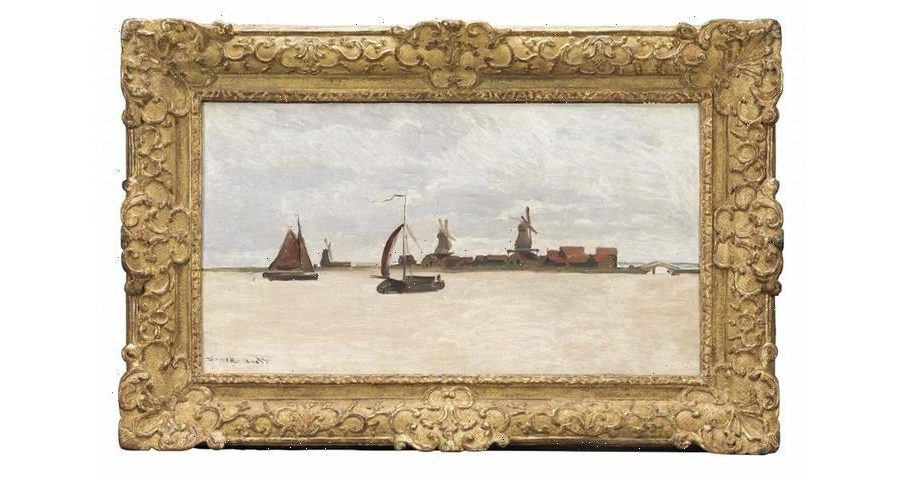 On Sunday morning, the Zaans Museum in the Netherlands was a crime scene as two robbers attempted to steal a famed Claude Monet painting. At 10:35 AM, one of the gunmen took Monet’s De Voorzaan en de Westerhem (1871) painting and headed toward the exit, where his partner was waiting on a motorcycle. Shots were fired as a bystander looked to stop the robbery, but thankfully no one was hurt. As the thieves looked to get away, one of the members accidentally dropped the painting while mounting the motorcycle and ditched the scene altogether.

“They don’t seem like professionals,” stated art detective, Arthur Brand, in an interview with NH News. He commented on the sheer amateurism of the robbers’ attempt, stating “you cannot leave unseen because there are many tourists and they already have the cameras ready. Then I also heard something about a fallen wig. It does not seem well thought out.”

Purchased by the Zaans Museum in 2015 for nearly $1.4m USD, Monet’s De Voorzaan en de Westerhem (1871) was the institution’s biggest purchase until that point. The museum is located in the north Dutch town of Zaandaam, where the painting is believed to have been created by the artist when he visited the town in the 1870s. The museum has closed doors to inspect the art for damages and will reopen on August 17.

In other art news, Afghan museums are racing to save artifacts as the Taliban gains control of the country.
Source: Read Full Article