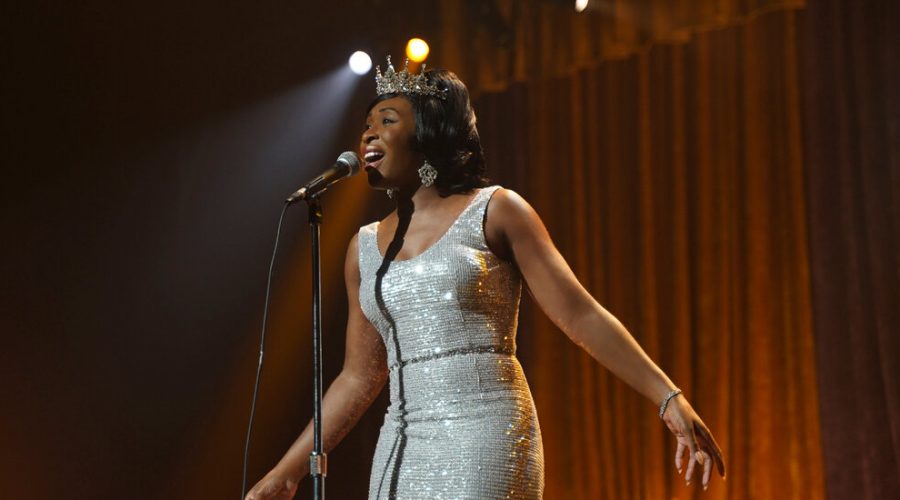 At a recording session in 1967, Aretha Franklin (Cynthia Erivo) sits at the piano and plays a chord none of her studio musicians recognize. It’s “funky,” one of them says. But it’s also “celestial.” Earth and heaven. Body and soul.

To create something new out of nothing more than vibrations in the air is as good a definition of genius as any. And it expands on the definition implied in the first two seasons of National Geographic’s bio-anthology, which focused on Albert Einstein and Pablo Picasso. These “Think Different” poster stars were not exactly out-of-the-box choices, and “Genius,” its title notwithstanding, plodded in that mushy middle ground where dutiful biography meets mediocre storytelling.

Choosing Franklin, who died in 2018, for Season 3 is a statement, not just because it breaks the series’s Great Man pattern to focus on a Black, female popular entertainer. It’s also an extension of Franklin’s own career-long project: to be recognized not simply as a volcanic performer but as a thoughtful interpreter, artist and creator.

So “Genius: Aretha,” which airs eight episodes over four nights starting Sunday, has an argument, and an opportunity to shake up the format. It does — sometimes.

The new “Genius” spends most of its time in routine music-biopic mode: exposition, childhood traumas, historical checkpoints. But in the moments when it finds its groove, thanks to Erivo’s incandescent performance and its insight into Franklin’s process, it socks it to us.

The showrunner, Suzan-Lori Parks (a Pulitzer Prize winner for her play “Topdog/Underdog”) hopscotches decades in her narrative. One thread follows Franklin through the meat of her career (from her 1960s breakthrough to the 1970s, in the seven episodes screened for critics). The other has Little Re (a luminous Shaian Jordan) finding her voice, literally and figuratively, as the daughter of C.L. Franklin (Courtney B. Vance), a high-profile pastor in Detroit.

The elder Franklin was a civil-rights advocate and gospel-caravan preacher, who, as people say of him, loved Saturday night as much as Sunday morning. The breakup of his marriage over his infidelities weighs on Little Re and the older Queen of Soul. But as a performer in his own right — Vance finds the rolling-thunder musicality in his sermons — he recognizes and promotes his daughter’s talent early. (He also keeps a hand in her career long into her adulthood.)

The indispensability of the Black church to American culture — it gave our song music and lyrics — is a through line of “Aretha.” (It would make a good companion to PBS’s recent “The Black Church.”) Another through line: Franklin’s determination to maintain her independence and vision among the men in her life, first C.L., then her first husband and manager, Ted White (Malcolm Barrett), given to jealous fits and violent tantrums.

Unfortunately for those hoping to hear the hits, “Aretha” did not have the rights to “Respect” and “(You Make Me Feel Like) A Natural Woman.” But this shifts the season’s focus toward more unexpected, artistically revealing choices, like her finding the gospel sway in Elton John’s “Border Song.”

It’s no surprise that Erivo, a Grammy and Tony winner for “The Color Purple,” can re-create Franklin’s gale-force vocals. But her performance is more than imitation. It’s an idea of the character, her passion and dignity, her release and control, the way that music transports her.

Projecting confidence and protecting her image is key to Franklin, in an industry that would gladly tell her who she is. After a frustrating effort to break out as a jazz singer, she forms a long, sometimes contentious partnership with the producer Jerry Wexler, a curiously cast David Cross. (Fairly or not, it’s hard not to see and hear Cross’s “Arrested Development” persona in his bearing and speech; while the show brings the funk, he brings the Fünke.) 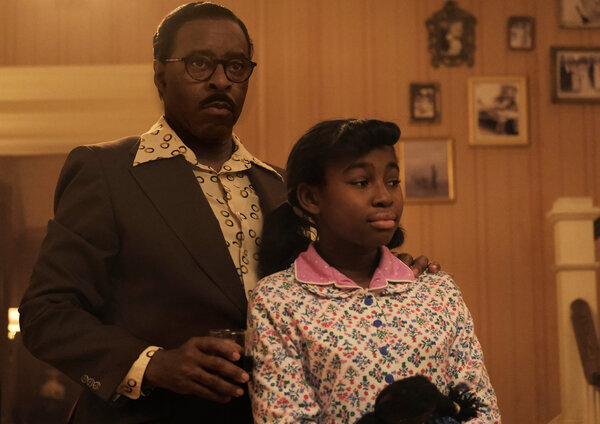 The most interesting parts of “Aretha” are in the stage and the studio, not just for the excellently produced songs but also for the series’s rendering of her art. Franklin, as “Aretha” presents her, knows who she is.

She is a musician, not formally trained, but with an acute producer’s ear. (During one session she has someone return an empty pizza box to the top of her piano for the ineffable tone it gives the instrument.)

She is Black, and Blackness becomes increasingly central to her music and her politics — which are also rooted in her early church experience. (Her conversations with the family friend Martin Luther King Jr., played by Ethan Henry, recall the discussions in “One Night in Miami” about the obligations of the Black artist.)

All these aspects converge in the sixth episode, about the recording of her 1972 live album, “Amazing Grace,” at the New Temple Missionary Baptist Church in Los Angeles, filmed by Sydney Pollack for a movie that would stay in the can for nearly a half century. Just as the performance synthesized Franklin’s history and identity, her personal vision and community consciousness, so the episode brings together the threads of “Aretha.” It might have made a strong movie, or the centerpiece of a more tightly focused series.

But “Aretha” feels bound, like the earlier “Genius” seasons, to give us the usual encyclopedia entry of life moments. The high points are connected by overfamiliar biopic beats and historical moments conveyed through TV news broadcasts. The scripts and the direction hold the viewer’s hand, using melodramatic scoring and imagery and blunt dialogue. (“You’ll get there,” Wexler says, “when you realize you’re Aretha Franklin and nobody else.”)

While the series has an animating sense of Franklin as an artist, she is a moving target as a person. Her determination could make her difficult, with colleagues and family, and “Aretha” faces this — when, for instance, she undercuts her sister Carolyn (Rebecca Naomi Jones), also an aspiring singer. But the series sometimes seems caught in the void created by Franklin’s careful image management; the central figure turns reserved and enigmatic at key moments.

This adds up to a revealing portrait of Franklin’s art inside a fuzzier bio-series of her life, which is a trade-off, but better than the reverse. After all, the name of the franchise is “Genius,” and Parks’s story sings convincingly of why Franklin deserves the same title as Einstein and Picasso. “Aretha” is a vibrant effort to give her artistry some R-E-S-P-E-C-T, even if we don’t entirely find out what it means to her.